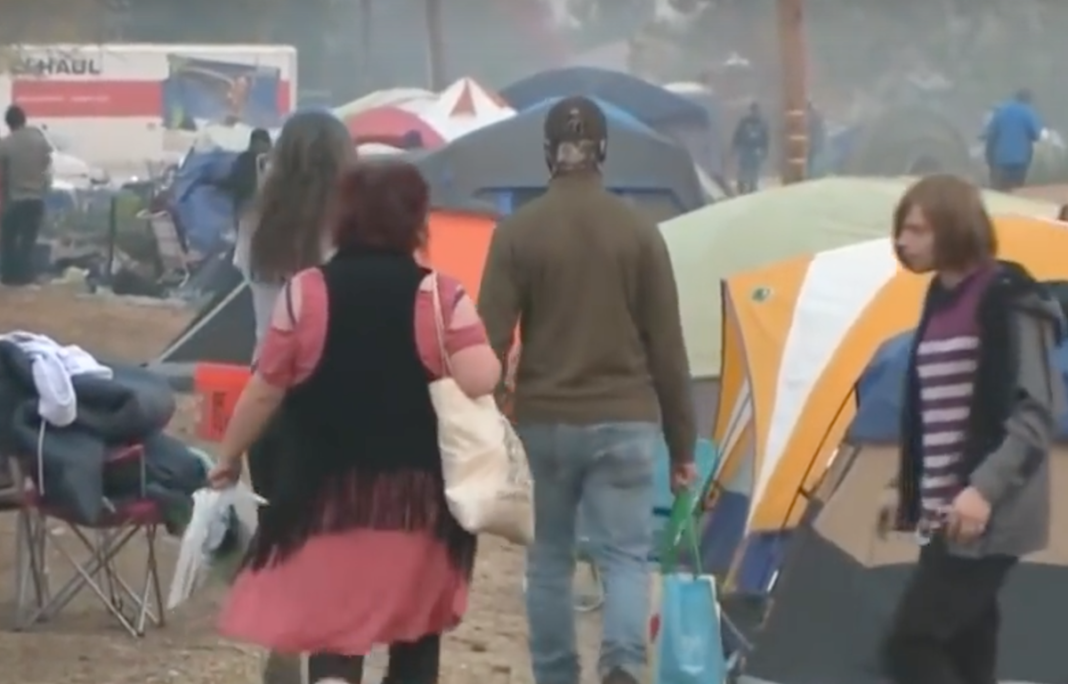 Hundreds of evacuees from California’s deadliest wildfire, the Camp Fire are trying to survive in a massive pop-up shanty town of tents and cars set up at a Walmart parking lot next to a busy freeway in Chico. They are calling it “Wallywood,” which the Sacramento Bee called “a mash-up of the store’s name and a sardonic nod to the opulence of Hollywood.”

There are no health care workers and the evacuees are living off of the generosity of volunteers. Thankfully, there has been a massive supply of donations from the community. Now Walmart and Butte County officials are pressuring the homeless people to move on to government-designated shelters, but many don’t want to go. 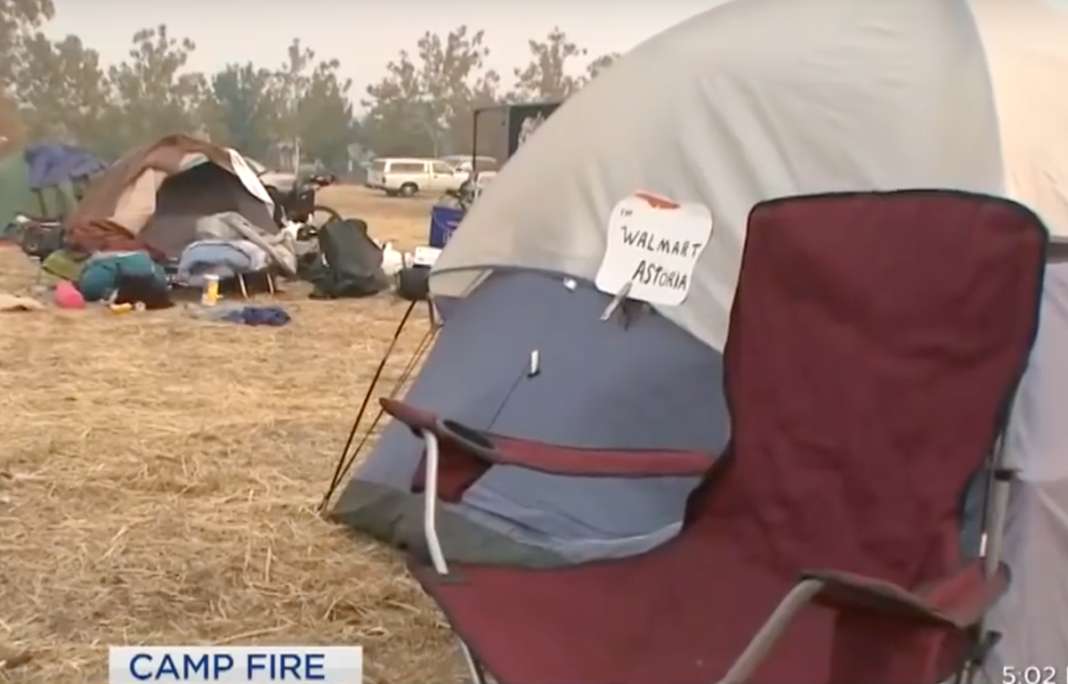 Wallywood tents in a Walmart parking lot in Chico

It will take years to rebuild the town of 27,000, and after losing their homes and resources in the fire, now evacuees are being asked to move again even though they have nowhere to go and may have no transportation to get there.

“When you have a disaster at all, you’re going to run out of places to put people.”

“A disaster of this magnitude is unprecedented,” said Pastor Ron Zimmer.

A Walmart spokeswoman, Delia Garcia said she was concerned about freezing rain that is coming. The Wallywood residents are surviving in tents and will face the freezing cold with little protection from the elements.

“We continue to be concerned about the health, safety and well-being of the individuals remaining on our property and have been working cooperatively with city, county and state officials and local non-profits to increase capacity at local shelters and help create good temporary housing options,” Garcia said.

Although a new shelter opened up 28 miles away in Gridley, with hot showers, food, and beds, Wallywood residents hesitate to move on. They have heard about outbreaks of norovirus at other shelters and don’t want to go to an unfamiliar place.

They hope the evacuation orders will be lifted soon and don’t want to be far away from their former homes, but the outlook is looking grim. It may take months before they can return, and even then, they may have to rebuild on nothing but ashes.

“We tried to get back up to see our houses yesterday and they said it’s going to be four months.”

Now even as Walmart and officials try to pressure the people out, the shanty town is starting to feel more permanent to those living there. They are sharing the resources with the area homeless, who have been living nearby in another row of tents called “skid row.” The conditions for all are now one and the same.

With little hope of going back to the way Paradise was before the Camp Fire, the survivors hope and plan for a better life as they live one day at a time in the ruins. It’s a growing humanitarian crisis in a Walmart parking lot, and over a hundred people are still missing.

While Whitaker said that she was amazed by the people she had seen who brought supplies and food, things were starting to get tense.

“It’s really been a blessing and kept us going, but it’s sad that already it’s getting a little scary,” she said.

See the video from AP Archive below: