She buys homeless man a meal and sits with him. Then he hands her crumpled note before leaving 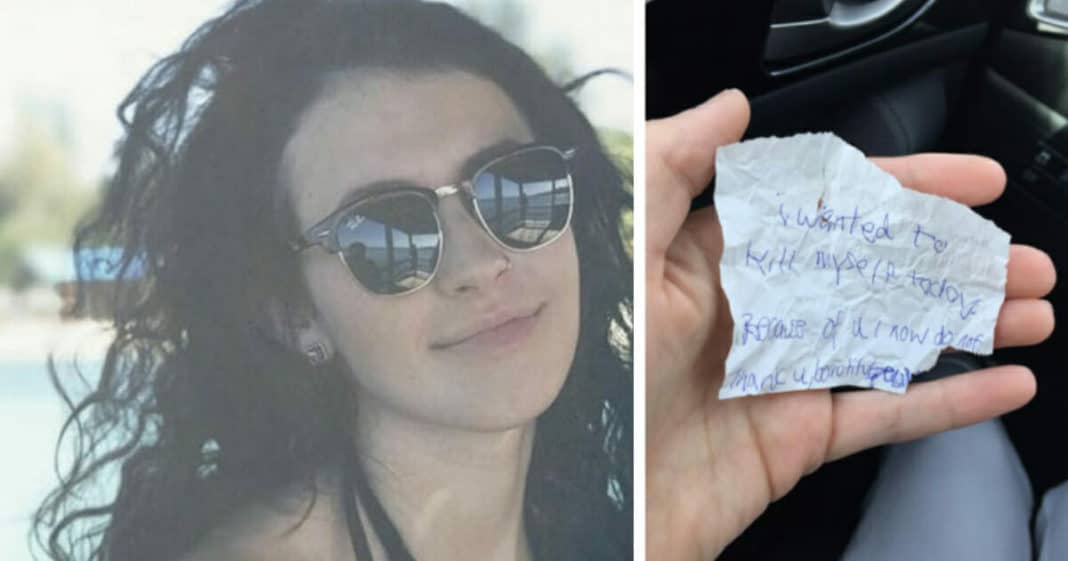 We never know how we can influence the lives and destinies of those we meet; even if we just greet one another in passing, we can’t know how our interactions with others can impact their day.

On any given evening, there are over 565,000 people in America left without a place to lay their heads. One fateful morning at a local Dunkin Donuts, Casey Fischer met someone named Chris who was homeless. Casey’s account of her interaction with Chris is touching hearts around the internet.

At first, she ignored the guy searching for change in the restaurant’s parking lot. She didn’t pay him much attention. He ended up standing beside her in line. It’s what took place next that shook this young mother to her core. Casey was so deeply moved by her meeting with Chris, she wrote about the experience on social media:

“Today I went to Dunkin [Donuts] and saw a homeless guy sitting on the side of the road,  picking up change.

“Eventually I saw him stroll into Dunkin, [and] as he was counting his change to buy something I  began to get super annoying and talk to him over and over again (even when he didn’t want to talk).

.“He told me a lot about how people are usually very mean to him because he’s homeless, how drugs  turned him into the person he hated, he lost his mom to cancer, he never knew his dad and he just  wants to be someone his mom would be proud of (along with another hour’s worth of conversation).”

I imagine for Chris, having someone look at him with kindness instead of annoyance was balm to his battered spirit. It’s a rarity someone will be so candid and open with a total stranger. But maybe Chris sensed Casey’s benevolence and that made it easier for him.

“This lovely man’s name was Chris, and Chris was one of the most honest and sincere people I’ve ever met.

“After realizing I really need to get back to class, Chris asked me to wait so he can write something down for me.

“Handing me a crumpled up receipt he apologizes for having shaky handwriting, smiled, and left.

“I opened his note, and this was it: ‘I wanted to kill myself today because of you I now do not.  Thank you, beautiful person.'”

"Today I went to Dunkin' Donuts and saw a clearly homeless guy sitting on the side of the road and picking up change….

What a shocking realization. Casey’s simple interaction and gesture saved Chris’s life. She gave the young man hope. It doesn’t take much to leave a positive imprint on someone’s day. Happiness can be found in the darkest of moments. These minutes can be had over a hot cup of coffee and a bagel and small conversation with a kind stranger.

Don’t ever underestimate that what you do for someone isn’t enough. It might just be what they needed at the right time.