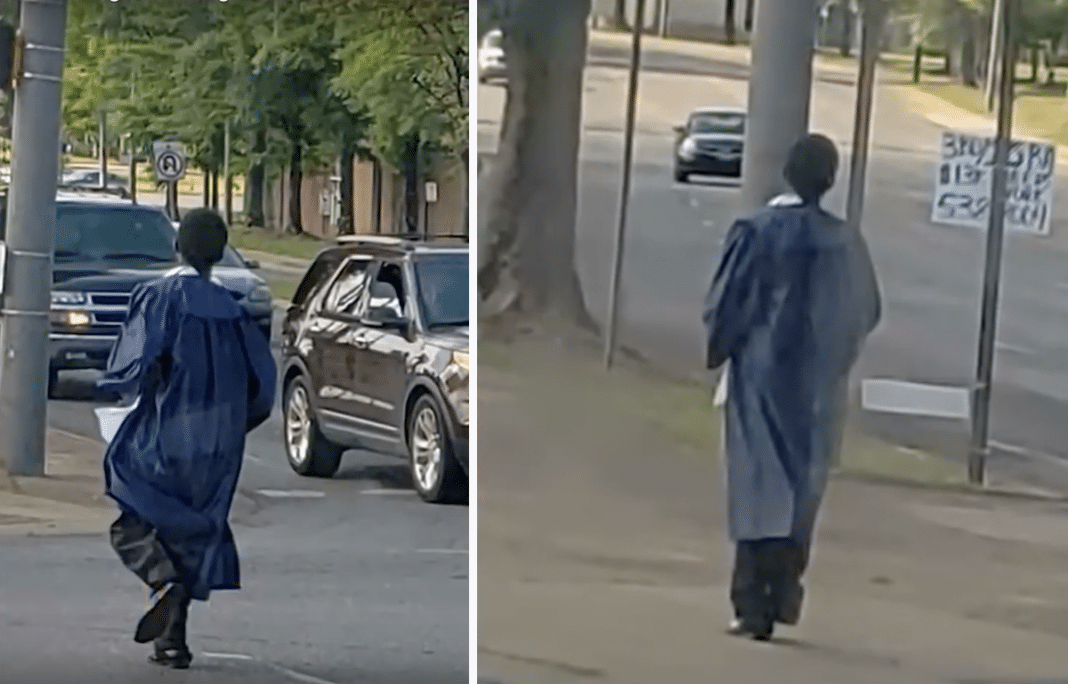 19-year-old Corey Patrick graduated from Tarrant High School in Birmingham, Alabama on May 17. It was an exciting day and one that he was determined to see. Unlike many of the students, he had no means of transportation. He got up between 4 – 5 a.m. every morning for a year, walked to the bus stop, and then rode for 20 minutes across town to school.

Last year, Corey moved across town to live with his mother. It was much farther to go to his familiar school, but he didn’t want to leave his classmates behind. He was bound and determined to finish his senior year at the school.

He caught the Max Transit bus every morning. He would do the same thing on graduation day, but this time it was different since he was conspicuously wearing his cap and gown.

The bus driver saw Corey and took pictures, sharing them on Facebook. The story went viral. He had touched the hearts of people across the country and inspired them with his determination.

“It had been a long year. I finally accomplished my goal,” said Corey.

He had set out to accomplish his goal and succeeded, to the delight of his mom. 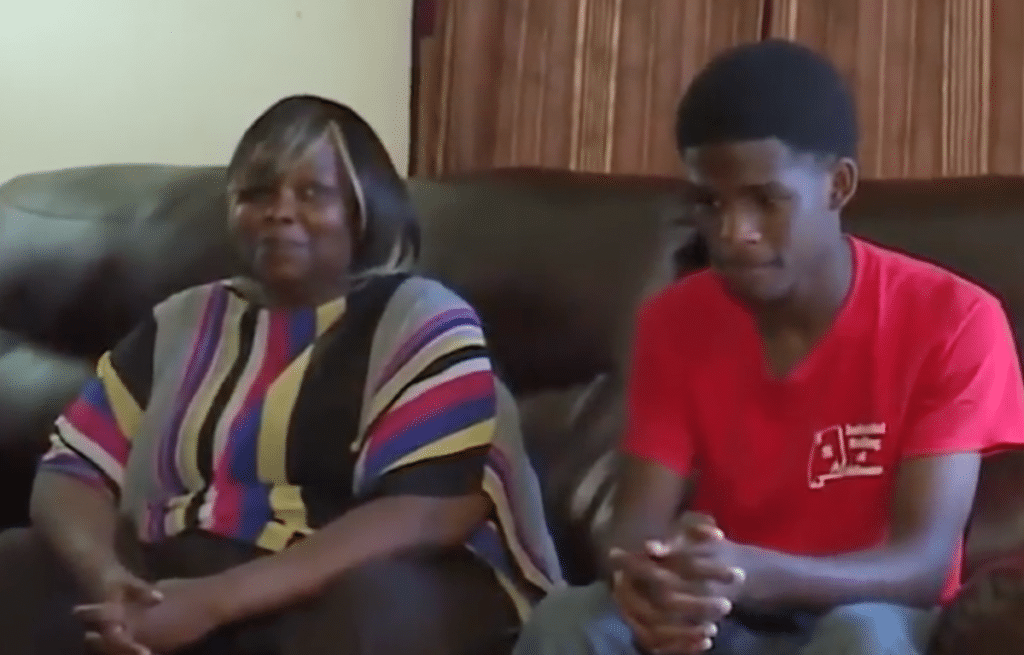 Corey and his proud mom

The day after graduation, Corey went to work.

Little did the new graduate know, but his story had captured the attention of many in his community. National radio personality and Birmingham native Rickey Smiley invited him to the station for an unexpected surprise.

He wouldn’t have to take the bus anymore, as the station gave him a new Jeep. Smiley called him the “definition of determination” and wanted to reward him for his good example. 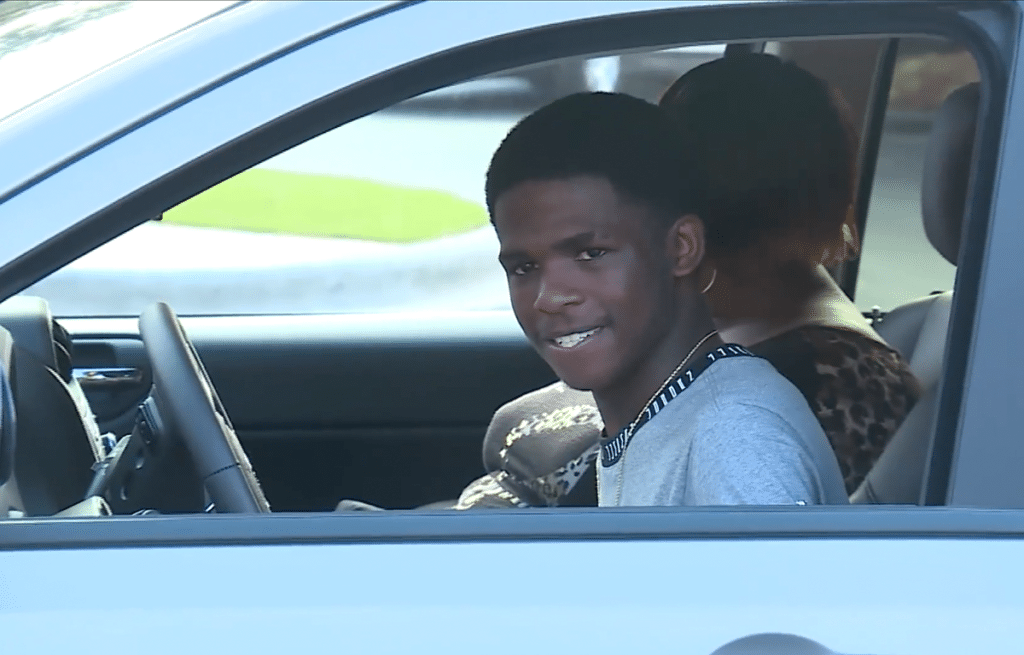 Corey in his brand new Jeep with Mom

Smiley even arranged help for Corey to study for the test to get his driver’s license.

But that’s not all. Corey also received donations from GoFundMe page to help him with his goal of going to college to study computer science. He has raised over $22 thousand dollars as of this writing.

See him get a car from Jamz Morning host, Rickey Smiley below:

National radio personality, comedian and Birmingham native Rickey Smiley blessed Birmingham teen, Corey Patrick with a brand new Jeep this morning. Patrick doesn't have his driver's license yet, but he will be getting them this summer. A photo of Patrick went viral after it was snapped by a Max Transit driver that showed the teen walking to his bus stop to go to his high school graduation. Corey's family didn't own a car and for the past year and he had to wake up at 4 a.m. to walk to his Birmingham bus stop to get to Tarrant High School, more than 20 minutes away, after he moved out of the school zone. It was his dream to finish his senior year with his classmates.