Bus Driver Surprises Passengers When She Slams On Brakes, But Then They Realize Why 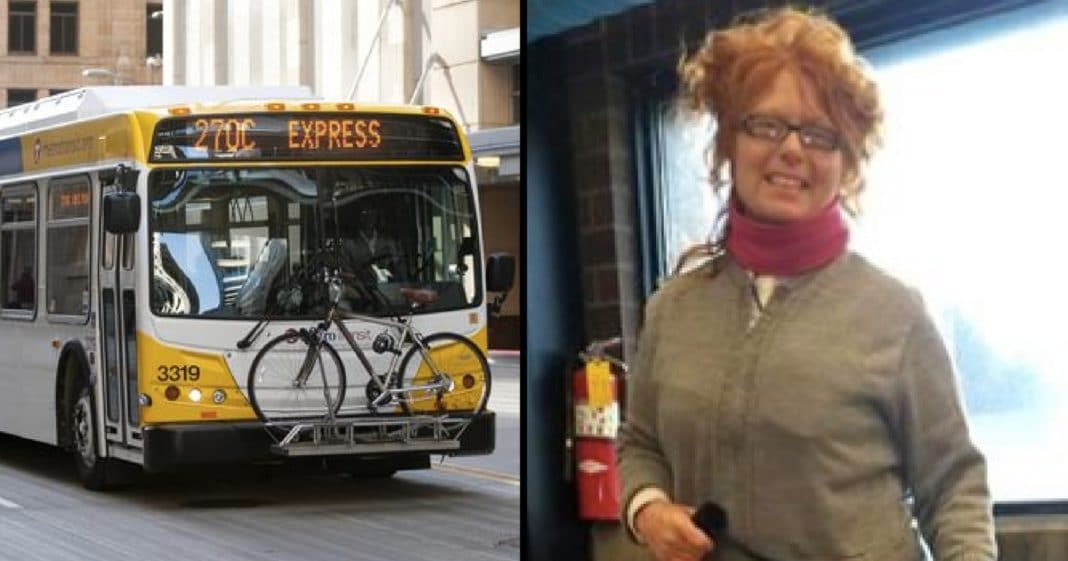 If you looked at Cynthia Burda’s resume it would say “bus driver” at the top of the list, but perhaps she should put “animal lover” instead.

Cynthia drives the Number 5 bus for the Minneapolis Metro Transit and passengers rely on her to get them where they need to be on time.

On a recent route, though, Cynthia made an unscheduled pickup; but thankfully it doesn’t seem like any of her passengers minded.

Cynthia was in the middle of her regular route when she noticed something at one of the bus stops that tugged at her heart.

A dog was sitting there, all alone, eating some fries out of the garbage.

While many people would have just kept driving, Cynthia knew she couldn’t do that.

She radioed the garage and asked if it would be okay for her to pick up the stray dog. She wanted to bring him back to the bus terminal where animal control could pick him up and make sure he was taken care of.

She received a big “yes” back on the radio, and the passengers on her bus agreed to let her make the unplanned stop.

Cynthia fashioned a makeshift leash out of a strap and carefully approached the dog. She was able to bring him onto the bus where he immediately cozied up to one of the other passengers.

Once Cynthia got the bus back to the garage Minneapolis Animal Control came by to pick up the stray. It turns out the dog was lost, and they were able to reunite him with his very grateful owner!

“They were all just ecstatic about this dog,” she said later. “It made everybody’s day. The whole bus was really joyful.”

Did you love reading the happy ending to this story as much as we did? So share this!