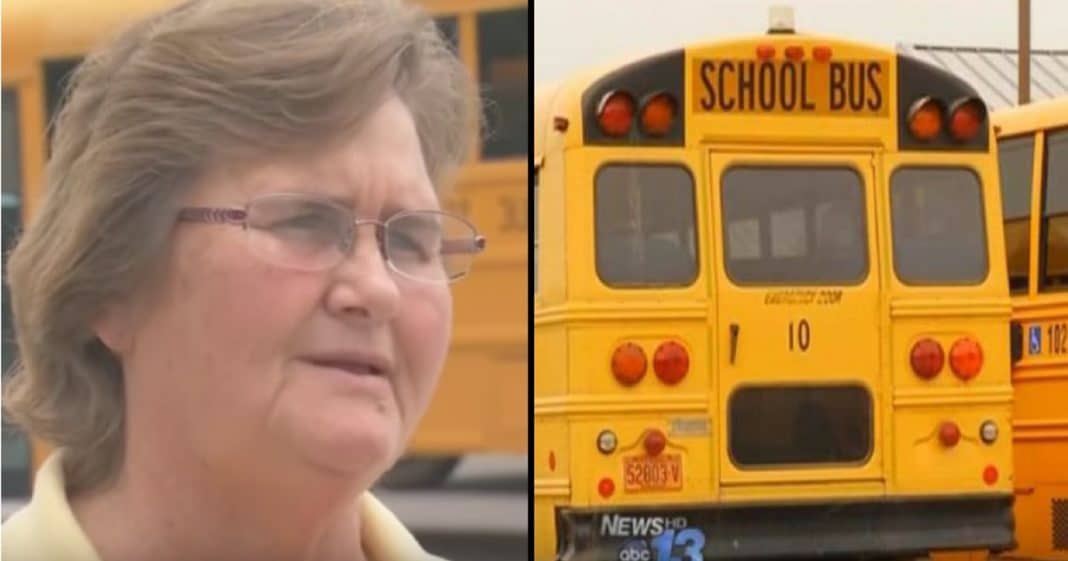 It all started as a typical day for Alice Bradley, but by the end of it she had saved hundreds of lives and was being hailed a hero!

The North Carolina bus driver had arrived at the school parking lot ready to start her shift when she noticed a couple standing in the lot. She thought it was strange that anyone else would be there so she kept her eye on them, and it only took seconds for her to figure out why they were there.

As she watched them from the bus, the man suddenly turned iand pointed a gun straight at her.

While many people might try to hide or drive away as quickly as possible, Alice took a different approach. She pushed the gas pedal to the floor and drove the bus straight at the couple, causing them to flee.

Alice immediately contacted the authorities who were able to quickly track down the pair. After speaking with them, they discovered the couple had planned to “massacre” everyone at the school.

Now Alice is being hailed a hero for her quick thinking and bravery in the midst of a terrifying situation. She says that, even though she was scared, her only thought was for the children.

“I thought of the kids,” she said. “I was real nervous. I always thought I’ve been a tough woman, but this really scared me. It did.”

Thanks to Alice, many lives were saved that day.

Do you think Alice is a hero? So share this!