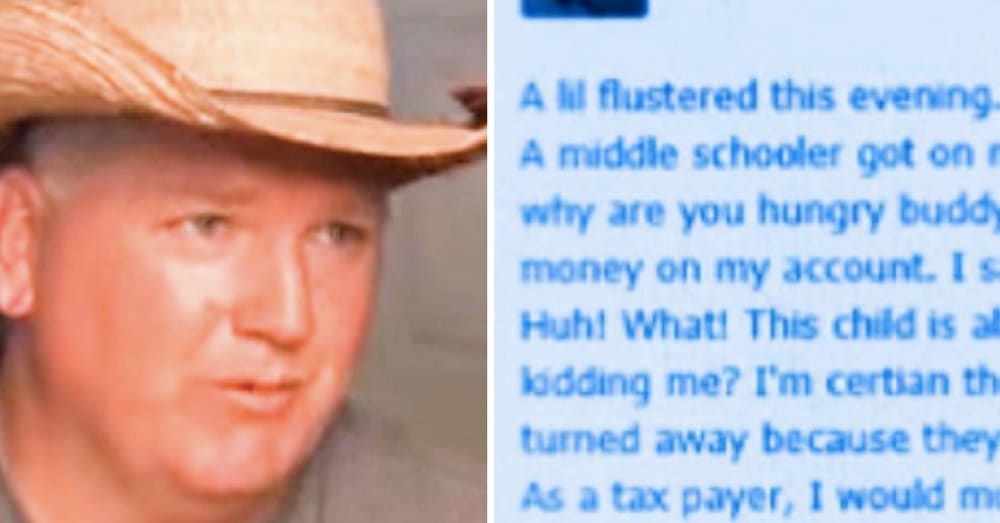 When a student got on his bus one afternoon and told him he was hungry because he hadn’t been able to get lunch that day, bus driver Johnny Cook couldn’t get what the boy said out of his mind. He took to Facebook to vent his frustration over the bureaucracy in public schools that led to the child going hungry.

A middle schooler got on my bus this evening and said mr johnny im hungry. I said why are you hungry buddy? Didn’t you eat lunch ? He said no sir I didn’t have any money on my account. I said they would let you charge it? No sir.

Cook’s post quickly went viral. Many parents wrote to him and said that their children had experienced similar situations at their schools. They thanked him for bringing the problem to light.

But not everyone was happy with what Cook did. The next day he was called into the school superintendent’s office.

The superintendent told Cook he had watched security footage of the lunchroom that day and had concluded the boy was lying about what had happened. He also mentioned the school’s strict policy on social media and told Cook he had two options: recant his Facebook post or be fired.

It was a heartbreaking decision, but Cook said he knew in his heart that the boy had been telling the truth, so he chose termination.

“I felt like in my heart of hearts the kid was telling me the truth. Whether he was, whether he wasn’t, I believe him. So I was not going to recant the story,” he said.

Cook’s story has since gained even greater attention, and he says he does not regret what he did at all. If anything, it has helped bring the problem of poverty and nutrition in the public schools to the spotlight, and hopefully that will lead to change for the better.

Do you think this bus driver made the right decision? So share this!