Bullmastiff Won’t Share Toy With Anyone, But When Baby Starts Crying He Does Selfless Act To Comfort Him 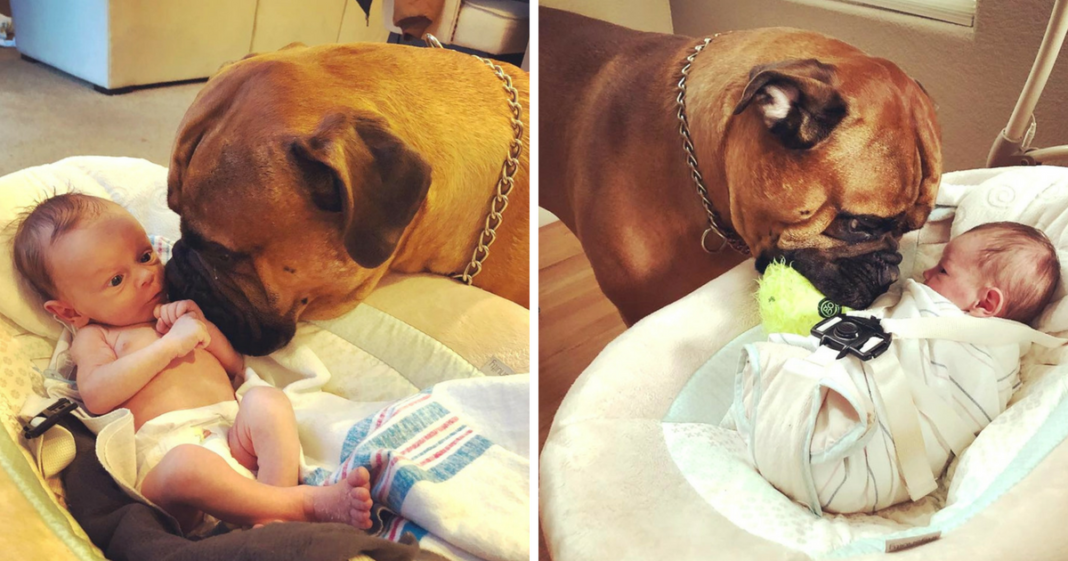 Growing up surrounded by dogs, I learned how the largest of golden retrievers were the most gentle and fluffy big babies. Especially when a thunderstorm hit. The smallest of pooches could stand in the middle of a road and without fear, bark at passing cars. This story about a bullmastiff named Brutus didn’t surprise me one bit.

Don’t let this sweet boy’s appearance or imperial name frighten you. He’s a gentle, protective giant, even with an infant. His human parents, Bonnie Michalek and her husband learned this real quick after they adopted him in 2016. 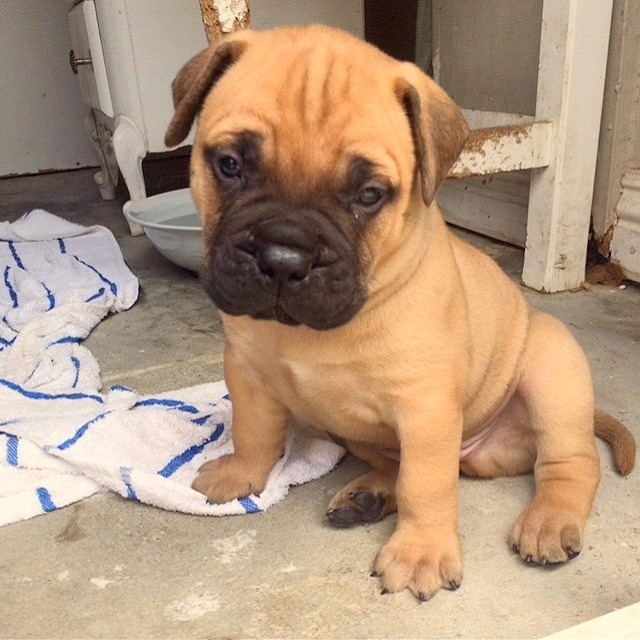 Brutus remained glued to their hip, wanting to do everything they did, virtually becoming their shadow. The bullmastiff loves sleeping in odd positions. He’s a goofball, who like most dogs, loves running around and having fun. He’s also very intuitive. He realized Bonnie was pregnant before she even did. This made him exhibit his protective side even more. 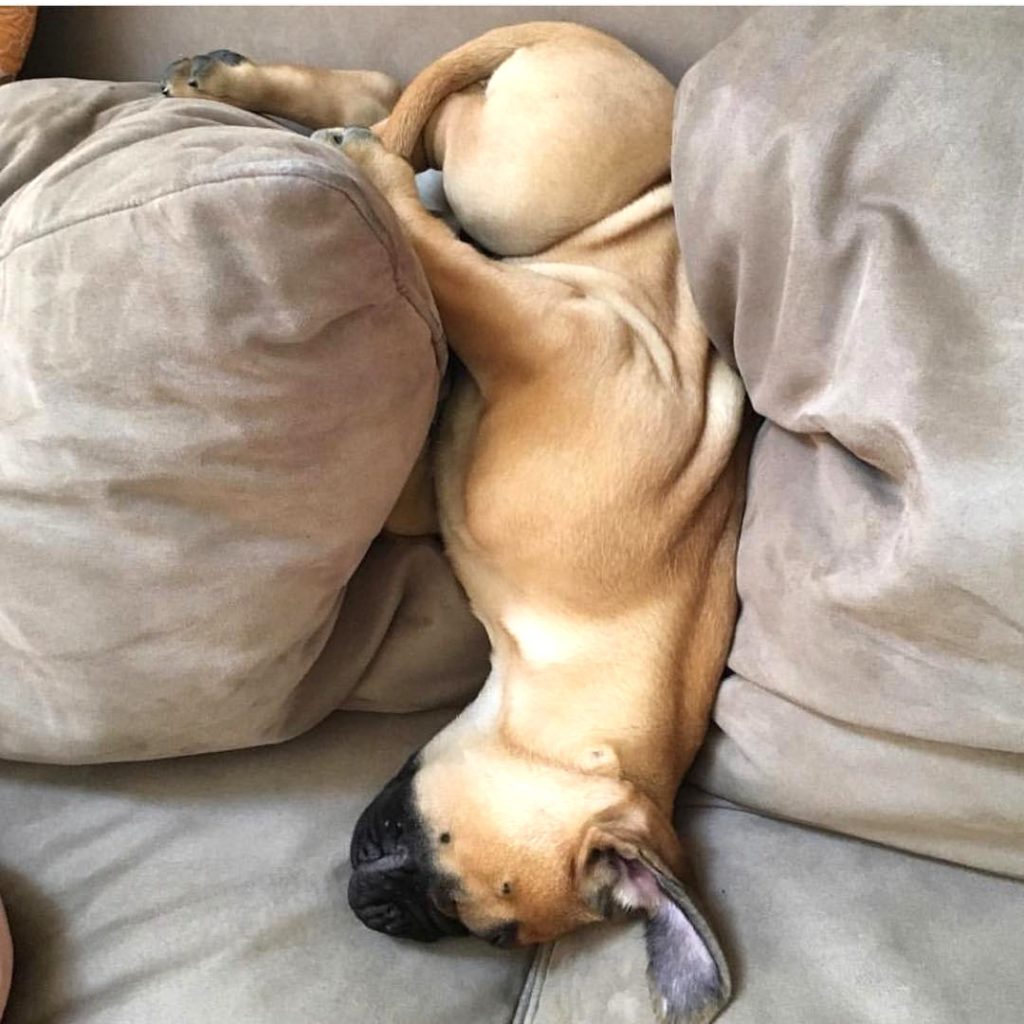 Though his human parents knew their lovable boy adored children, they were especially careful when they first introduced him to their son, Kayden. Nothing prepared them for how Brutus would take to the newborn.

After his introduction to the tiny human, Brutus began showering Kayden with kisses. This melted the boy’s parents hearts. They knew this was the beginning of a fantastic relationship. 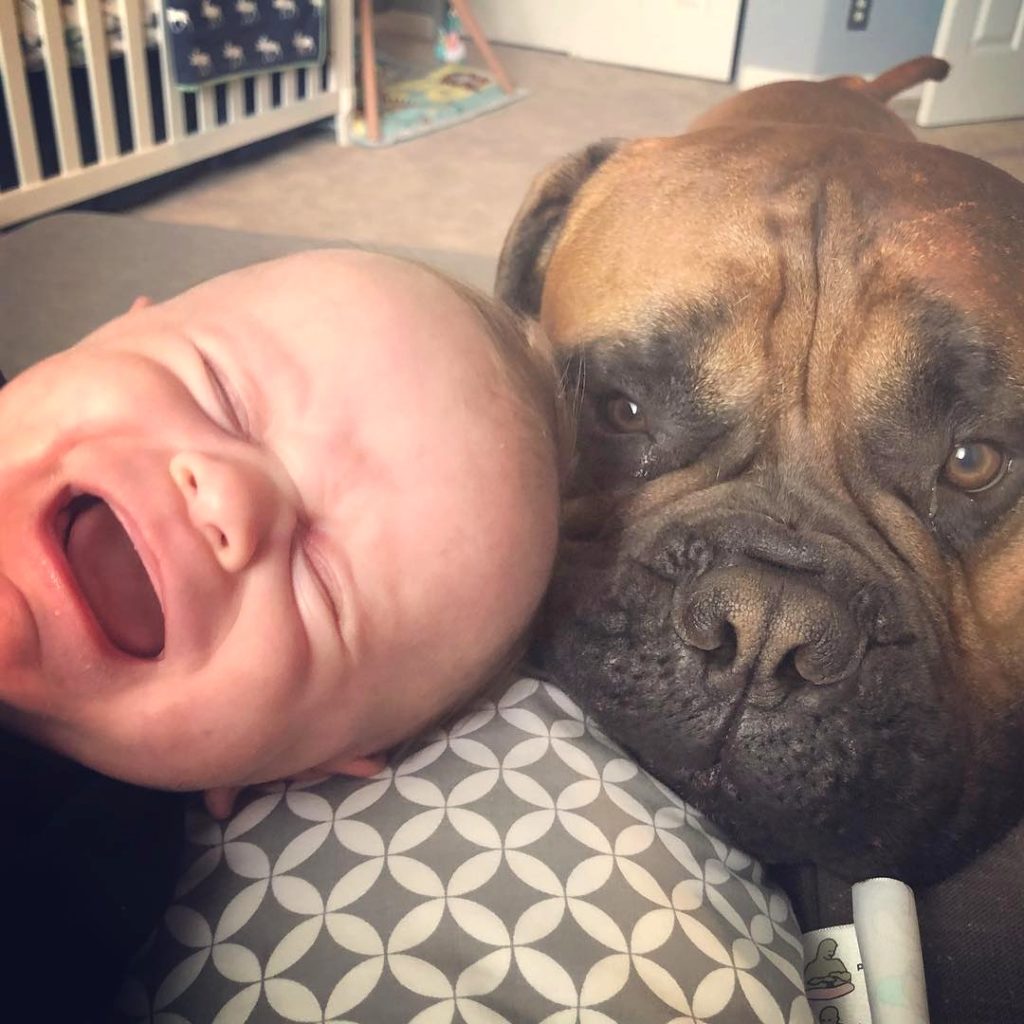 Kayden’s parents were surprised one day when Brutus did something so selfless and incredible all to help Kayden. Whenever the baby would cry, Brutus would attempt to comfort and calm him. One day, he collected one of his toys. This was his favorite possession in the whole world. He placed the “fluffball” beside Kayden.

Brutus doesn’t share this toy with anyone. He did with Kayden. It worked. The baby calmed down. 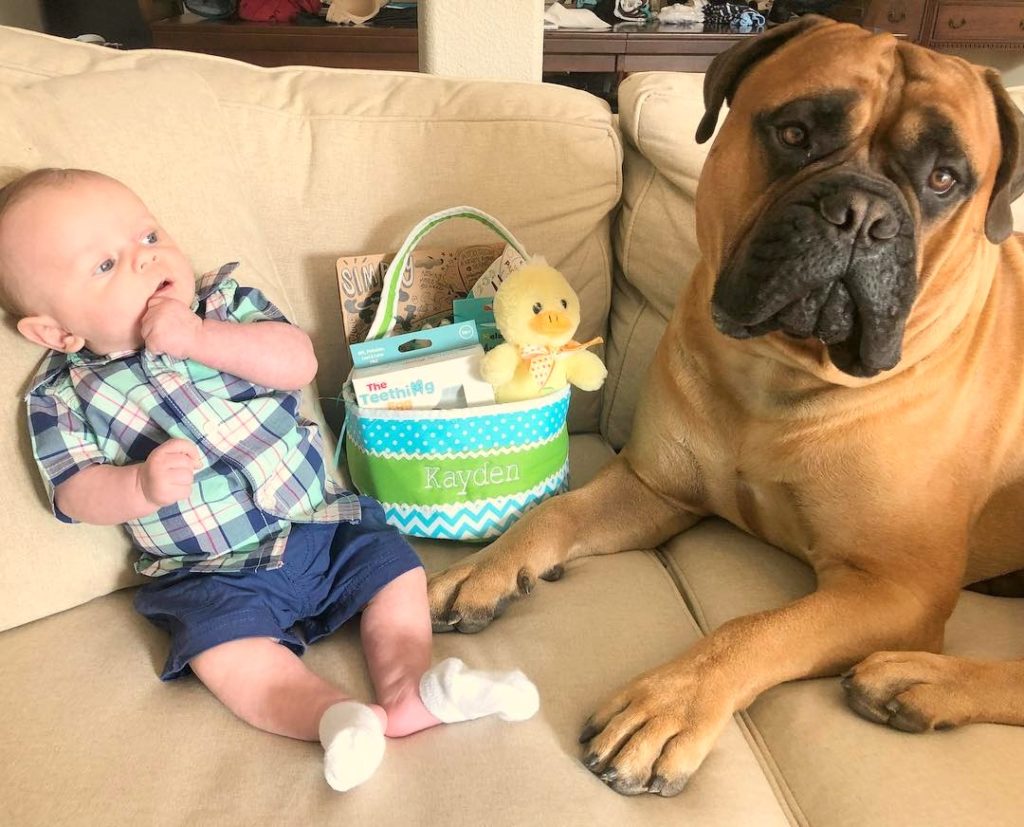 This is one lucky baby! Don’t you agree? If you’re not crying already, break out the tissues because you’ll need them after watching this video. Of course, seeing Brutus meet his human brother will make you smile too. So there is a payoff.