Bullies Mock Woman’s Smile. What Stranger Does Next Leaves Her In Tears 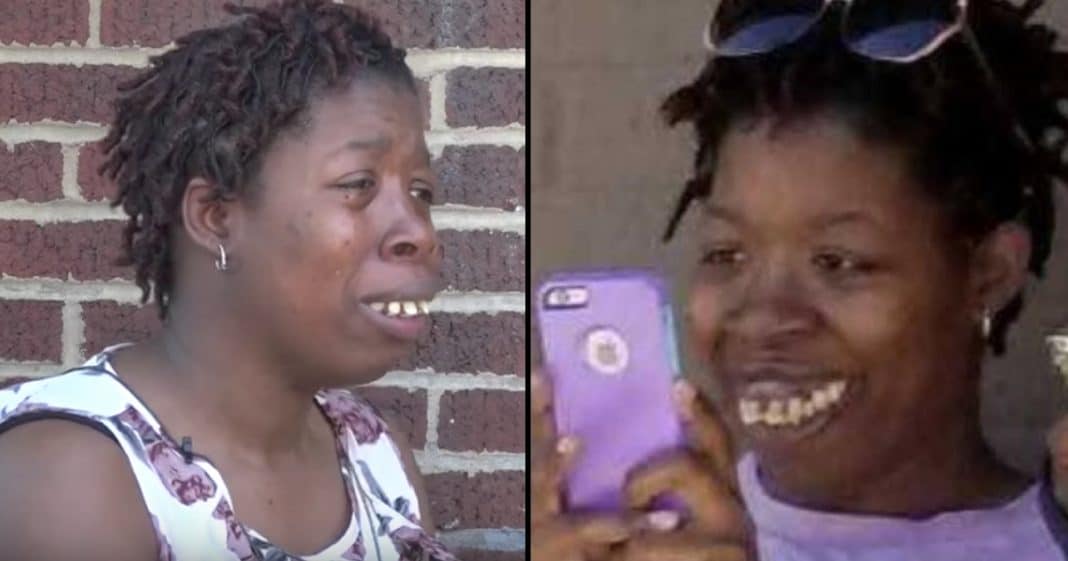 What was supposed to be a happy day turned into a nightmare for single mom Jessica McDaniels. Two of her friends had just gotten engaged and a picture of the happy couple – with Jessica smiling and snapping pictures in the background – quickly went viral. The reason? Jessica’s teeth. 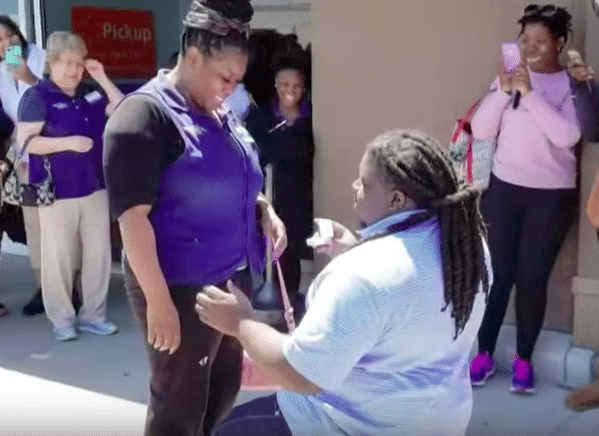 Jessica has had problems with her teeth since she was little. Her adult teeth didn’t start coming in until she was 12 years old, and when they did come in they were crooked and formed a severe overbite.

Oral surgery could correct the problem, but Jessica had also endured nine surgeries between the ages of 2 and 12 to correct a hearing issue and her family couldn’t afford to pay the thousands of dollars it would take to fix her teeth.

While Jessica had been bullied as a child over her teeth, she thought it was all behind her. When she found out her picture had been spread all over the internet by a new generation of bullies, she was devastated.

Cruel bullies who didn’t even know her mocked her online. Some told her she should be in a zoo, others had the audacity to tell the single mom that she should never have had kids.

“I didn’t care about them talking about me,” the 32-year-old said through tears, “I just wanted to protect my kids.”

Thankfully, though, while her picture had attracted the taunts of anonymous bullies, it also caught the eyes of people with more kindness and compassion.

Krystal Starks, a former classmate of Jessica’s, learned about the bullying and decided to step up and do something. Even though the two hadn’t been close in high school, Krystal set up a GoFundMe page to raise money for Jessica to get oral surgery.

“For a person doing something innocent, for them to be caught off-guard and taken advantage of like this is horrible,” Krystal said. “For what? For likes on Facebook?”

The fundraiser has almost reached its goal of $10,000, but one compassionate doctor stepped up and decided to do something even better – she offered to fix Jessica’s smile for free!

“I definitely wanted to help her because of how she handled her situation,” said Dr. Maryann Udy. “And I just thought, ‘Man, I have the ability to help her.'”

After the surgery, Jessica’s smile was transformed. While it has been an adjustment getting used to her new look, she has newfound confidence with her new smile – something she now wants to share with others.

Bullies tried to break her. Instead, they helped Jessica McDaniels get a new smile. https://t.co/91t6myjShs pic.twitter.com/XDjBjoVUot

“It was life-changing,” Jessica said of her surgery. “I had been like that for 32 years and for that to change it was like, ‘Who are you? Who are you now? Who are you gonna be now?'”

She wants to start a non-profit to help others in situations similar to hers. The name she has chosen? Smile With Me.

The money raised by the GoFundMe campaign will go toward helping Jessica pay off some debt along with some other household items.

Were you touched by the way so many stepped up to help Jessica after she was bullied? So share this!