Bullies Mock ‘Rabbit Kid’ For Big Teeth, Then Strangers Do Something That Leaves Mom Sobbing 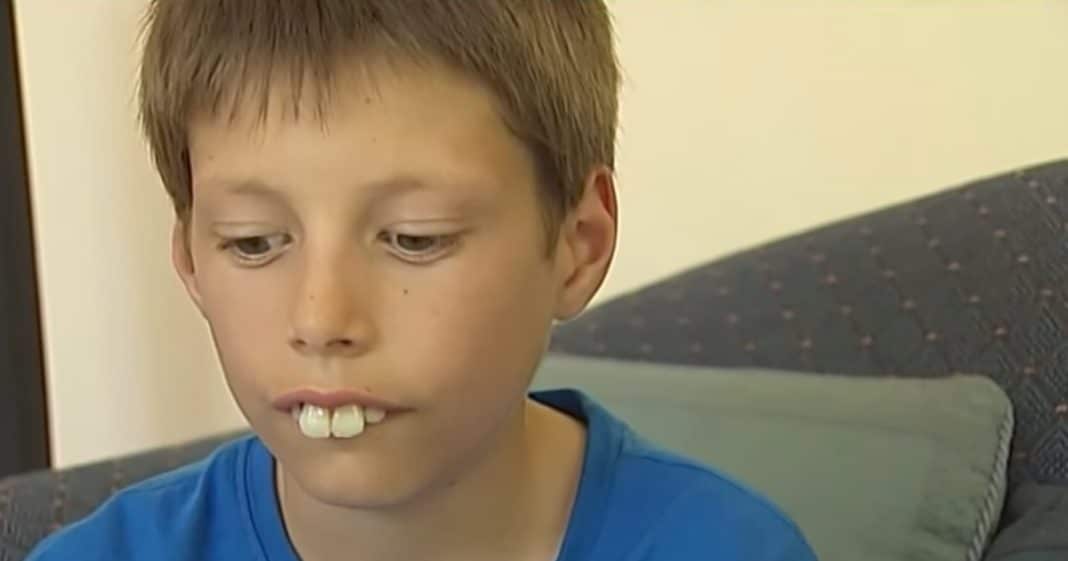 Bullying is a horrible pursuit that has plagued our schools and workplaces for decades. My first introduction to a considerably mild form of bullying was in the 1997 movie “Leave It To Beaver,” in which a little boy’s kindness was taken for granted, leading to his bike being stolen by some older kid and him being taunted by a group of junior high students.

Regardless of how we choose to judge a case of bullying, its impact on the victim is all that matters. Being bullied hurts.

Unfortunately, in 2012, 12-year-old Evan Hill from Christchurch, New Zealand, found himself on the receiving end of his classmates’ insensitive tormenting. Young Evan was born with two unusually large front teeth and a severe overbite, making it extremely difficult for him to speak or even close his mouth.

While most jaws are expected to rest at a 2-degree tilt, Evan’s sat at a 12-degree angle and there was a 2-centimeter gap between his top and bottom teeth. A New Zealand orthodontist familiar with his case said it was the worst he had seen in 25 years.

The kids at Evan’s school labeled him “Rabbit Kid” and relentlessly ridiculed him because of his oral misfortune. As would any parent, Evan’s mom, Barbara, grew heavily distraught over the emotional and physical pain her son had to endure because of his condition.

Sadly, due to a few deaths in the family and a recent earthquake that had ruined their home and left them without a car, his parents just could not afford to pay the $12,000 it would cost for Evan to get the help he needed for his mouth. Desperate to relieve Evan of his discomfort, the family even contemplated mortgaging their home to cover the payment, but they just couldn’t swing it.

Thankfully, Evan got an opportunity that would change his life forever. He made an appearance on a New Zealand-based current events show where he was able to share the story of his family’s trials, his teeth, and the bullying he faced in school. Evan thought he was just telling a story – his story – but the people listening were immensely touched and wanted to make sure something was done to help him.

Strangers from all over New Zealand began donating money to Evan and his family, the amount eventually totaling $100,000! His mother was beyond mind-blown by her country’s generosity, and Evan was finally able to get the treatment he needed.

Because so much money had been donated to the Hill family, they were able to buy a new family car as well. The remainder of the donations went into a fund for other children whose families could not afford to pay for their dental work.

Congratulations, Evan, and thank you to the residents of New Zealand who helped make this young boy’s dreams come true.

Were you touched by this story of an entire nation coming together to make this boy smile? So share this!