Bullies Mock Boy For Long ‘Girl’ Hair, But His Response Leaves Them Silences Them For Good 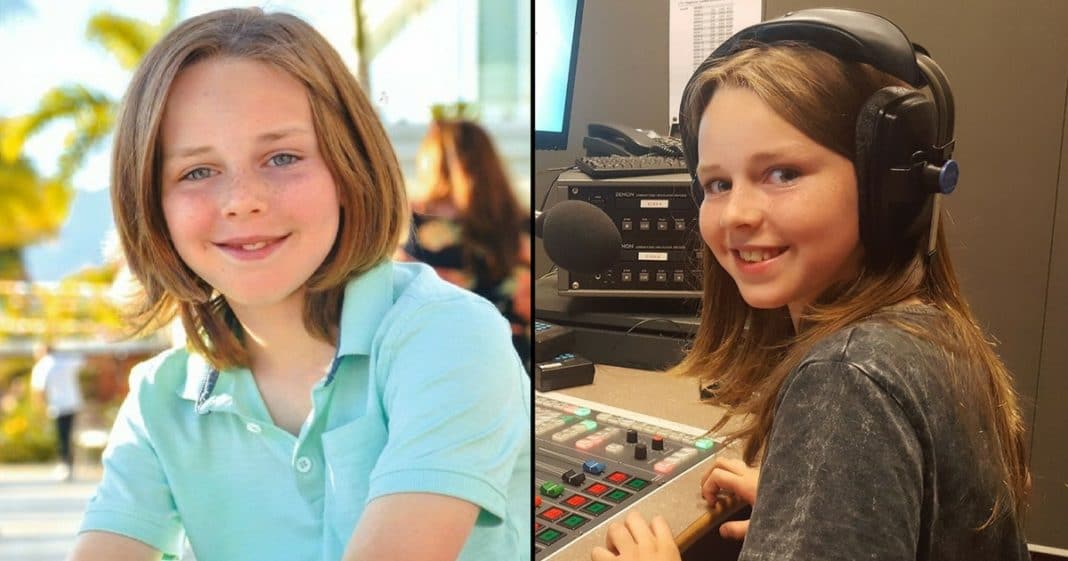 Most people appreciate honesty, but sometimes children can be so brutally honest that it can be very embarrassing for adults, especially parents. Words spoken, being like feathers in the wind, are often impossible to take back.

Josh Scott-Hill, the young son of Samantha Scott, was shopping at a supermarket with his mom when they ran into a friend who was battling stomach cancer. Without hesitation, the curious Josh immediately questioned the lady, “Where have your eyebrows gone?”

When he found out she had lost her eyebrows due to cancer treatments, Josh’s question quickly turned into a passion. This compassionate, now 11-year-old boy living in the U.K. decided he could help people with hair loss who were fighting cancer.

Cancer treatment often involves powerful rounds of chemotherapy drugs and radiation that not only attack cancer cells but also kill healthy cells found in hair roots. The outcome is often hair loss for the patient.

That awkward moment at the grocery store inspired Josh to grow his hair out an impressive 10 inches, all to be donated to create wigs for children with cancer who are undergoing treatments that cause hair loss.

Samantha said her friend had called her after the encounter, worried she had frightened Josh, but Samantha was able to tell her that he had been inspired instead.

“My friend contacted me after our catch up, as she was afraid that she had frightened Josh,” Samantha recalled. “But little did she know, she was his inspiration.”

Josh not only made up his mind to try to help ease some of the emotional pain caused by hair loss for patients, he also became extremely dedicated to the process of growing his hair out for wigs. Bullies would tease him, often calling him a girl for his past-the-shoulder-length hair, but Josh stayed the course and stayed focused on his compassionate goal of helping others.

What is Josh’s response to bullies who tease him for his long hair? Wise beyond his years, Josh explains, “Helping people makes me feel happy, and I have realized that I want to carry on helping others less fortunate than me. I would like to say to anyone out there just to be yourselves and be your own unique character and you will be fine. Believe me, I know.”

Brushing off bullies is no easy task, but this young man has learned the art of it by staying focused on helping others less fortunate. Josh has raised approximately $2,635 through a donation website called Just Giving, which gives donated money to Maggie’s, a cancer care organization in the U.K.

Were you as impressed with Josh’s kindness, compassion, and maturity as we were? So share this!