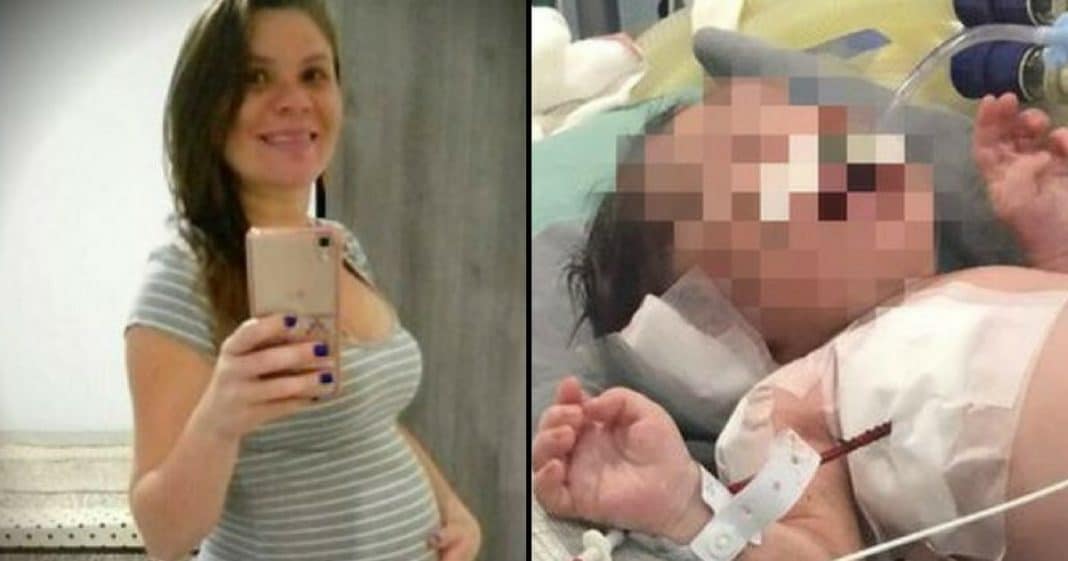 Claudineia dos Santos Melo and her husband, Klebson da Silva, couldn’t wait to welcome their little baby into the world. At 9-months pregnant, Claudineia had just started her maternity leave and decided to go out and pick up a few things for the baby before his arrival.

Little did she know at the time, that one trip would change her life.

Claudineia and Klebson live in Rio de Janeiro, Brazil. Unfortunately, crime is high there and shootouts between police and heavily-armed drug gangs are common. Often, innocent civilians find themselves in the crossfire, and death by stray bullets has become a huge problem.

According to a survey in the Folha de Sao Paulo newspaper, 66 people were hit by stray bullets in the Rio metropolitan region just between January and mid-May of this year. Over a third of those people died.

As Claudineia went out to do her shopping, she became one of those victims. Caught in a shootout between the police and some armed criminals, Claudineia was shot in the hip. Not only that – the stray bullet also hit the tiny baby that was still in her womb.

Claudineia was rushed to the hospital where doctors performed an emergency c-section to deliver baby Arthur. They discovered that the bullet had hit the baby’s lungs, torn off part of his ear, and struck his spinal cord. As a result, Arthur is currently paralyzed from the waist down.

As horrifying and heartbreaking as his injuries are, though, doctors are amazed that Arthur survived the trauma at all.

“It’s a miracle of God this baby hasn’t died,” said Dr. José Carlos Oliveira, who is treating Arthur and monitoring his progress.

He said he has never seen anything like this and, while Arthur’s condition is serious, he is holding onto hope for the little guy.

“Today, he is paraplegic, but anything can happen in the life of this child,” Dr. Oliveira said.

Police are still investigating the case and say they believe Claudineia and Arthur were hit by the criminals, not the officers fighting them. Three men have been arrested in connection with the shooting and police are working to put all of the pieces together.

Klebson, though, says he doesn’t care who actually shot his wife and son. All he cares about is that they are okay.

“I do not want to know who shot my family. I don’t really care,” he said. “All I care about right now is the health of my wife and my son and I’m praying that they both improve quickly and the predictions of my son’s state isn’t as bad as the doctor’s say it is.”

Right now he is just rejoicing that his wife and son are alive and trusting that God will see them through.

“I have faith that they will be alright,” he said.

Will you join us in keeping Claudineia and baby Arthur in your thoughts and prayers? So share this!