Bull Has Been Chained His Entire Life. Now Watch What Happens When He’s Finally Set Free 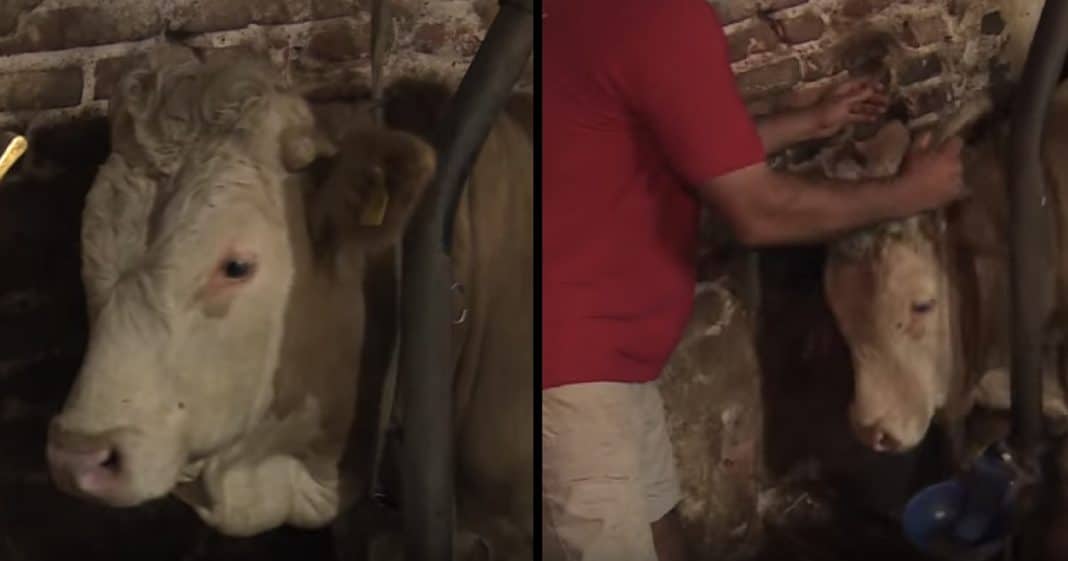 Animals are meant to be able to roam and move around freely. While humans have been using animals for work and for food for centuries, some of these animals are treated better than others.

We hate to see animals who have been living in chains, unable to move freely or see the world they were created to explore.

Such was the case with this sad bull, named Bandit, who had spent his whole life chained up in a tiny stable.

Gut Aiderbichl, an animal sanctuary in Austria, believes in giving animals a second chance at life and the freedom to live as they were created to, and they decided to rescue Bandit and give him another shot at life.

Bandit seemed to know almost immediately that his rescuer, Christian, was there to help him, and he nuzzled right up next to him. But what he does as soon as he’s set free of his chains is absolutely astounding…

Finally having the ability to move about freely, Bandit leapt for joy and pranced around the room. He knew that his sad days living in chains were over.

The love and gratitude he shows Christian at the end of the sweet video says it all. Thankfully, Bandit has a new lease on life and will never be put in chains again.

Were you happy to see Bandit leaping for joy after being set free? So share this!