Brothers Driving Through Desert When They See Something Moving, Then They Get Closer Look 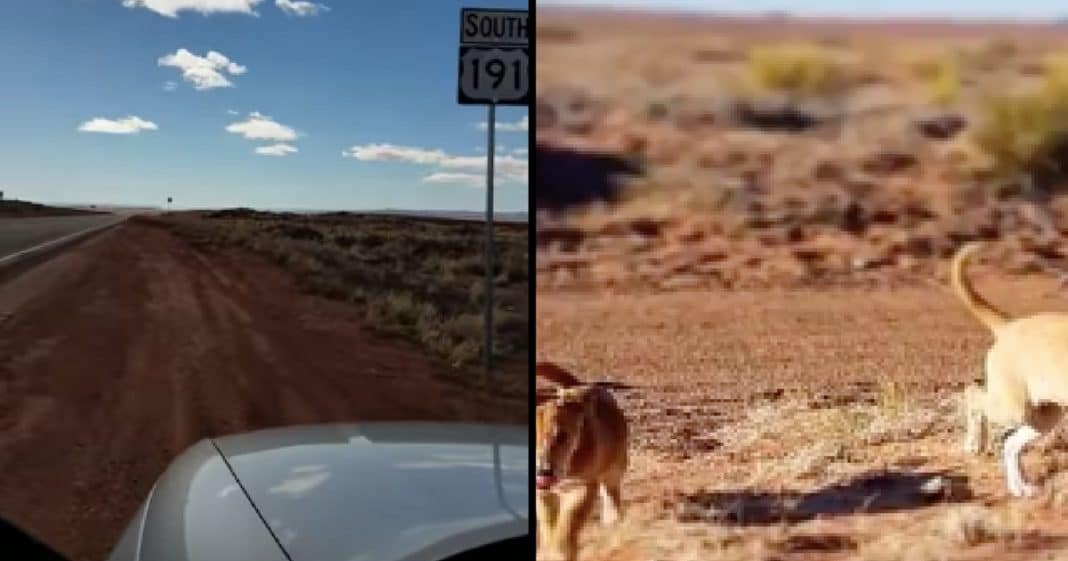 If you’ve ever driven through Arizona you know that much of the state is filled with a whole lotta nothin’. I remember driving through and coming across small communities in the middle of the desert and wondering how those people were able to survive out there!

Brothers Briggs LocHaven and Chris Vanness were on a road trip from their home in Colorado to Phoenix and were driving through the middle of the Arizona desert when they came across something that left them stunned.

They noticed something moving on the side of the highway and, when they got closer, realized the moving objects were two puppies!

They had no idea how two little puppies ended up stranded in the middle of the desert, but they pulled the car over to the side of the road to try to help them.

As soon as the puppies saw the brothers they rushed over to them, frantic with hunger and thirst.

Briggs and Chris gave the puppies their water and fed them granola bars, which the little guys eagerly devoured.

(Video contains language which may be objectionable to some viewers.)

They ended up taking the dogs with them to Phoenix and then back to Colorado. Unfortunately they discovered that their rental agreement prevented them from keeping the little guys, who they named Ruben and Beanie, but they quickly found a loving new home for them.

Their new mom recently rescued another dog, Pi’ilani, and the three of them get along famously!

Were you happy to see these puppies rescued out of the desert? So share this!