Broken Guitar Looks Like It Will Never Play Again. But When He Touches The Strings? Brilliant 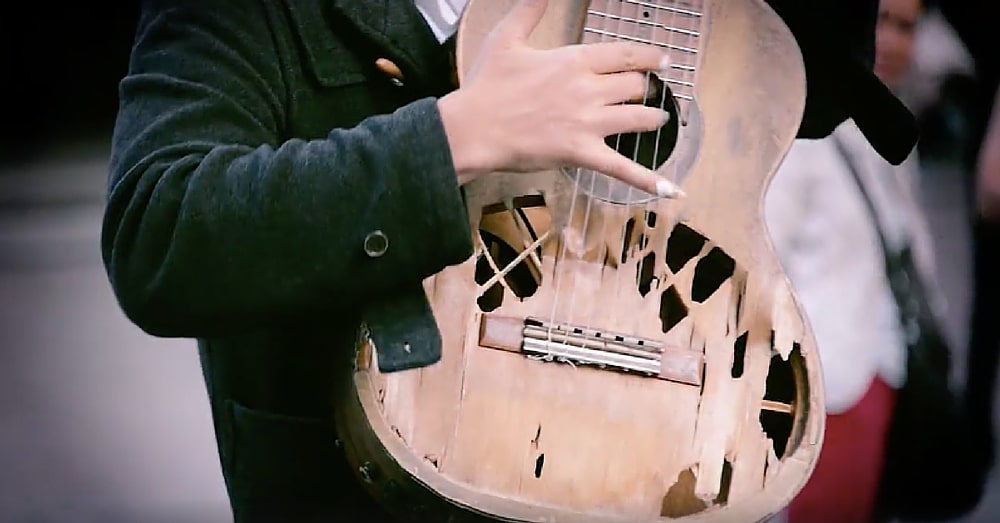 When Tasmanian street performer Tom Ward picked up this broken guitar, listeners had no idea what to expect. It seemed questionable that the guitar would even be playable.

But when the classically-trained musician began to strum the strings, people walking by couldn’t help but stop and listen to his mesmerizing music.

Tom is quite the accomplished musician. He received the Gisborne Music Competition Award in New Zealand, the biggest prize a guitarist can win in Australasia, and was awarded Tasmanian Composer of the Year at only 15 years of age.

And while he has performed internationally for audiences in Japan, Thailand, Italy, the UK, Germany, France, Australia, and China, he still likes to wow people going about their everyday business by performing on the streets. His act, played on his custom-made broken guitar, has led many to call him the Broken Guitar Street Performer.

As soon as Tom began to play I got chills. He combines music from three different countries into one exquisite piece called “A Fantasy On Three Melodies,” and the result is simply magical.

Click below to hear the entrancing piece that will take you on a musical trip around the world.

Did you enjoy listening to this enchanting piece? So share this!