Bride’s Dad Dies Before Wedding. When I Saw Who Walked Her Down Aisle Instead I Lost It 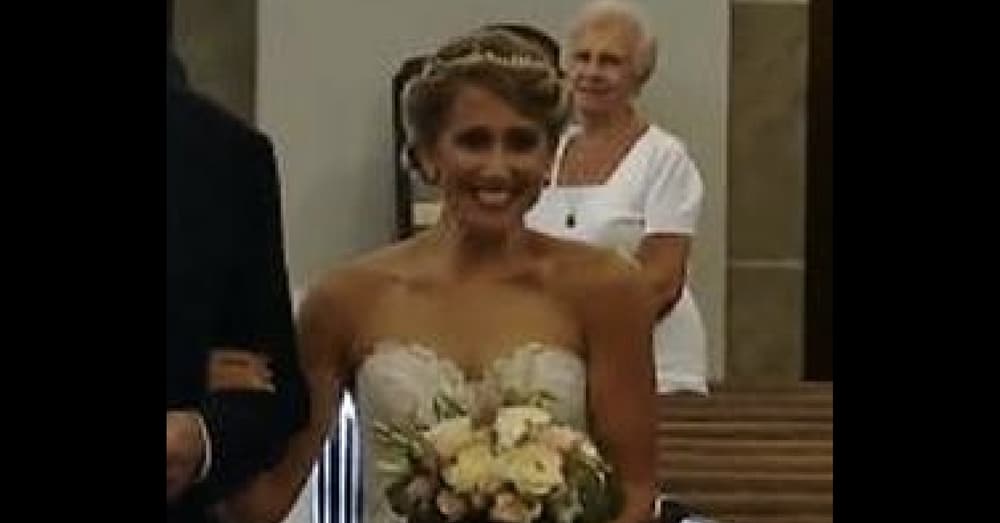 Jeni Stepien couldn’t wait to get married to the love of her life, but she was heartbroken that one very important person wouldn’t be there – her father.

Jeni’s dad, Michael Stepien, was murdered during a robbery 10 years ago, and while time heals all wounds, his absence is still deeply felt.

As she began to think about who would walk her down the aisle on her big day, Jeni thought back to when her father was taken from her. After he died, his heart was given to a man who was in desperate need of a transplant.

Though she had never met the man, she decided to write him a letter asking if he would do the honor of walking her down the aisle.

The man, Arthur Thomas, known fondly as “Tom,” agreed, traveling from New Jersey to Pennsylvania on the eve of Jeni’s wedding.

That evening, Jeni got to feel her father’s heart beat for the first time in 10 years.

The next day, Tom proudly walked Jeni down the aisle to meet her groom in a beautiful and emotional ceremony. “You can never imagine what that would be like unless you actually do it because so many emotions involved in what you’re doing,” he said.

For Jeni, Tom’s willingness to come and be there with her on her special day meant the world. “I was just so thankful that my dad could be here with us today in spirit and a piece of his physical being as well. That was really special for us,” she said.

That special walk down the aisle is a moment neither Jeni nor Tom will soon forget.

“What a greater honor could a person have than walking the daughter of the man who’s given his heart to him. I can’t imagine a greater honor,” Tom said.

Were you touched by this incredible story? So share this!