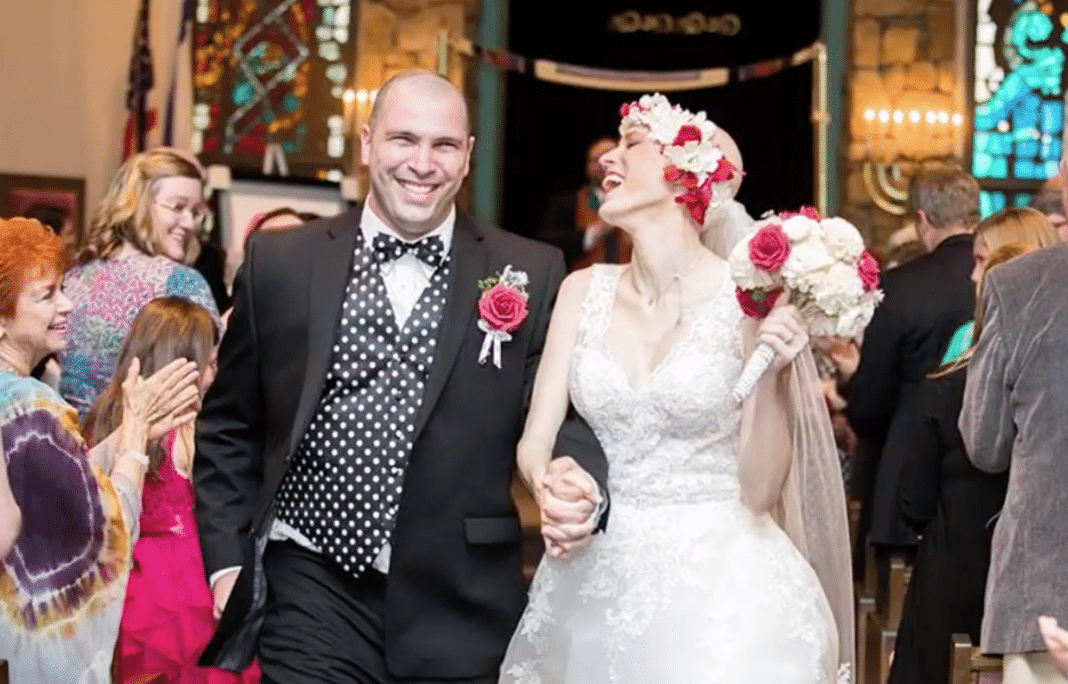 She was first diagnosed at age 26 and was later told she was cancer free. Then doctors told her she should move up her wedding date of March 24 2018 by five months, fearing she might not make it after the cancer came back. However, Bank and her then-fiancé refused to budge. They would not allow cancer to dictate their plans when the date meant so much to them.

The March date marked three years past the day that she met her fiancé. Laurin told PEOPLE:

“This date was special to us,” Laurin said. “We felt like moving that date was giving up and giving in to the cancer and letting it run our lives. We didn’t want to give in. That was our goal … and I was able to walk down the aisle to my husband.” 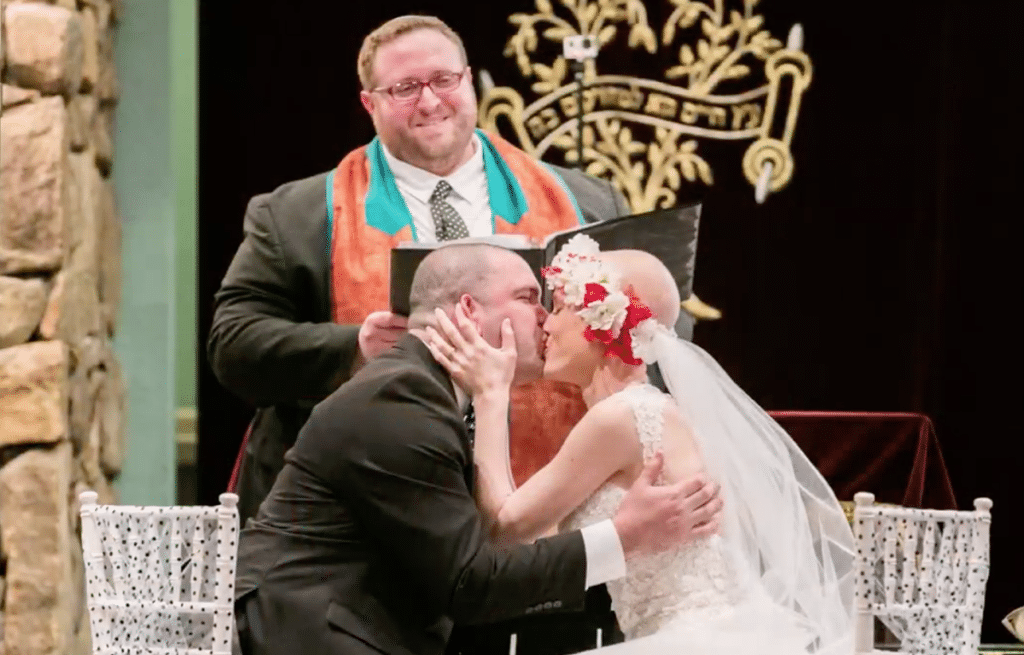 The wedding of Laurin and Michael Bank via Facebook

The doctors also told Laurin not to exert herself too much on her wedding day, but she was able to walk and even danced the night away with her loving friends and family at the reception.

“I was able to dance with him and I didn’t need a wheelchair or oxygen. I did it I made it,” Laurin remembered. 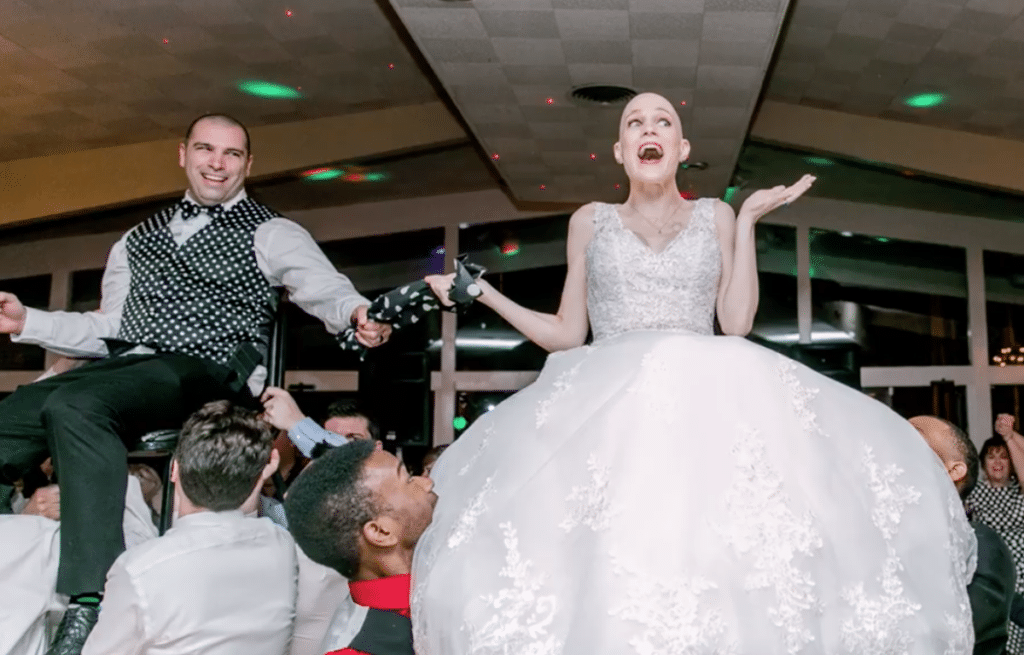 Laurin and Michael at the wedding reception via Facebook 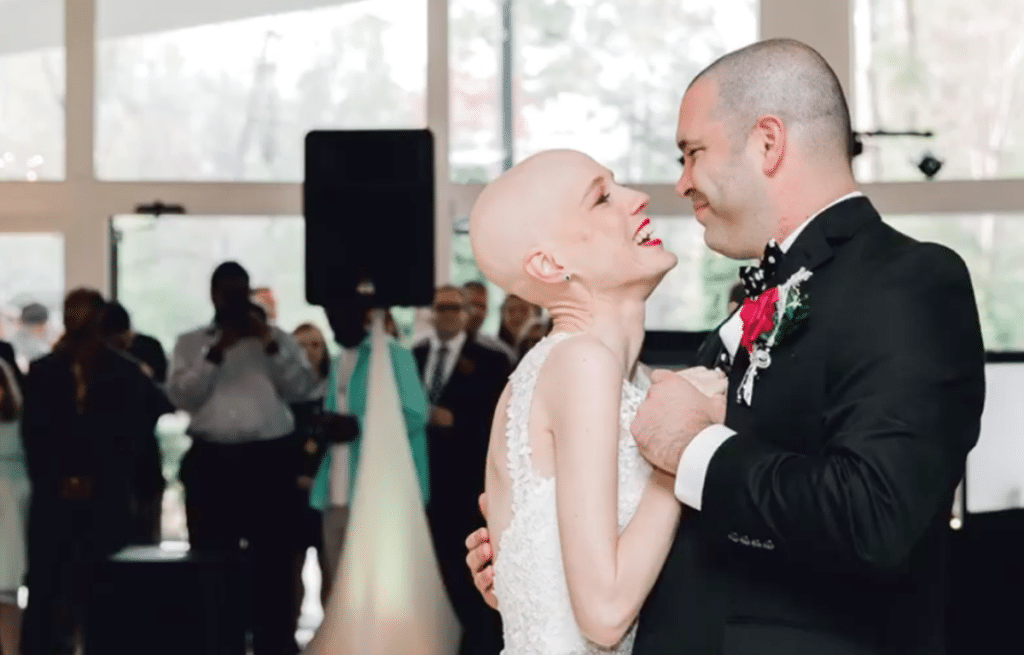 Laurin and Michael bank at their wedding via Facebook

Laurin not only made it to her wedding day but continued to travel and make as many happy memories with her husband as she could seven months later. Then three weeks ago she made another brave decision: She would discontinue chemotherapy.

She would live out her final days with grace, courage, and most of all: fortitude, as she would like everyone to remember.

“My husband and I plan to make the best of every day and travel as much as possible,” she said on Facebook.

Laurin passed away on October 21st as her husband held her in his arms. Michael updated thousands on her blogging page, Polka.dot.queen. He shared the sad news that she finally fought with pain and morphine was unable to help. Even so, he said she would want people to remember her with joy.

“She has left a huge whole in all of our hearts, and i am humbled to be her king. I was able carry her to bed and hold her until her last beautiful breath.”

“I know she has influenced so many people and she wants to be remembered as a celebration, not as a time for sadness,” wrote Michael.

From MikeIt is with great sadness that we say goodbye to our beautiful queen. Yesterday morning she was feeling very…

After her passing, Michael Bank had a wealth of happy memories he will always treasure.

“We did more in the three in a half years that we were together then most people do in a lifetime,” he said.

Because of Laurin, he was able to know unconditional love and became a better person.

“She truly taught me how to love,” Michael said. “I didn’t believe in unconditional love until I met Laurin.”

His wife had been able to make the most of her time right up until the end.

“We thought we were going to have a few good months, but unfortunately it didn’t work that way but we were so blessed that she felt good up until the very last day,” Michael said.

He was by her side right until the end.

“As she got more and more uncomfortable I decided to pick her up and carry her to the bedroom. So I carried her in the bed, laid down next to her and held her hand and about three minutes later I lost her.”

Now Michael continues to blog and share stories, memories, and pictures about his extraordinary wife. He plans to continue with a bucket list of adventures as she would have wanted him to do.

“As I’ve been thinking about how the carry-on Laurins Legacy, I would like to use this page to share these lessons I’ve learned from her that have helped make my life so much more meaningful.”

He asks Laurin’s supporters to make donations to the nonprofit organizations, In The Middle and Leslie’s Week in Laurin’s memory.

I was talking to one of my most trusted friends/mentor about this quote the other night. And i told him i can attest…

See more from WIS TV below:

Family and friends celebrate the life of Laurin Bank who defied the odds of her cancer prognosis long enough to walk down the aisle. Here’s the touching story of Michael and Laurin’s unconditional love, as told by the Polka Dot Queen herself. >> https://buff.ly/2yTc2CX