Bride Walks Out To Meet Family. When G’ma Sees Dress She Instantly Breaks Down In Tears 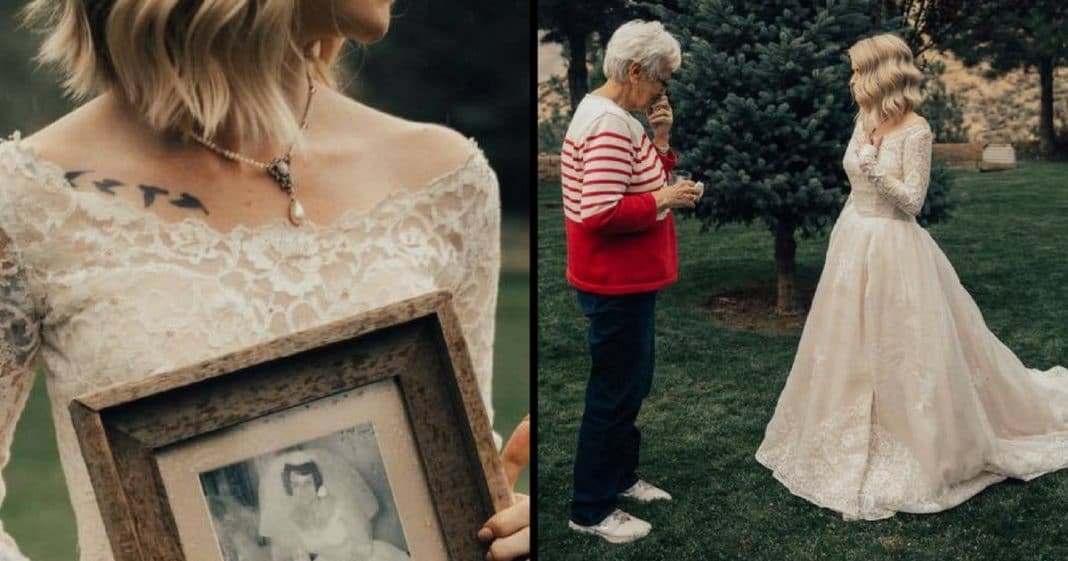 For any grandmother, watching their grandchild get married is an incredibly special and emotional moment. There is a special bond between grandparents and their grandchildren and watching them pledge their lives to someone is the culmination of years of love and hard work.

But for one grandmother, the big day was even more special and emotional than she ever could have imagined! She had no idea her granddaughter had an extra-special surprise up her sleeve.

Photographer Kortney J called it “a first look unlike any other.” As soon as the grandmother laid eyes on the bride, she immediately broke down in tears.

What made this moment so incredibly special was that the bride had sneakily gotten her grandmother’s wedding dress and was wearing it on her own wedding day.

“The bride secretly got her widowed grandma’s dress from 1962, and is wearing it for her big day,” Kortney wrote. “Grandma had zero idea!”

She even had a framed picture of her grandmother wearing the dress, which she held up for some incredibly poignant photos.

You can tell this grandmother and granddaughter have a very special bond. What an incredibly beautiful way to honor this special woman! (And both of them wore the dress so well!)

The moment was an emotional one for everyone involved. “Yes. You guessed it. I bawled,” Kortney said.

We know just how she feels!

Were you touched by what this granddaughter did for her grandmother as much as we were? So share this!