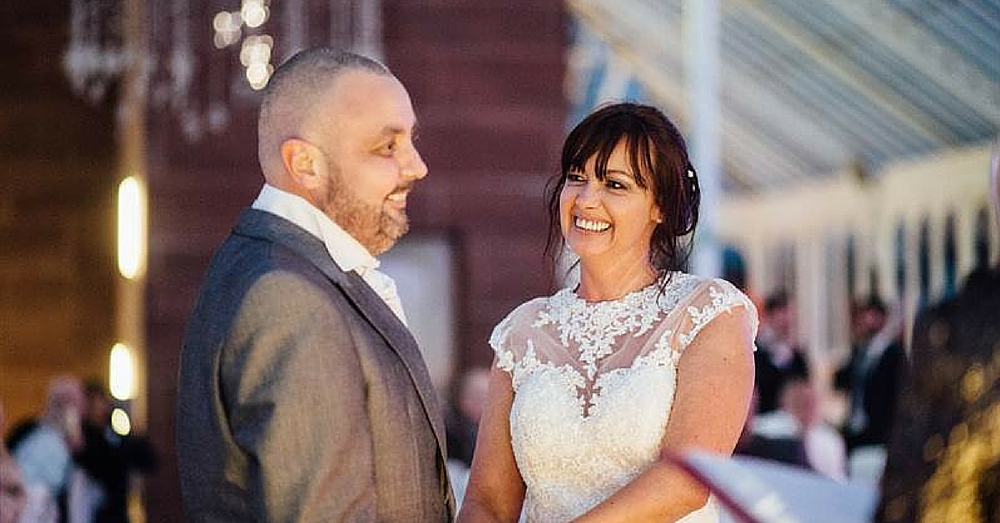 In a beautiful display of support for her new groom, Craig, Joan Lyons decided to do something at her wedding that most brides would never even think of doing – shave her head.

Craig and Joan have been friends for over 30 years, but for Craig there has always been something more. “I fell in love with her as soon as I set my eyes on her when we were 14,” he said.

Eighteen months ago, Craig finally got the courage to tell Joan how he felt. “I was a bit shy about it,” he said, “and Joan has been married previously, but it has always been about Joan for me – she is the woman of my dreams.”

The couple planned to get married later this year, but when they found out Craig’s pancreatic cancer had become terminal, they moved the wedding up.

The pair decided to use their big day to raise money for charity, with donations going to Macmillan Cancer Support, Zoé’s Place Hospice, and Woodlands Hospice. In an effort to encourage people to donate and to honor her husband, Joan decided to get her head shaved at the wedding.

There wasn’t a dry eye in the place as Joan’s hair was plaited and cut and her head shaved.

And what does her husband think of her new look? “It was obviously the first time I had seen Joan without her hair,” Craig said, “and she looked beautiful, absolutely stunning.” Were you moved by this bride’s show of support for her husband? So share this!