Bride Gets Married In $69 Dress. 60 Years Later Family Sees Her Put It Back On 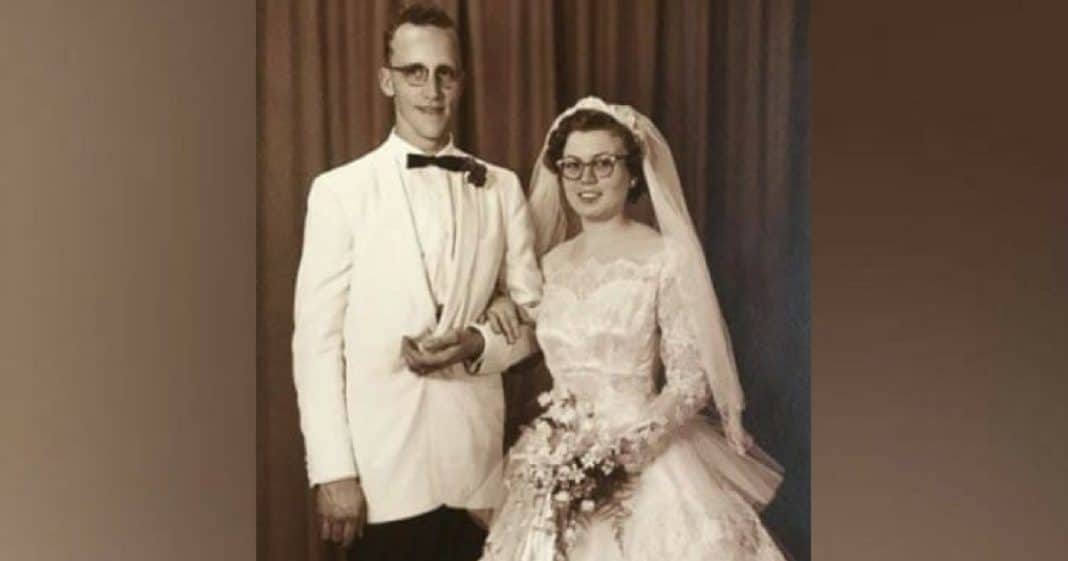 Weddings today are such a huge ordeal that most people spend thousands upon thousands of dollars on the event. Not only is it a celebration of the love two people share, it is a party for the families and friends.

One of the most expensive single wedding items? The gown.

Although it’s still possible to get married in an inexpensive dress, many people feel societal and familial pressure to spend hundreds, if not thousands, of dollars on a wedding gown.

But in the 1950s, many people had much simpler weddings. When Janith Goedde got married to Joe in 1957, she walked down the aisle in a $69 wedding gown.

To celebrate her 60th anniversary, Janith decided to do something special: try her wedding gown on once again.

Janith had just lost 40 pounds, and someone mentioned that she’d probably fit back in her wedding dress — so she went to get it from the attic. 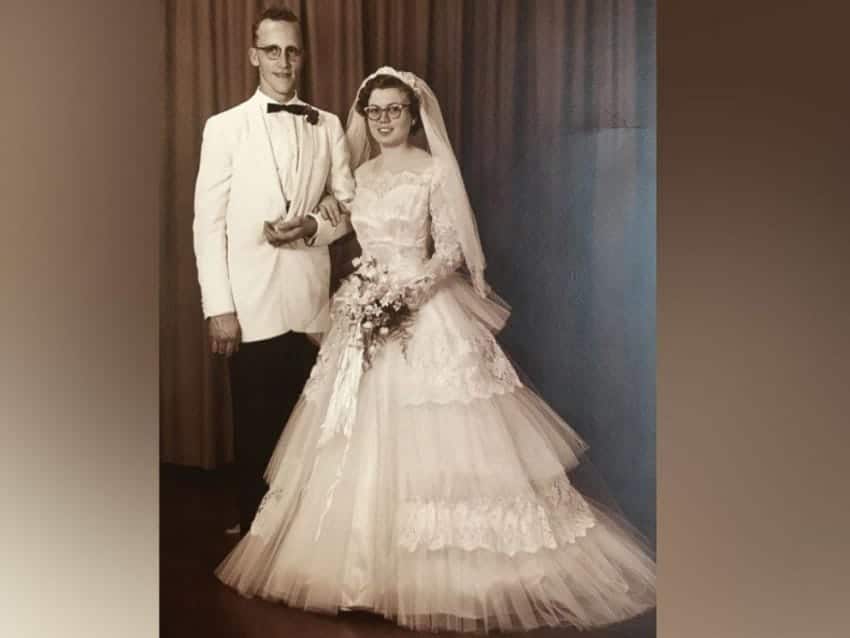 When Janith and Joe got married in 1957, they were completely in love — and you can see their love in their wedding photo.

But now, 60 years later, they’re even more in love than they were on the day they said their vows. 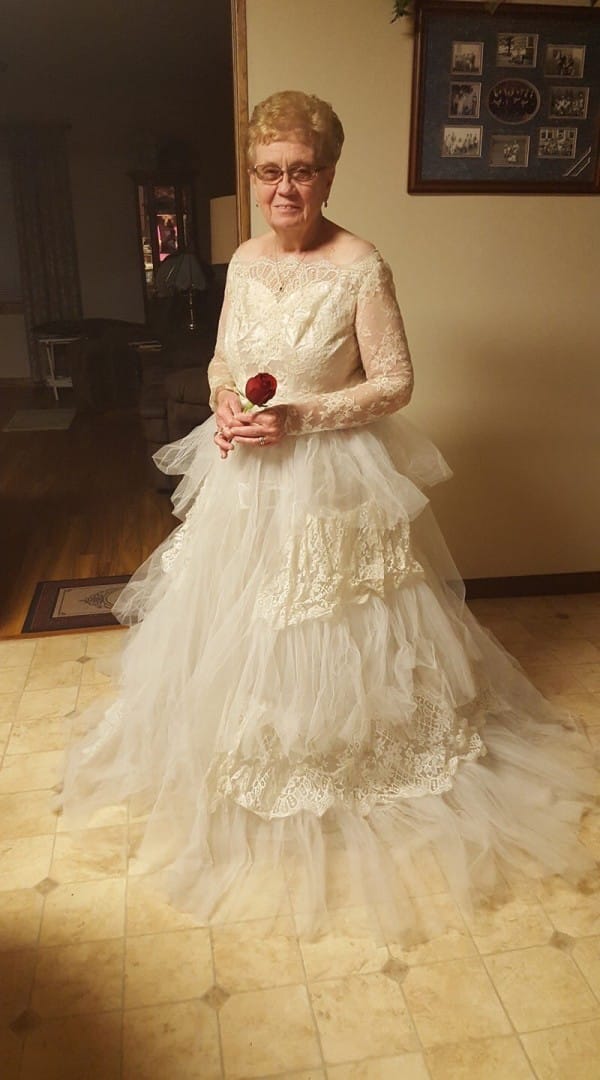 When her friends and family pointed out that Janith’s dress would still fit, Janith had to know for sure — so they went to the attic and found the dress.

And to everyone’s surprise, it fit perfectly.

Her granddaughter, Alison, posted the photo on Twitter, writing, “My grandma is 80, she just celebrated 60 years with her man, AND she fits in her wedding dress.” 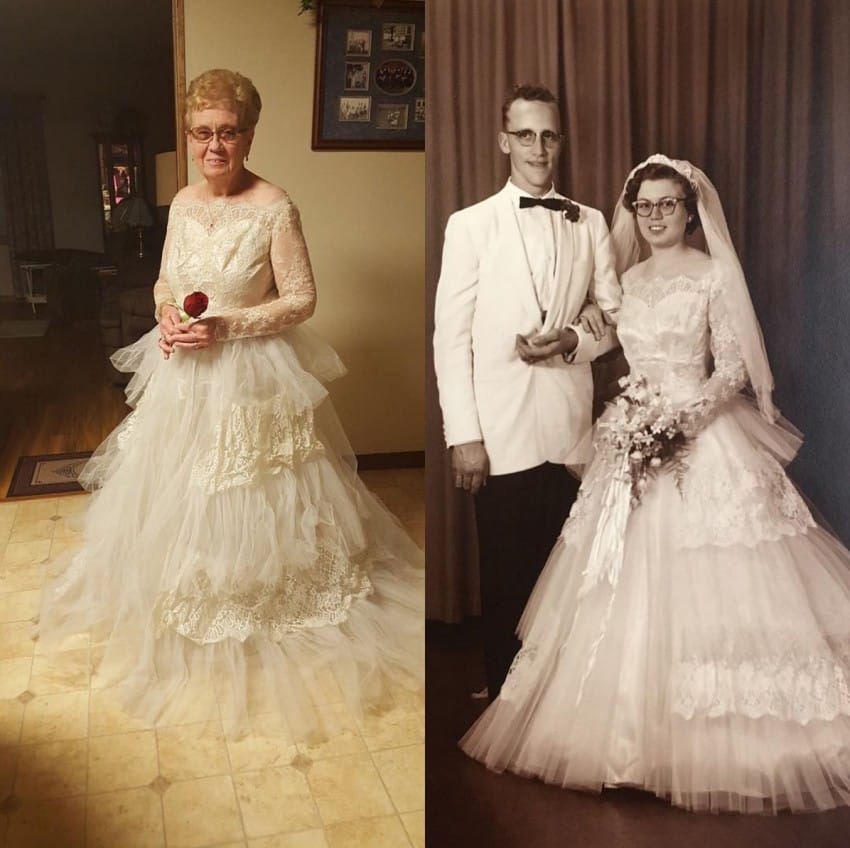 While Janith has definitely gotten more mature, she looks just as beautiful as she did on the day of her wedding.

Read about how this sweet couple celebrated their 60th anniversary and find out the secret to their long and happy marriage on LittleThings.