Bride And Groom Stand At Altar. Suddenly Groom Turns And Starts Running Out Of Church 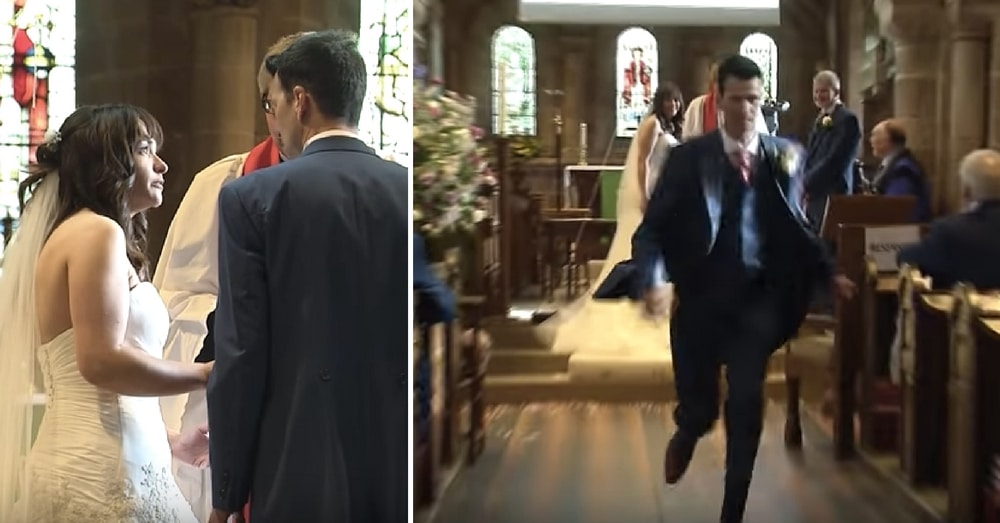 It was the day they had been waiting for. Stuart Kettell and his bride, Vicky, were finally going to tie the knot.

One of the things that had endeared Stuart to Vicky was his sense of humor and playfulness. Stuart and his brother, Robert, were always playing pranks on each other, so Vicky was prepared for some silly antics at her wedding.

As the ceremony progressed, however, everything seemed to go off without a hitch. That is, until it came time to exchange the rings.

The officiant turned to Robert, the best man, and asked him for the rings, but he said Stuart had never given them to him.

The vicar told Stuart that the wedding could not continue without the rings, so the groom said he would run home as quickly as possible to fetch them.

He ran down the aisle and out the door… and that was when a video came on the screen above the altar.

It turned out Stuart had planned the whole thing as a prank on Robert and Vicky, and he had convinced the vicar to be part of the elaborate wedding prank!

The video showed Stuart on a crazy adventure trying to get home to get the rings.

While the wedding guests had at first been worried, that worry soon turned to laughter as they realized it was all a big joke.

Thankfully for Stuart, Vicky found the prank just as hilarious as everyone else!

Click below to see how Stuart’s crazy adventure finally concluded!

Did you find this prank as fun and funny as we did? So share this!