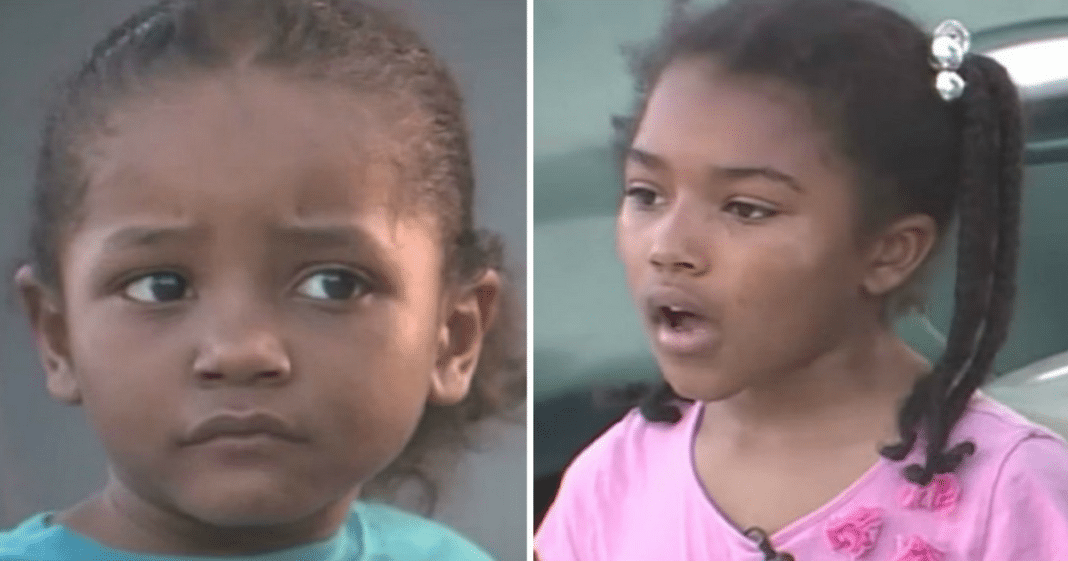 Two small children survived an apparent kidnapping attempt near the border in San Diego. It appears a woman was trying to cross the border to Mexico to get away with the car, but fortunately, their father had prepared them for emergencies with a special cell phone. The brave 8-year-old girl was able to call for help.

Their father parked at a beauty supply warehouse in Lincoln Park, leaving his daughter Malaiah and her younger brother in the car while he went in. It was a hot day, so he left the car running and the air conditioner on.

In just a couple minutes, a woman had spotted the running car and made her move.

“She looked at the car and she saw it running and she saw kids in it. Then she just got in it and drove away,” Malaiah said. 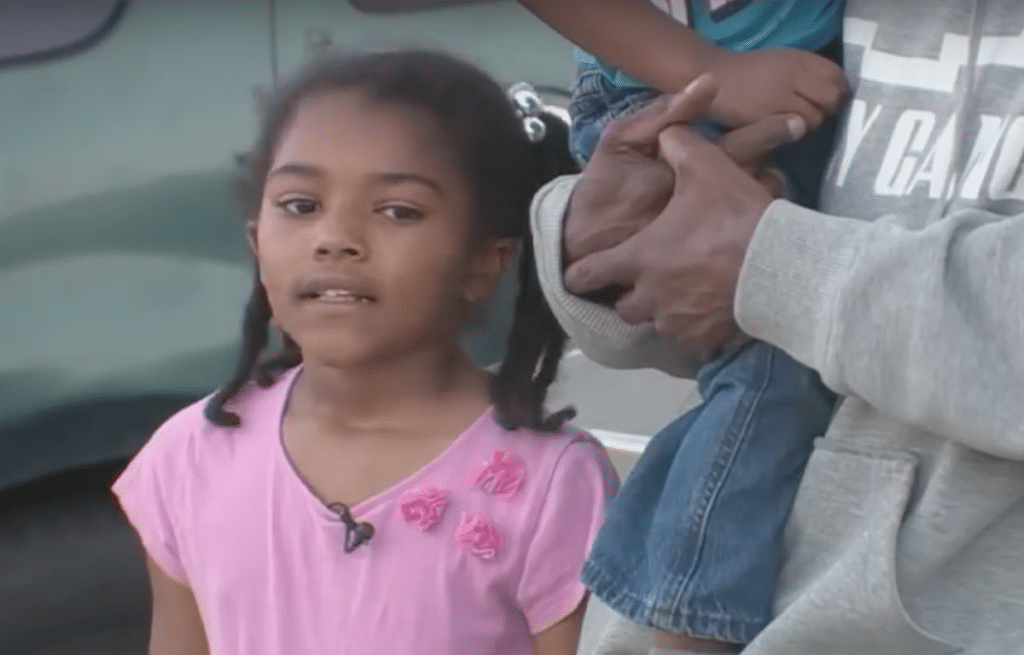 Her father saw the car driving off and came running down the street from the store to catch them.

“I saw my dad coming out the store and I saw him banging on the window, but she rolled the window up,” Malaiah said.

That’s when Malaiah remembered the phone, which would now be critical for her survival. She called 911.

“Me and my little brother got kidnapped!” she said.

The operator asked where she was, and she spotted a sign for the Mexico border. Then the alleged kidnapper tried to get the phone away from her. Thinking quick, Malaiah moved away and got to where she couldn’t be reached. 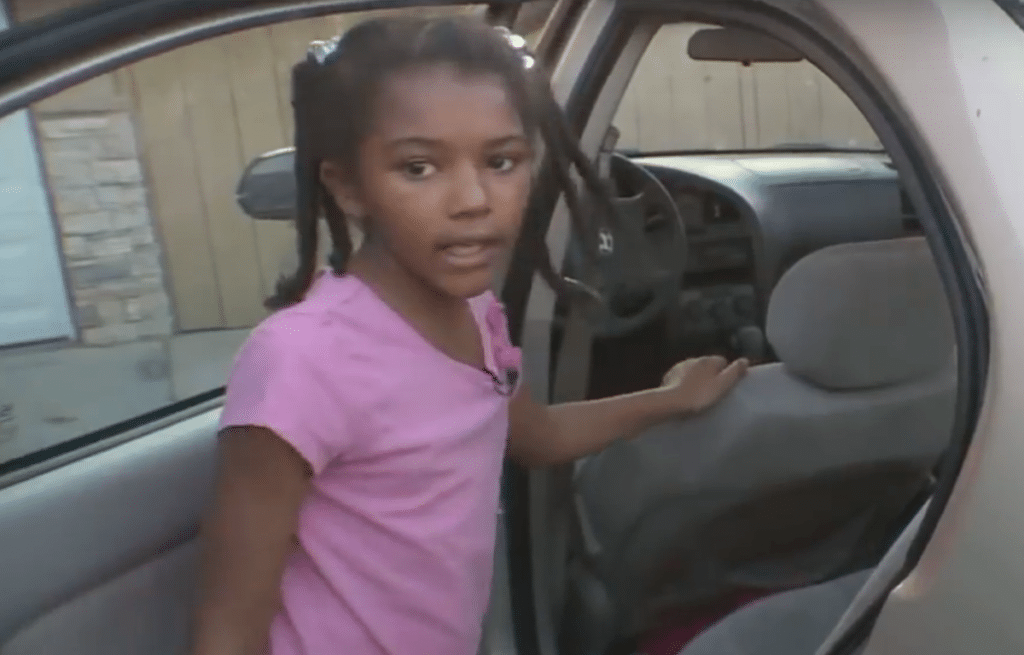 Then the driver threatened to crash the car. Malaiah recalled what she said:

“Give me the phone or I’m going to drive in circles and crash into the freeway wall.”

Finally, the little girl gave up the phone, but by that time, the police had already located them. Guns drawn, they rescued the kids and took the woman into custody. 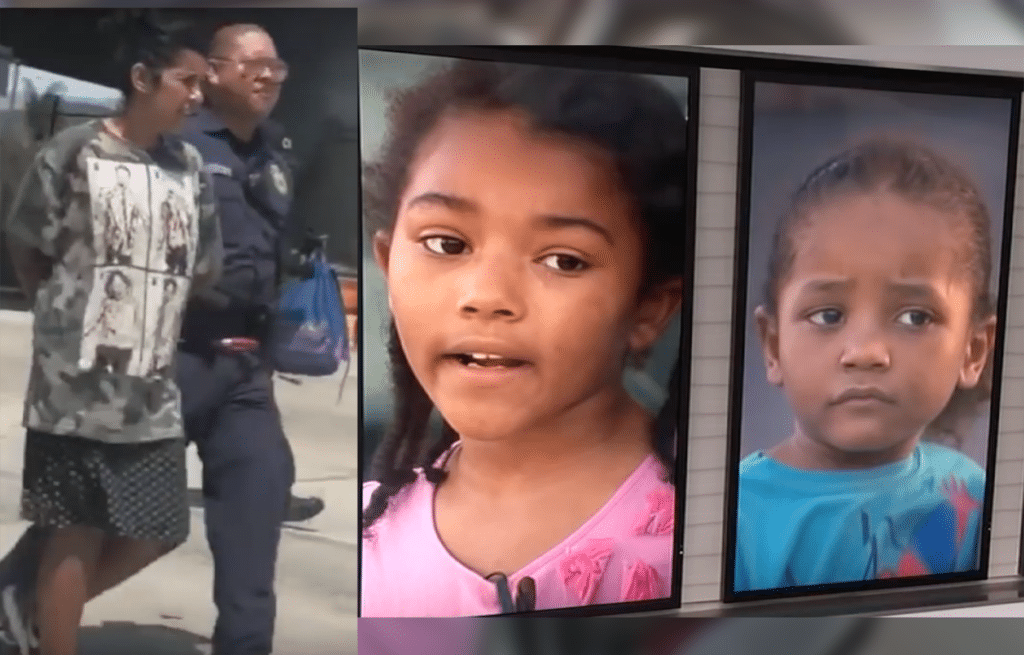 The woman taken into custody and the two kids inside the car.

Malaiah and her brother were rescued with just two minutes left before the woman would have arrived at the border.

Her bravery and quick thinking likely saved her life and her little brother’s life. Then she bravely faced reporters, explaining what had happened with amazing calm and poise.

Authorities say they don’t yet know what the motive was. The woman was unknown to all involved.

See more from ABC7 below: