Bullies Pick On Age 5 Boy And Push Him To The Ground, Cat Comes Out Of Nowhere And Kicks Butt 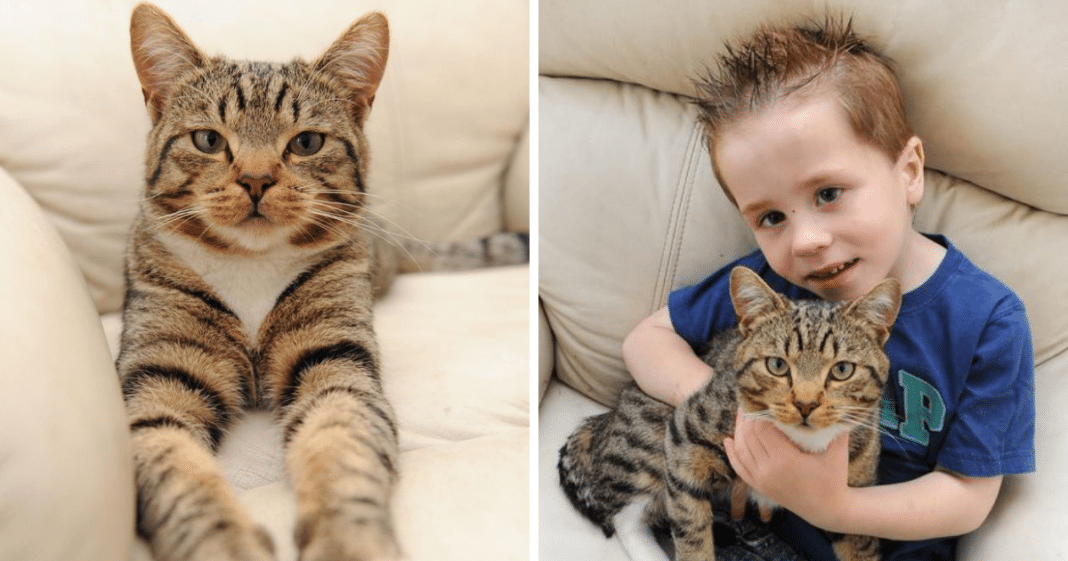 A heroic cat came to the rescue by jumping on bullies picking a fight with his young owner.

Smudge the cat sprang into action and pounced onto the chest of one of the bigger boys when he saw his frightened owner pushed to the ground.

The bully and his friends were so shocked by the tabby cat’s actions that they ran away crying leaving Ethan Fenton, five, and his two-year-old brother Ashton alone.

For his heroic actions, Smudge was nominated for a National Cat of the Year award.

26-year-old Mom, Sarah, who witnessed the attack said: “I was keeping an eye on the boys who were playing football in the front garden. 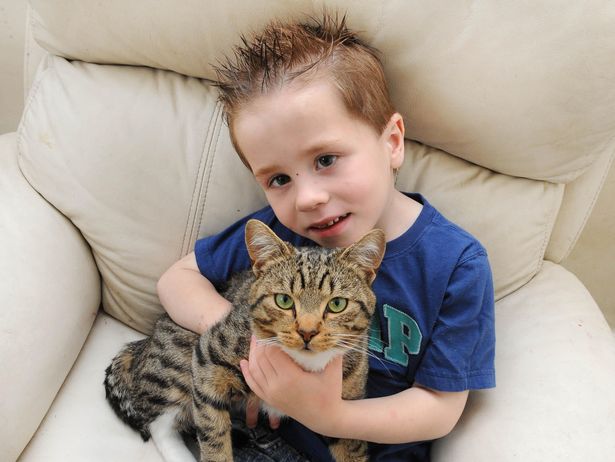 “I saw three boys who were much taller and older than Ethan walk over to our front gate.

“I heard them shout Ethan’s name twice but he ignored them and just put his head back down and kept playing with Ashton.

“But then they shouted him again and then one of the boys got in Ethan’s face and said, ‘Oi! Why are you ignoring me?’ and pushed him over.

“That’s when I rushed outside and saw Smudge fly out from under our car and jump on the boy’s chest.

“I think it was shock more than anything but the boy stumbled backwards, burst into tears and then ran off.

Sarah, a part-time hairdresser, had bought Smudge after being left heartbroken when the cat the family had for just 18 months passed away. 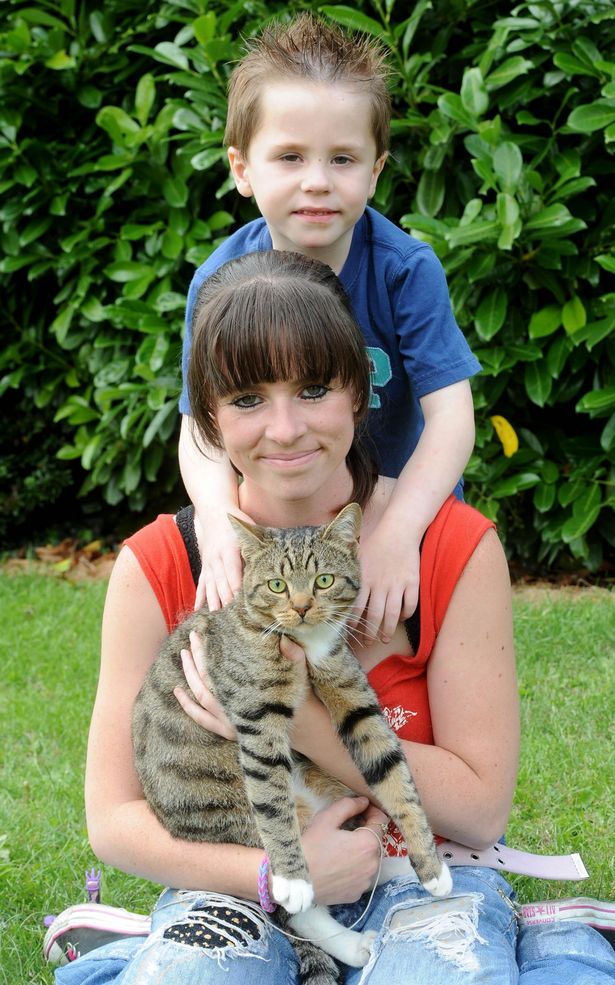 In a strange twist that proved just how perfect of a match Smudge is for the Fenton family, the cat they had originally picked out was sold before they were able to pick it up.

So they bought 10-week-old ginger and white moggy Smudge and, for Sarah, it was ‘love at first sight’.

“I actually feel so much safer knowing Smudge is around after seeing him defend him like that.

“He is a big part of the family and he is more of a brother to the boys than a cat.

When they showed us Smudge it was just love at first sight,” Sarah said.

“He was so small and cute and I knew we just had to have him.”

The family had Smudge for three years before his heroic alter ego appeared, it was something they had never seen from him before. 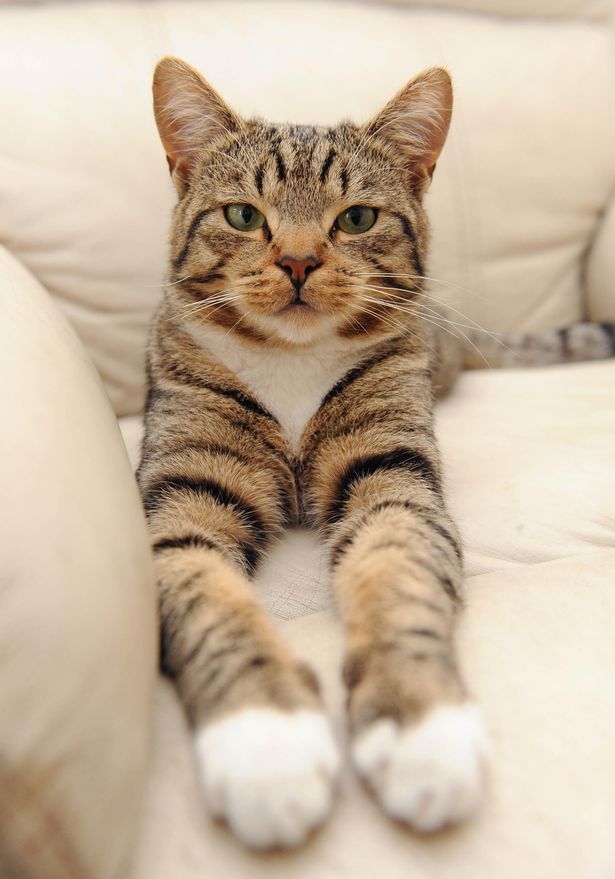 Proud Sarah said: “He has never done anything like that before but it was absolutely brilliant seeing him look out for Ethan like that.

He has slept outside his bedroom keeping guard ever since it happened.”