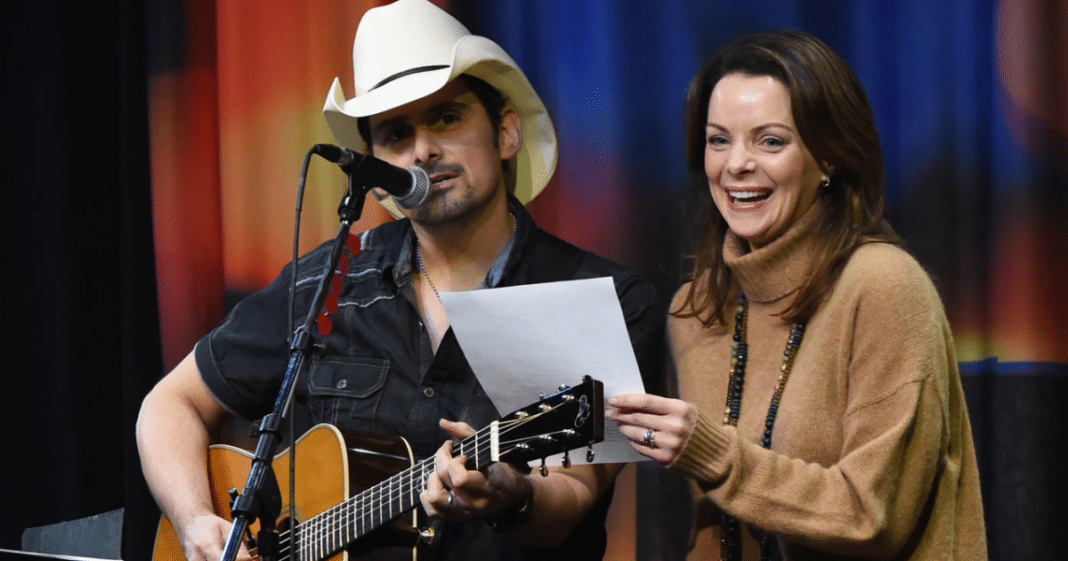 Country music star Brad Paisley and his wife, Kimberly Williams-Paisley were on a trip to Santa Barbara, California last Thanksgiving. Their two kids, Huck, 11, and Jasper, 9, were acting up, and they wanted to teach them about being thankful and giving back. So they took them to the Unity Shoppe, a year-round “Free” grocery, and clothing store with a mission of helping people “shop with dignity for their basic needs.”

The Paisleys may not have expected it, but they were so inspired by what they saw that they knew they had to bring the concept to their home in Nashville, Tennessee. They teamed up with Belmont University, which is Brad’s alma mater, to find the perfect location in the heart of Nashville’s bustling 12 South district.

Now they are raising funds at thestore.org, and if they achieve their goals, they plan to open next year. They need to raise a total construction target of $1.2 million but will accept donations as little as $10.

Excited to partner with @BradPaisley and @Kimwilliamspais on this important initiative! https://t.co/bW9bziJJ6m

The famous singer says it’s all about giving those down on their luck some dignity as they get back on their feet.

“There’s choice and there’s dignity. It’s like walking through a small grocery store and picking out the food that you need for your family,” explained Brad.

“To be able to build something like this, and allow the people to have dignity while they are down on their luck is a gift I think that would be amazing to give,” he added.

Some of you may have heard about the new charity we are launching in Nashville, called “The Store” @thestore_nashville. It’s in partnership with @belmontu, my college, and it’s in its early stages but I’m very excited about this concept. More to follow on how you can be a part of it going forward.

Kimberly Williams-Paisley added that she wants to help people become self-sufficient through a variety of programs.

“Ultimately we want to have job training and education about nutrition that people are making healthy choices and ultimately becoming self-sufficient,” said Kimberly Williams-Paisley.

“An apple a day keeps the doctor away” is an old English proverb-that means eating nutritious foods will make you healthier. The Store will offer healthy food choices to individuals and families?#thestore #giveback #kimberlywilliamspaisley #bradpaisley #charity #families #food pic.twitter.com/ZoVllgKJGL

If The Store is realized, they plan to serve up to 3,000 people a year starting in 2019. They plan to do offer a lot more than just groceries, including a “free” toy aisle for the kids.

See the story in the video from NewsChannel5 below: