Boys Stop In Middle Of Race And Link Arms. Now Keep Your Eye On The One In Red… 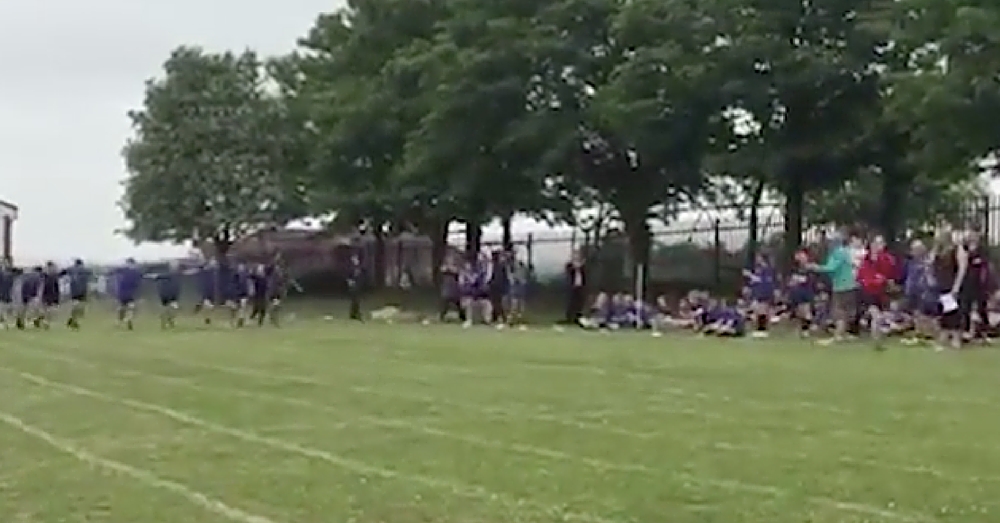 During a sports day at Wrawby St Mary’s C of E Primary School in Lincolnshire, England, the boys from the Year Six class proved they know the true meaning of good sportsmanship.

During the 100m race, the boys decided to do something special for their classmate, Rory Kettles, 11, who has Down syndrome.

The boys have been classmates since they were young, and according to Rory’s mother, Ros, “All the children in his class have been really kind to him and included him in everything.”

Knowing that this would be Rory’s last sports day at the school, the boys devised a plan that left all of the spectators stunned. When the race started, all of the boys linked arms and ran together, letting Rory win while the rest of them took a joint second place.

Apparently the boys came up with this plan all on their own. They went to the PE coordinator and told him they wanted Rory to win the race.

Ros said Rory was “over the moon he won,” and added that she was very touched by the boys’ gesture as well.

The school’s head teacher, Mariclare Potterton, said she is very proud of the way these boys showed kindness to their classmate. “As you can imagine I’m incredibly proud of all the children,” she said, “it was something the children came up with themselves. It promotes what this school is all about – all of our children are very important to us. Just before the race they asked if it was OK. They had obviously been discussing beforehand. It was so emotional, I was so touched.”

Michelle Drury, whose son Rio participated in the special race, captured the incredible moment on camera. “I’m unbelievably proud of what Rio and the boys did,” she said. “Being their last sports day they decided they wanted their friend Rory to remember his last running race by coming first.”

“Everyone at the sports day were crying their eyes out,” she added, “these kids don’t know how amazing they are. Rory’s mum couldn’t believe it, but the boys acted like it wasn’t a big deal.”

Watch the incredibly touching moment for yourself by clicking on the video below:

Were you touched by these boys’ selfless act? So share this!