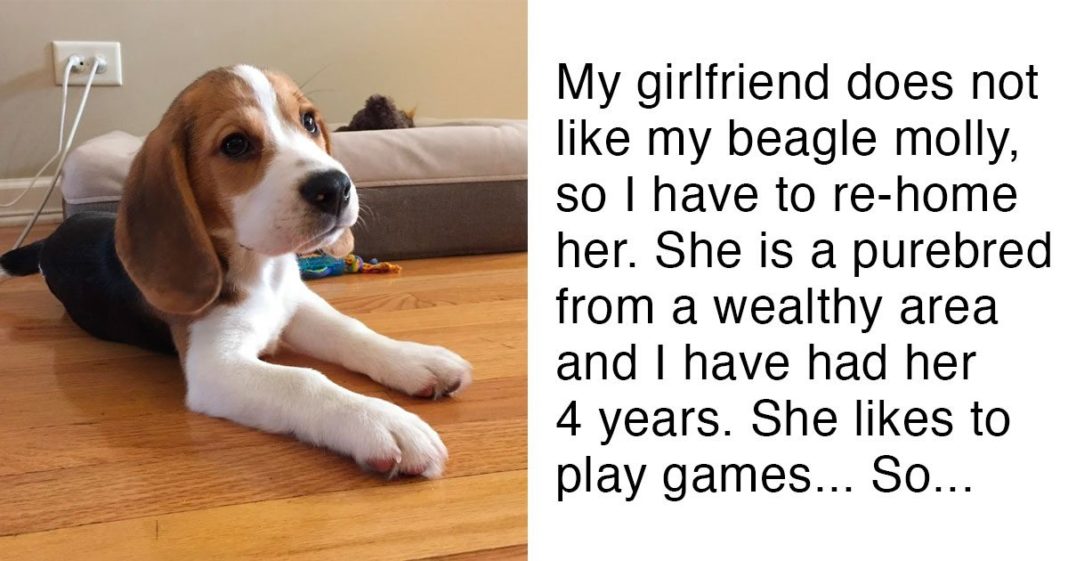 Have you ever seen that show on Animal Planet called My Cat from Hell? I’m not a cat person. I prefer dogs; but for those people having trouble with their resident felines, cat Daddy, Jackson Galaxy saves the day. And possibly even relationships.

It’s bad when someone in a relationship is close to leaving because of an animal. What if though, one person gives the other an ultimatum? Your animal or me?

I wouldn’t hesitate to remove that person from my life. Pets are like family to me. Being in a relationship means you take the good with the tough. This might mean a dog or cat you dislike. Hey, deal with it. Or call Jackson. But one guy from Roanoke, Virginia wrote a hilarious ad on Craigslist seeking a new home for his selfish witch of a girlfriend because she wanted him to get rid of his beagle, Molly. 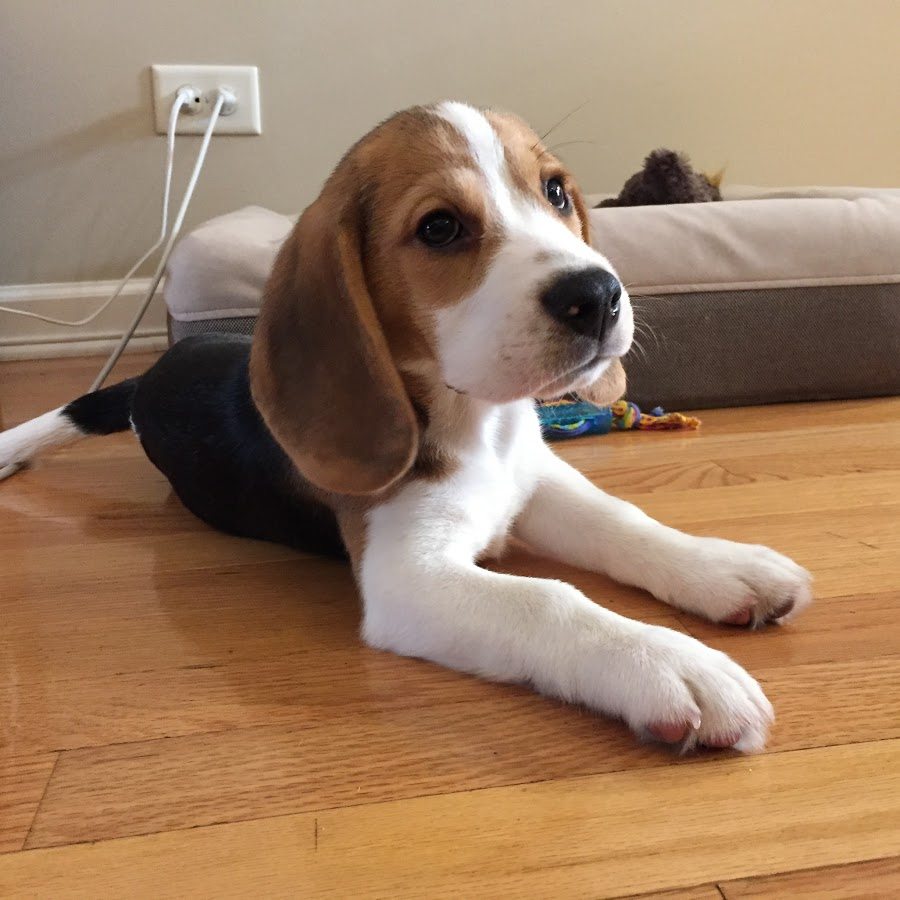 He placed this ad in the “Community/pet section” of the website: “My girlfriend does not like my beagle Molly. SO I have to rehome her,” he wrote. “She is a purebred from a wealthy area, and I have had her four years. She likes to play games. Not totally trained. Has long hair so she’s a little high maintenance, especially the nails, but she loves  having them done.”

Read on because it gets better: “Stays up all night yapping but sleeps while I work. Only eats the best, most expensive food,” he continues. “Will NEVER greet you at the door after a long day or give you unconditional love when you’re down. Does not bite but she can be mean as hell!”

Doesn’t this dog sound like a total nightmare? “So… anyone interested in my 30-year-old, selfish, wicked, gold-digging girlfriend?” he asks. “Come and get her! Me and my dog want her re-homed ASAP!!”

Re-homed? I think you mean dumped. I still can’t understand how someone could ask another to get rid of their pets. What a selfish, self-centered thing to do.

“The dog should not be the one leaving. She’s your child, not just a dog. The trauma you do to that baby is cruel and despicable. Girlfriends come and go but baby’s stay forever,” wrote one person in the comments on Happiest. 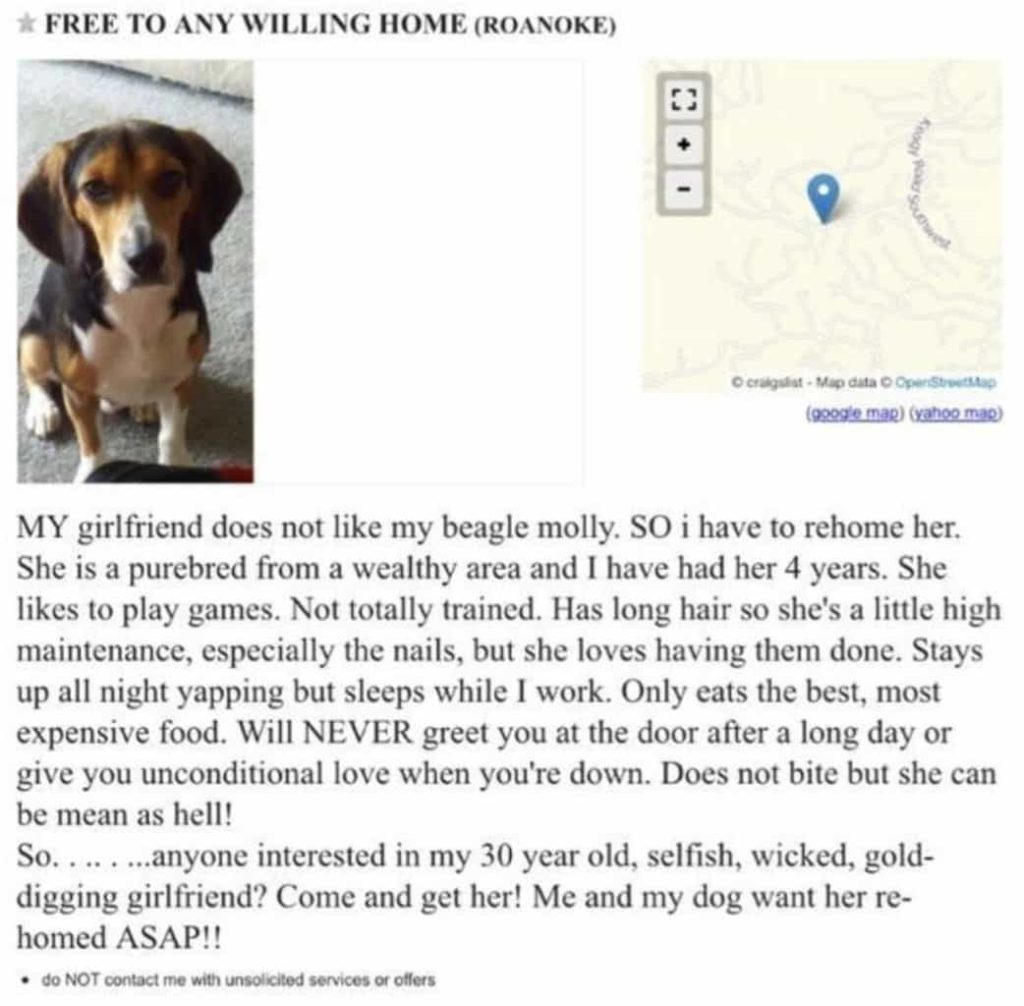 “I give you six months with the girlfriend what are you going to feel like then about giving up your baby. It shows who will wear the pants in your life. If she can’t accept you and your baby you  need to think twice before you continue a relationship with someone so cruel.”