Boy In Tears Saying Goodbye To Grandparents, Then Sees Something On Phone 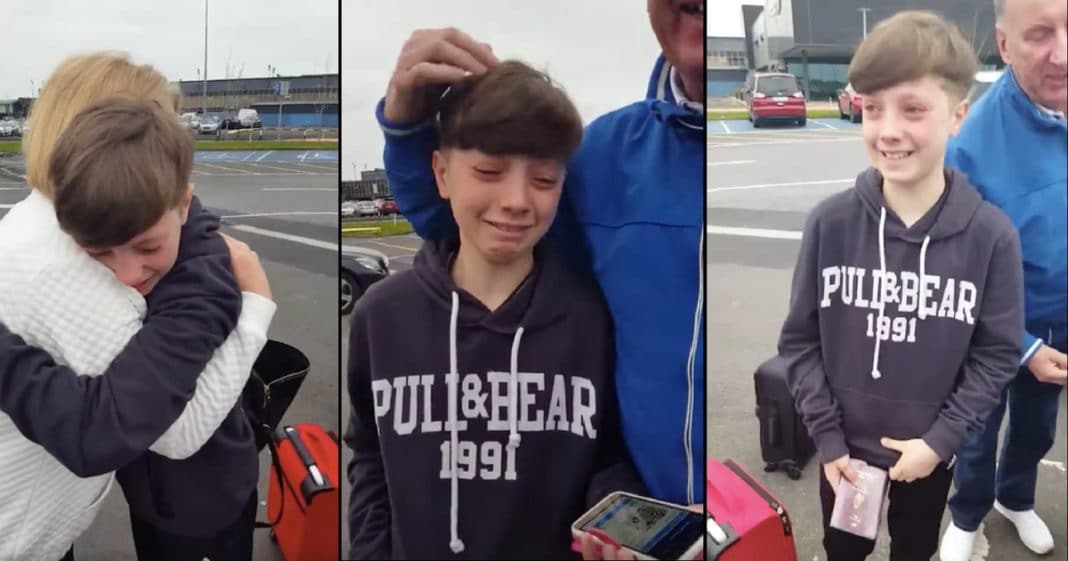 There is just something so special about the relationship between a child and their grandparents. While grandparents once had to be the parents who made sure rules were followed and little ones’ needs were met, now they get to just have fun with the kids and spoil them to their hearts’ content.

Sean McGrath has a very close relationship with his grandparents and was sad to say goodbye to them even for a short time as they took a trip to Spain. He held back tears as he drove with them to the airport to drop them off for their flight.

Right before they left, though, Sean’s grandmother asked him to check their boarding passes and make sure everything was correct.

He saw his grandfather’s boarding pass first, then his grandmother’s. But as he continued to swipe he saw a ticket that wasn’t supposed to be there.

That’s when his dad revealed they had all been tricking him. Click below to see what the big surprise was:

Without him knowing they had secretly booked a ticket for Sean and his dad had brought a packed suitcase so he could get right on the plane with his grandparents.

“Really?” Sean kept asking, even as they walked to the airport. “Am I really going?”

How special to get some extra time with his grandparents! We’re sure this is a trip Sean will never forget!

Do you think children should get more time with their grandparents? So share this!