Boy Playing In Sand Dunes Finds Girl Buried Alive. What He Does Next? This Boy’s A Hero! 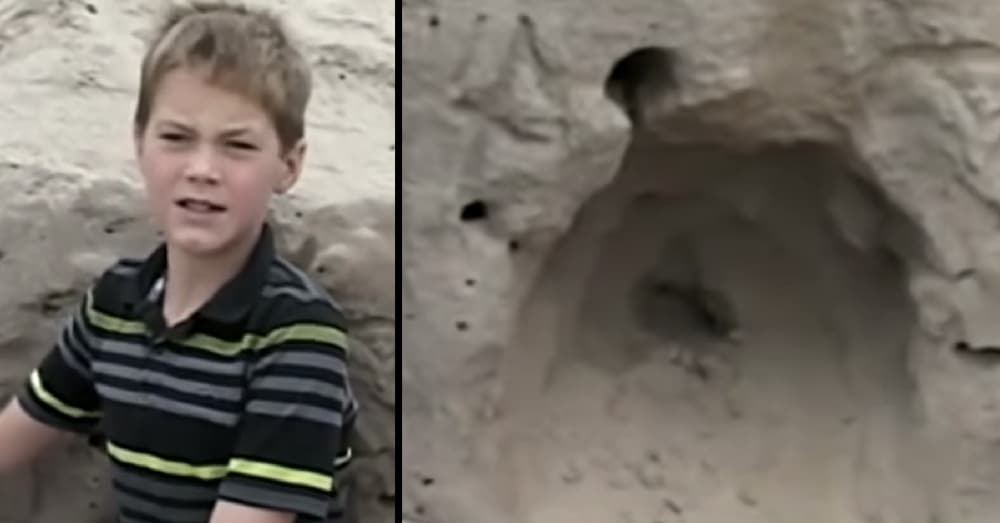 Connor Fitz-Gerald was playing in the sand dunes with some other kids when he noticed something terrifying. Five-year-old Alyssa Bostic had been digging a cave in the sand, but it collapsed on top of her and trapped her underneath.

Knowing their parents were too far away and that Alyssa didn’t have much time, Connor began to dig.

The 11-year-old first figured out where Alyssa’s head was and started moving sand out of the way so he could get to her. When he finally got to Alyssa she was unconscious and had sand in her mouth, nose, and eyes.

Connor pulled her lifeless body out of the sand and began to do CPR, which he says he only knew how to do by watching episodes of the television show NCIS.

By the time paramedics arrived, it would have been too late. They say if it hadn’t been for Connor’s quick thinking and heroic actions, the little girl would have died.

Connor’s dad, Tim, is incredibly proud of what his son did that day.

“I am glad he was able to sit back and go, wait a minute something’s going on, there’s not a parent here, I know they’re at least a quarter mile away, I need to do something,” he said.

Alyssa was able to make a full recovery and is now doing well, all thanks to her hero, Connor.

Do you think Connor is a hero? So share this!