Boy Dying After Horrific Car Crash, But When They Put Him Next To Dog A Miracle Happens… 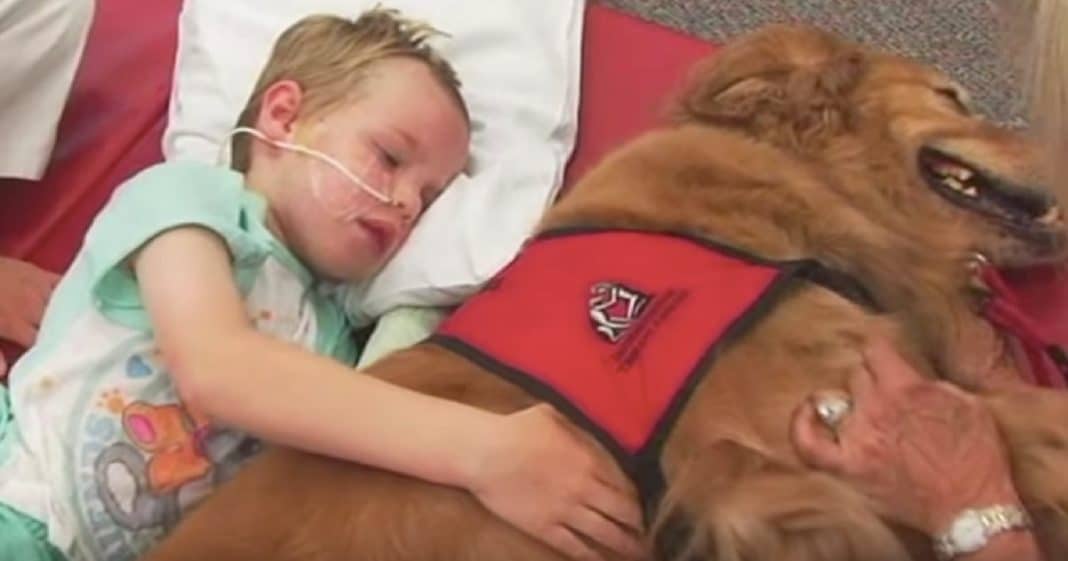 It’s not hard to find stories of the special relationships animals have with humans, but some stories are just so special that they take your breath away. Such is the case with this story about 6-year-old Caleb and golden retriever Colonel.

Caleb was in a horrific head-on car collision that left him with many broken bones and a traumatic brain injury. As doctors monitored his recovery and brain activity, things didn’t look good. His parents began to lose hope that Caleb would make it.

Then one day it was suggested that they bring a therapy dog in for Caleb to work with. Desperate to try anything, his parents agreed.

They weren’t sure what to expect, but when Caleb met Colonel something miraculous happened…

Almost immediately, Caleb began to move more and his brain function began to improve. And even though he didn’t see Colonel again for about a month, the short time they had already spent together gave Caleb the boost he needed in his recovery process.

Today Caleb has regained his mobility, motor control, speech, and joy for life. Proof of the power of a dog’s love and the miracle a therapy animal can provide.

Were you amazed to see Caleb’s progress after meeting Colonel? So share this!