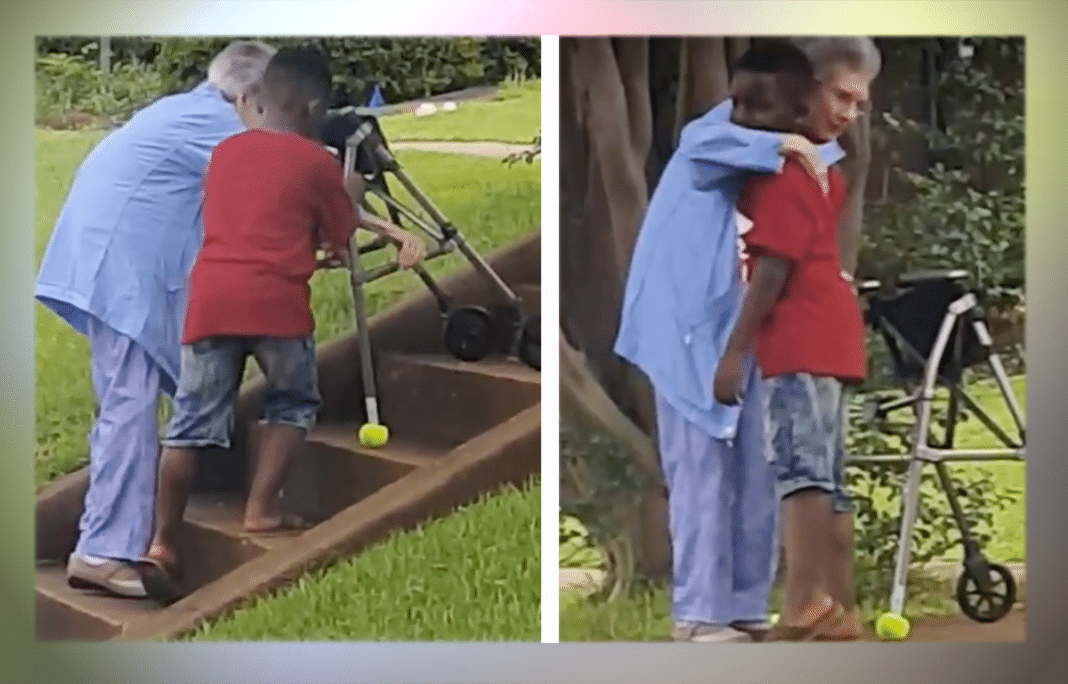 An 8-year-old boy from Milledgeville, Georgia, southeast of Atlanta reminds us that kids today can still be as kind as ever. Maurice Adams Jr. was riding in the car with his mother Contrica Hill when he saw a woman with a walker struggling to get up a fairly steep outdoor cement stairway.

Although many would have just watched, this boy was different. He asked his Mom if she would stop the car so he could get out and help the woman climb the stairs.

She stopped the car and Maurice jumped out. He helped the elderly woman pick up her walker and move it up each step, carefully keeping a hand on her shoulder for added support.

He patiently took his time as she made her way to the top, then they shared a warm hug before Maurice went back to the car with a big smile on his face.

Contrica and Maurice didn’t know the woman, but she reported that the woman had a message for her son when they reached the top.

“She told him that he’s special,” said Contrica.

Unbeknownst to the two of them, a bystander named Riley Duncan was filming the whole thing. He shared the video on Facebook with the caption, “Thank God for our youth.” In several days, the video had over 22,292 shares.

Duncan and Hill connected on Facebook and planned to meet on Wednesday.

“Duncan told CBS News he wants to reward the 8-year-old for his selfless good deed and is going to give him $100 when they meet.”

In the end, the simple gesture of kindness touched thousands of people and reminded us how powerful acts of kindness can be for everyone, especially today.