Boy With Allergies Can Only Eat 7 Foods. Then Chick-Fil-A Does Something That Leaves Mom In Tears 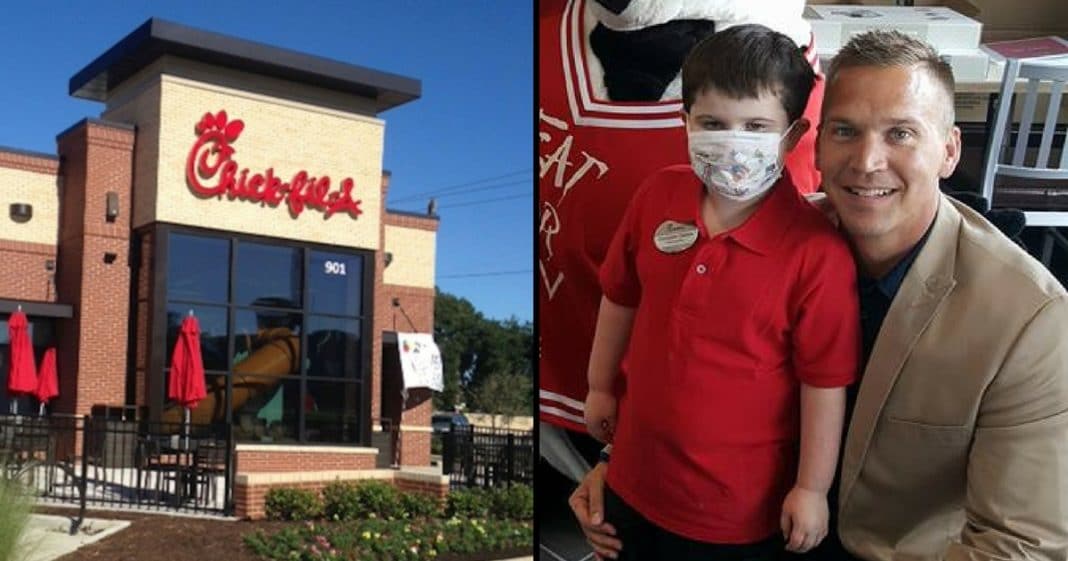 If you or one of your children has a severe food allergy, you know how much that can affect your life. You have to be very vigilant about what you eat and are constantly nervous that you might accidentally ingest the dangerous food.

But what if you could only eat 7 foods on the whole planet?

That is the challenge 6-year-old Christopher Cataldo faces. The young boy suffers from eosinophilic esophagitis and has severe allergies to about 90% of all foods. Doctors have only cleared him to eat 7 foods total.

One of those foods happens to be potatoes, which means Christopher and his mom, Kellie Cataldo, make at least one stop a day at their local Chick-fil-A for some waffle cut fries.

Eosinophilic esophagitis also weakens Christopher’s immune system, so he can’t actually go into the restaurant, but he and his mom frequent the drive-thru window.

“He associates [Chick-fil-A] as ‘his place,'” Kellie said, adding that being able to eat the fries helps make him feel like a normal kid.

Christopher loves Chick-fil-A so much that he wants to open his own franchise one day.

When Brad and Alicia Munson were getting ready to open a new Chick-fil-A near Christopher, they decided to make his dream a reality. Before the store was opened to the public they invited Christopher to come be boss for the day.

“Christopher Cataldo is one of the strongest six year [olds] we have ever met,” Brad said. “Christopher loves Chick-fil-A and dreams of being a Chick-fil-A Franchisee… we will honor him by making his dream a reality.”

Christopher got to take a tour of the facility, play on the playground, take orders, and even cook up a batch of his favorite fries.

Kellie was overwhelmed by the kindness Brad showed her son.

“It means the world,” she said through tears. “I could not have asked for a better gift today. Or in general, just a gift to him.”

“Thank you to everyone that made this happen,” she wrote later. “Today [this restaurant] was a place that a little boy was given extra hope for what his future can hold.”

This isn’t the first time Chick-fil-A has been in the news for going above and beyond and showing kindness to others. Click here to read about how they helped a hungry homeless man in need, and read about how they reached out to victims after a mass shooting here.

Were you touched by what Brad did for Christopher and his mom? So share this!