Bodybuilder With Down Syndrome Inspiring MILLIONS After What He Just Did 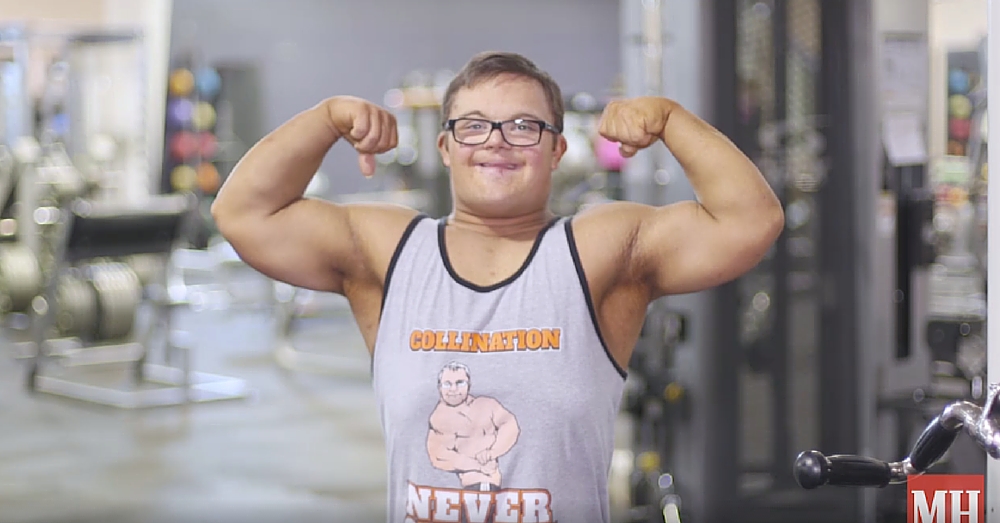 Collin Clarke, a young man with Down syndrome, was working the front desk at Bob’s Gym North in Evansville, Indiana, when he started to get curious about personal trainer Glenn Ubelhor’s workout routine. Glenn was training for bodybuilding competitions, and incredibly shy Collin would secretly watch him through the blinds and then try to emulate his moves.

When Glenn noticed Collin watching him, he offered to train him. Collin, a lifelong fan of WWE and John Cena, jumped at the chance.

A year later, Collin had lost 60 pounds and was ready to compete. He went on to place fifth in a bodybuilding competition where he was given no special treatment or preference.

It wasn’t just Collin’s body that changed – his entire attitude and look out on life changed as well. Once extremely shy and introverted, he is now much more outgoing and engaged with life, both inside and outside the gym.

His mother, Jodie, is so proud of everything Collin has achieved. “Collin has never given up, never quit, has heart and dedication,” she said. “Collin never had any doubts about his end result. He knew he could achieve his goal. I do, however, think he surpassed his own bar that he set for himself.”

Today Collin is inspiring millions to work hard and never give up on their dreams. His father, S. Carter, told People magazine, “What I personally find amazing is the amount of people that Collin inspires each and every day from near and far, and to some extent he has no idea he has that power. He is just being himself – a 22-year-old man with Down syndrome, trying to conquer this world one day at a time.”

Were you inspired by this young man’s passion and drive to achieve his dreams? So share this!