Blind Man Stunned When Stranger Grabs Him From Behind. Seconds Later Realizes He Just Saved His Life 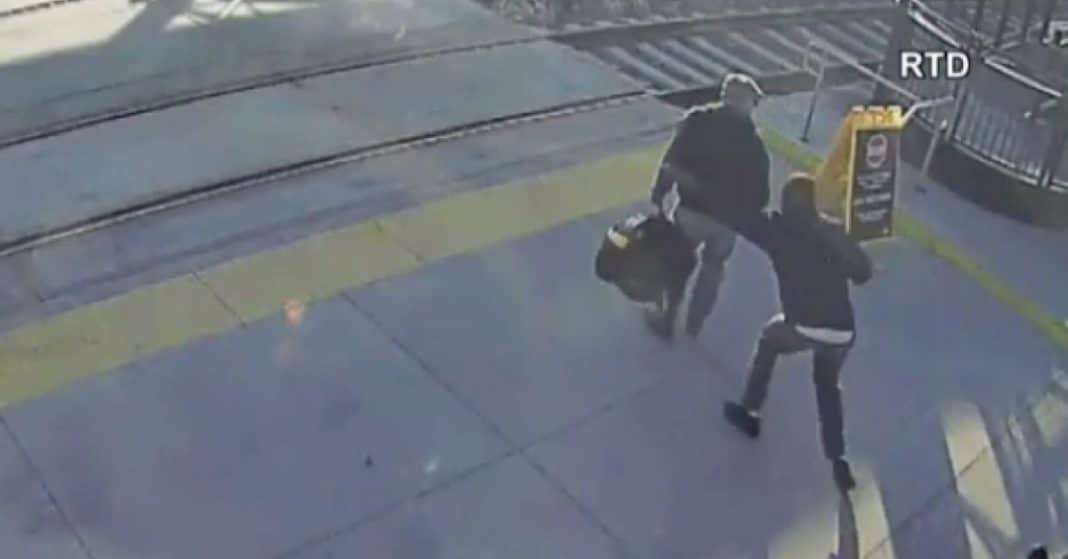 The evolution of assistive technology has been immense and amazing, enabling those with disabilities to live and flourish independently.

Many living aids and assistive products used to be expensive, costing thousands of dollars. They were only obtainable by few. But now more than ever, these products have become more affordable, allowing more individuals with disabilities to take advantage of them.

But even with the development of such technologies, nothing can replace our senses or the helping hand of a stranger. Accidents can still happen. Mike Wyatt, a man from Aurora, Colorado, learned this the hard way.

Mike, who is blind, was at the train station and about to cross some tracks, utterly unaware that a train would be zipping past in a matter of seconds.

Thankfully, a stranger walking behind Mike saw the imminent danger and leaped into action, grabbing the back of Mike’s coat just as he was about to set foot on the tracks.

Mike was surprised and shaken as he thanked his rescuer for saving his life.

The other pedestrians resumed their day as if nothing had happened, but Mike will always remember the kindness of the good Samaritan who saved his life.

While Mike doesn’t know the name of his rescuer, he has returned to the train station with a sign and intends on coming back again to hopefully be reunited with the man who provided him with a new lease on life.

“You live and you die. It’s what you do in between, and this young man did a great thing for me. That’s what I want to say to him: ‘Thank you,'” Mike said. “It feels like someone is watching over me. That’s good. That’s really good.”

Who knows what might have happened had this stranger not had the foresight, courage, and quick reflexes to stop Mike from stepping in front of the moving train. Thankfully, we don’t have to find out!

Help spread this story and get Mike reunited with his rescuer! Share this!