Blind, Deaf Cat Missing For Weeks. He’s Sure She’s Dead, But Then He Gets This Unexpected Call 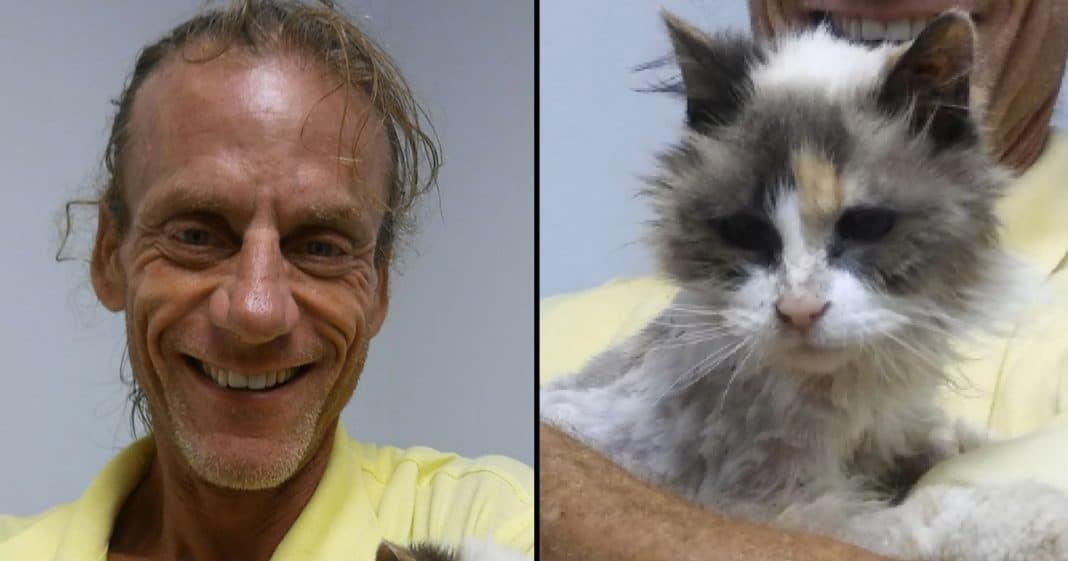 After his beloved 20-year-old travel companion, a deaf and blind cat named Lily, ran off and got lost during a trip to Fort Lauderdale, Florida, this past February, Raymond McNamara posted fliers and searched desperately for the feline for more than three weeks, until finally accepting that she had likely died and he would never see her again.

Emotionally drained, McNamara, 50, drove to California to look for jobs as a bartender or waiter, missing the comfort of having the travel-happy seal point Siamese by his side. Then, in mid-May, he received an urgent message from his mother:

Animal rescue volunteers were trying to reach him because Lily had been found at a Fort Lauderdale construction site, near the beach where she’d gone missing. Dehydrated and malnourished, she was covered with cuts and scrapes, but alive.

“I climbed in my car as soon as I could and started driving back to Florida, with tears of joy all the way,” McNamara tells PEOPLE. “What a glorious occasion. Really, it’s a miracle.”

The emotional reunion between the unemployed service industry worker and his cat — videotaped at a veterinarian’s office and posted on YouTube — “was the best feeling in the world for Robert and anybody who sees the video,” says Kathy Bieniek, vice-president of Saving Sage Animal Rescue in Miami, a foundation that had helped search for Lily.

“He and that cat have such a strong bond — he’s never going to let her out of his sight again,” she says. “It was a very happy day.”

Since he rescued Lily from the streets in Washington state two years ago, McNamara had traveled coast-to-coast with the cat, never worrying about her running off at hotels or rest stops. 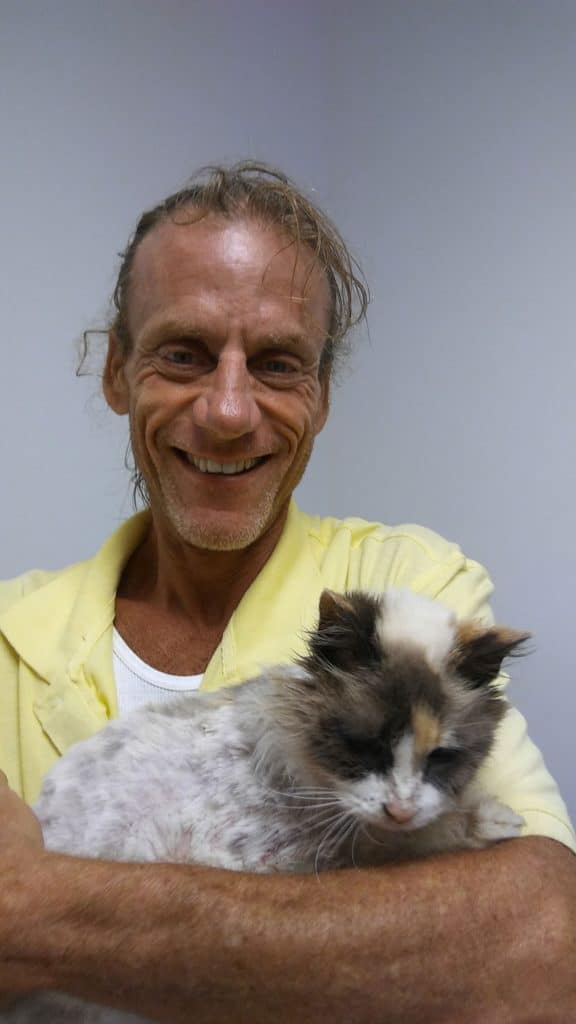 “Because she’s blind, she always sticks close,” he tells PEOPLE. “But in early February, when we were at a sand dune, I walked 10 feet away and turned my back for a brief moment. And when I turned around, she was gone.”

McNamara frantically searched through the surrounding brush for more than four hours, then had fliers made up about Lily, listing his contact information. For three weeks, he painstakingly searched eight square blocks, knocking on doors, hoping that somebody had seen her.

“I was so upset, I just stopped eating and I lost a bunch of weight,” he says, “and it got to the point where I was exhausted and running out of money. Finally, I figured, ‘She’s gone — sad as it is, I need to accept it and move on.’”

Read about how Lily was finally rescued and reunited with McNamara on People.