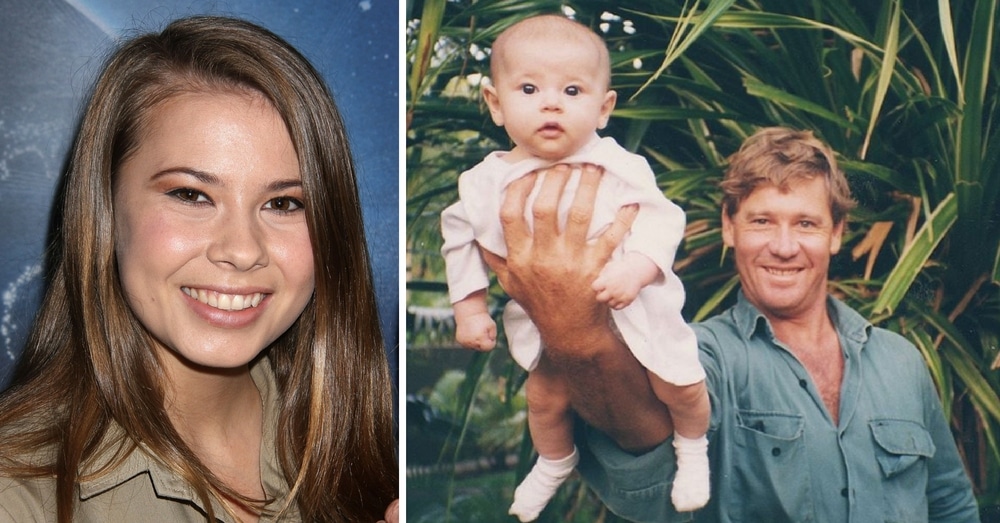 The world mourned the death of popular animal conservationist Steve Irwin when he was killed in 2006. With his huge grin, unending energy, and love for life and the animals he worked to protect, we felt like we knew him as we invited him into our homes via our television screens.

As much as the world mourned his loss, though, his death was obviously felt greatest by those closest to him. Devastated, his wife and children worked to pick up the pieces of their lives and carry on the incredible legacy that Steve had begun.

Steve’s daughter Bindi has been at the forefront of this, capturing the hearts of the world in much the same way her father did. Energy, passion, and kindness emanate from her just as they did from him.

On September 4, 2016, the tenth anniversary of Steve’s death, Bindi posted a tribute to her late father on her Instagram page. The picture she shared was one of her and her dad when she was just a baby, and the caption, though short, was incredibly poignant:

“You’ll be my hero for my entire existence. I love you more than words can describe.”

You’ll be my hero for my entire existence. I love you more than words can describe.

Were you touched by Bindi’s sweet tribute to her dad? So share this!