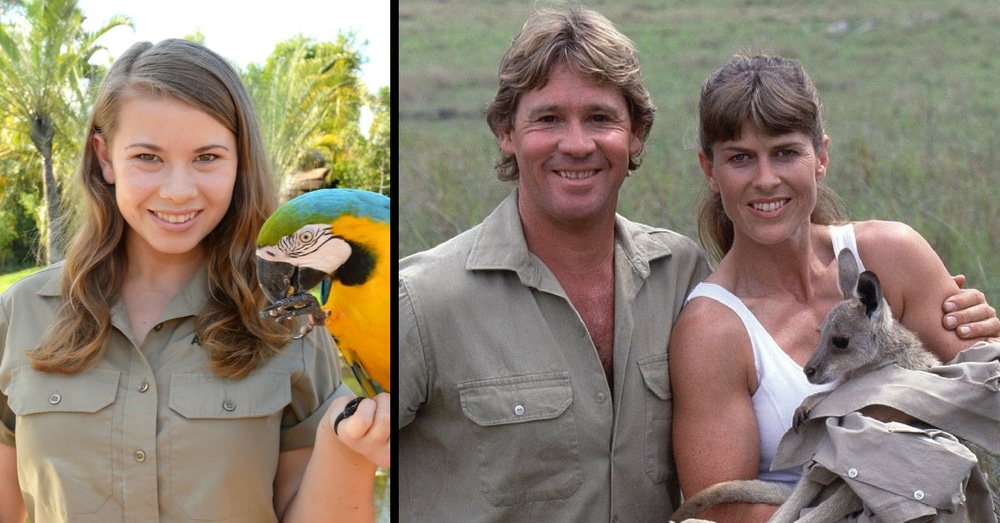 Her famous father died 10 years ago when she was just eight years old.

And Bindi Irwin has shared a tender tribute to her father Steve and mother Terri’s romance, taking to Instagram to post on Tuesday that ‘True love lasts always’.

Soul mates – in this life and every other. True love lasts always.

The sweet photo appears to have been taken shortly before Steve’s death, where he was killed after being pierced in the chest by a stingray barb in 2006.

‘Soul mates – in this life and every other. True love lasts always,’ Bindi captioned the photo.

Her post was soon swamped by sympathetic fans who offered comforting messages for the teenager.

One Instagram follower wrote: ‘The way he would look at you and your brother with such awe and love….captured my heart!! I know he is so proud of you Bindi.’

Bindi has spoken before of her grief at losing her father so suddenly, telling Sunday Style in 2015: ‘You never actually move on from it.’

‘As a little kid, I remember people coming up to me and saying, “I’m so sorry [for your loss], sweetheart, but time heals all wounds”,’ she said.

‘There really isn’t a greater lie. It’s just not true. It’s like losing a part of your heart.’

Read more about Steve and Terri’s love for the ages on the Daily Mail.