Billy Graham To Be Laid To Rest In Casket Made By Prison Inmates. There’s A Special Reason Why 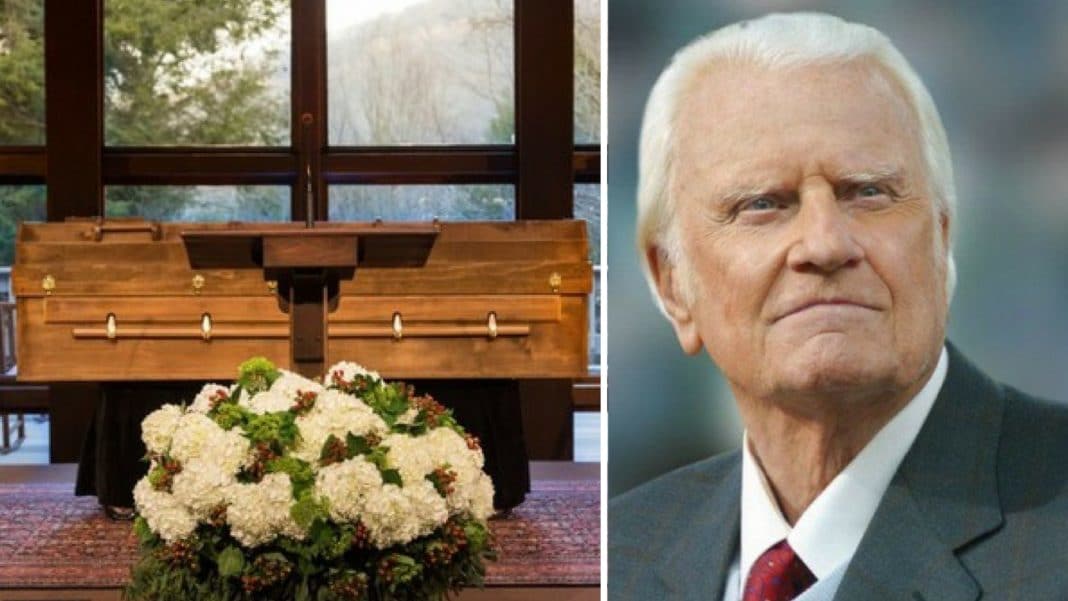 For decades, Reverend Billy Graham has preached around the world, touching the lives and hearts of old and young, rich and poor, royalty and working person alike. Graham died at the age of 99; he is to be laid to rest in a simple casket made by inmates at the nation’s largest maximum security prison –  Louisiana State Penitentiary in Angola.

“While touring the correctional facility after preaching there in 2005, Graham’s son Franklin saw caskets being built,” the family’s spokesperson said in a statement. “Inmates at Angola make caskets for other inmates who cannot afford to purchase one. Moved by this, the younger Graham requested that inmates make caskets for his mother and father.”

It cost $200 to make the casket. Three men were involved in building it: ‘Richard “Grasshopper” Liggett, who died in 2007,  Clarence Wilkerson, who died earlier this month and David Bacon, who was released in December 2016  after Gov. John Bel Edwards commuted his sentence, The Advocate reported.’

Liggett was serving a life sentence for second-degree murder. “Humbled? He was honored; he was honored,” former Angola Warden Burl Cain told  The Washington Post in 2007, shortly after Liggett’s death. “He told me, of everything that ever happened in his life, the  most profound thing was to build this coffin for Billy Graham and his family.”

An identical coffin was made for Ruth, Billy’s wife; she was laid to rest in June of 2007. For the Graham’s, their connection to Angola was very personal. The family donated thousands of dollars to help rehabilitate the correctional facility. Two chapels were constructed on the property; one of which was dedicated to honor Billy Graham in 2006. The family visited and preached to inmates numerous times.

“They’re really part of the transition that was there,” Cain said. “The place was blessed because of them.”

Reverend Graham’s memory will live on for all those who loved his teachings.