Biker Dies In Tragic Accident. What Beloved Horse Does At Funeral Leaves Everyone In Tears 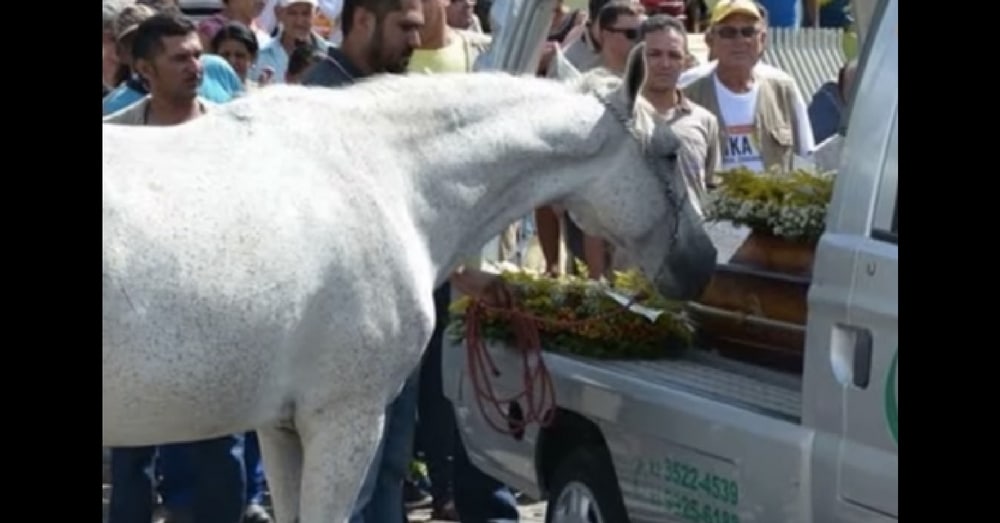 Wagner Lima, a 34-year-old Paraguayan cowboy, and his horse Sereno were best friends. They spent every day by each other’s sides and had an incredible bond that was almost beyond explanation.

When Wagner died in a tragic motorcycle accident in Brazil on New Year’s Day, everyone knew that his passing would be especially difficult for Sereno. Wagner was Sereno’s whole life.

They decided that Sereno should be at the funeral along with the rest of Wagner’s friends and family.

“This horse was everything to him,” Wagner’s brother Wando said. “It was as if the horse knew what was happening and wanted to say goodbye.”

Wando and Sereno led the emotional procession down the street toward Wagner’s final resting place. That scene alone was heartbreaking enough, but it’s what Sereno did when he got close to Wagner’s casket that left everyone in tears.

When Sereno got close enough to the casket to pick up Wagner’s scent he bent his head to caress the casket and whimpered as they continued down the street.

Sereno is obviously heartbroken, but thankfully he won’t be alone. Wando says he will be taking care of Sereno now that Wagner is gone.

Were you touched by Sereno’s reaction when he saw Wagner’s casket? So share this!