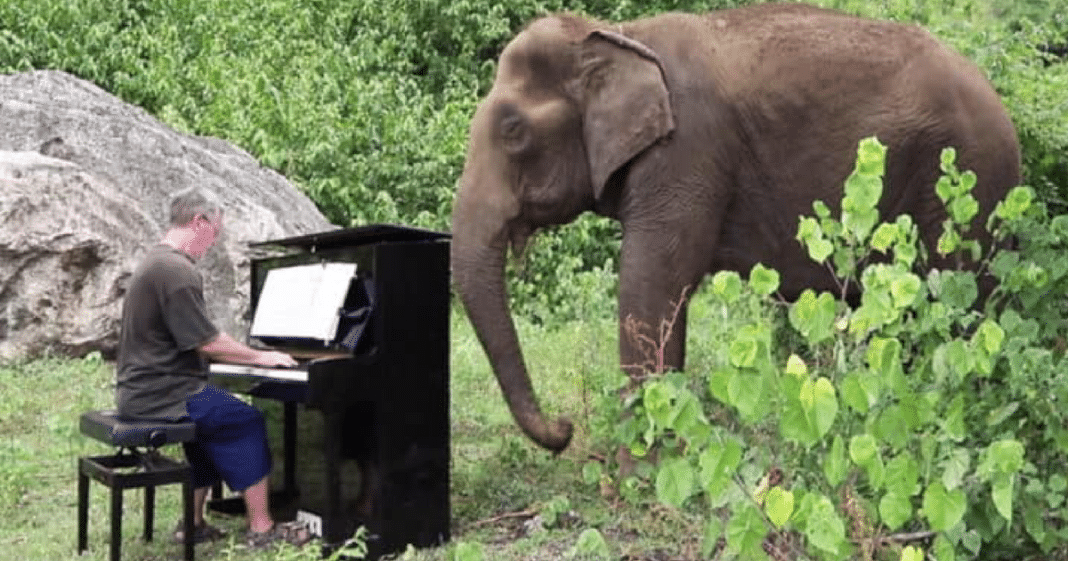 The beautiful, majestic elephant isn’t loved or respected in Thailand. Thai teak wood is some of the most-valued lumber in the world. The amount of this wood in the country’s forests diminished greatly from 1975 to 1986. Thailand finally banned logging in 1989.

Yet loggers still used elephants to haul wood. The twigs and branches would cut and scratch their eyes and cause scrapes on their bodies. Once this ban went into effect, the elephants were considered unemployable and were therefore neglected. They, along with other animals lost their homes as a result of the deforestation. 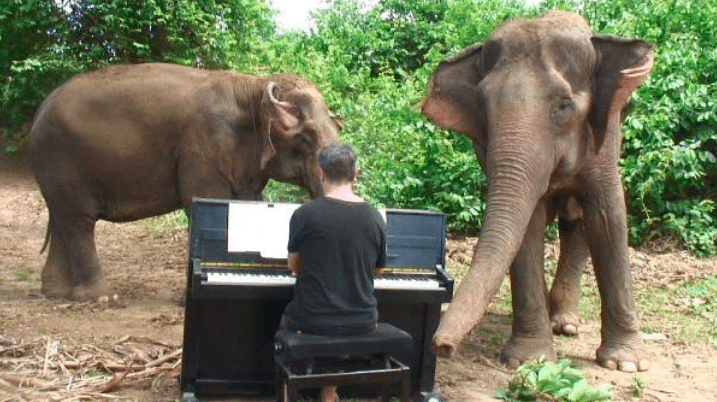 Paul Barton is a concert pianist and musician. He wanted a change of scenery. So in 1996, he journeyed from England to Thailand to teach at the Thai Piano School.

“I thought it would be an interesting opportunity to spend three months in Asia, a place I had always been curious about. But I met my (then), future wife, here and stayed on. We have been married now for eighteen years. She has always been interested in animal conservation and activism, and my influence stemmed from there.”

From his wife, Paul learned a lot about all the abused animals in the country. Paul created the music for Elephants Project. He knows how a song can touch humans. He figured he could use it to calm and comfort the elephant. Paul noticed when he played the piano to blind, injured and/or orphans; he observed incredible results. 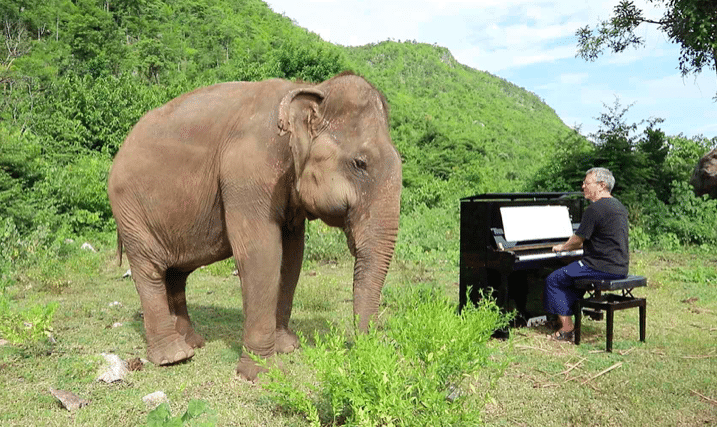 At the Elephants World sanctuary in River Kwai, Thailand, he plays music from some of the world’s greatest composers to these endangered Asian creatures. Watch this video where he plays “Clair de Lune” by Debussy for this 80-year-old female blind elephant called Ampan. She’s blind in one eye, but hearing barton’s music calms and relaxes her. See for yourself in the heartwarming video below: