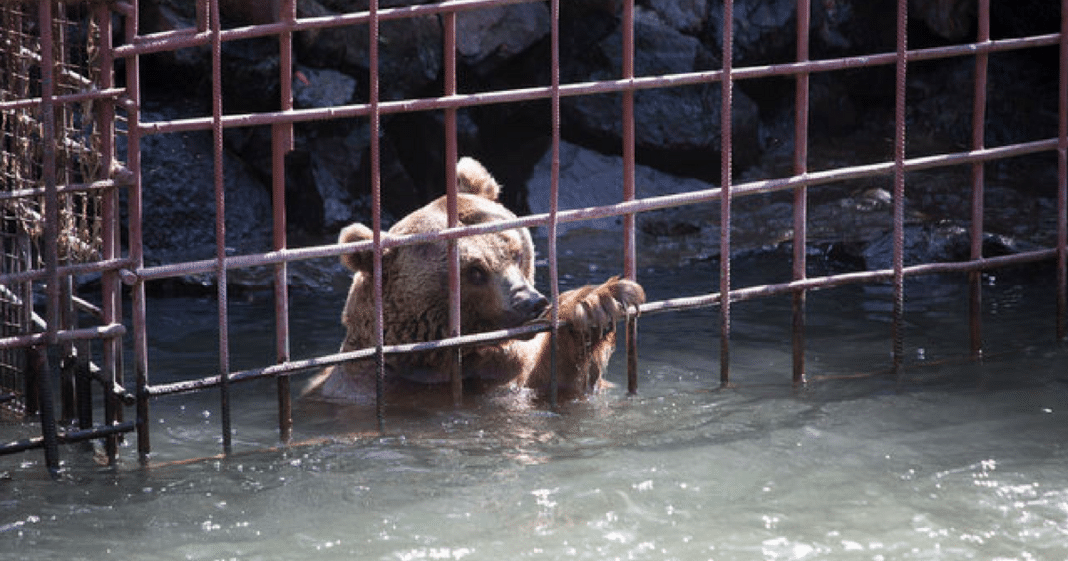 Dasha, a brown bear, was held captive in a cage outside a restaurant in Yerevan, Armenia. For ten years, this was the only home she knew. Dasha and her mate, Misha spent their days climbing the cage’s bars to beg diners for food scraps. To help them cope with the stress brought on by their captivity, they would pace aimlessly in the space.

What compounded their situation even further was the river by their cage would often flood. Water would rise above their shoulders. They had nowhere to go to escape the water. Luckily for the two bears, two international organizations came to their rescue last November. 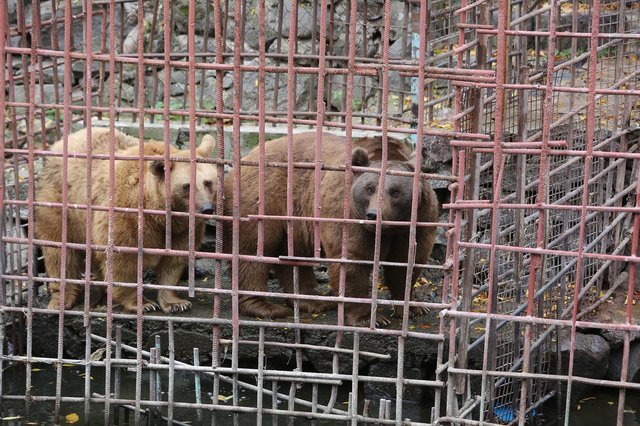 The International Animal Rescue  (IAR) and the  Foundation for the Preservation of Wildlife and Cultural Assets  (FPWC) convinced the restaurant owners to surrender Dasha and Misha. They were soon moved to a mountainside sanctuary where they could live and forage for food freely. For Dasha, her good fortune hasn’t ended after her rescue. In fact, it’s improved.

After a long winter of hibernating in her den, she emerged with two cubs in tow. When she was taken from the cage, her caretakers had no idea she was pregnant. Now the mother bear will be able to raise her cubs in a natural forest environment. 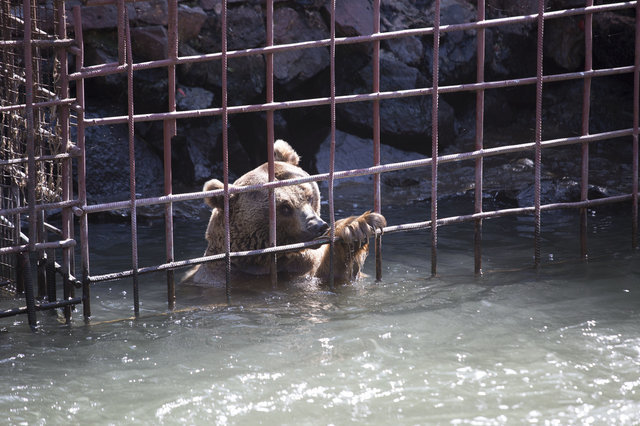 “She received all necessary care after being rescued, enough fruits, veggies, nuts, and honey to gain weight and fat before hibernation … but nobody guessed her good appetite was a result of pregnancy,” Vicky Mkrtchyan, environmental projects coordinator for FPWC, told The Dodo. “Bears’  pregnancies mostly go unnoticed, and they give birth while hibernating, so we saw the cubs only when  she came out of her den after hibernation.” 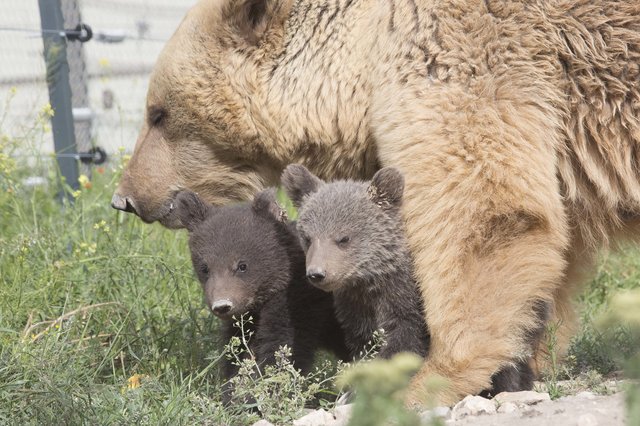 Sanctuary staff doesn’t have contact with the bears unless it’s medically necessary. The gender of the cubs is still unknown. In the two months since they’ve appeared, the two appear to be healthy and doing just fine. Dasha’s a good mother to her cubs; she spends most of her time in the den with them. She only leaves to forage for food. Her babies will remain with her until at least next spring. They’ll be assessed to see if they’re hunting on their own. If so, they’ll be released into the wild. 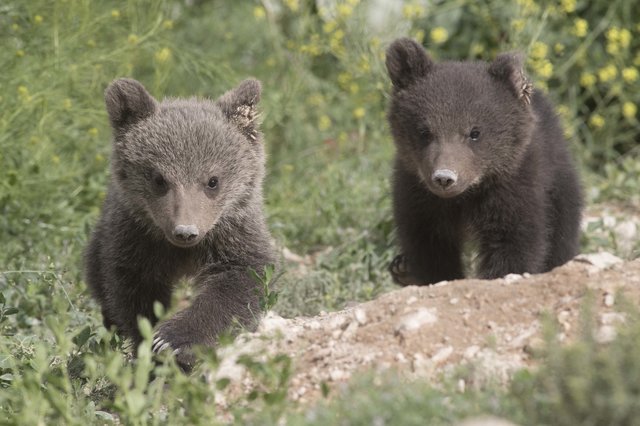 “Next spring could be the ideal time for them to start their new life,” Mkrtchyan said.

The rescue team is grateful to see Dasha flourishing, considering all the suffering she’s endured. “It was already uplifting to see Dasha freed from the barren cage by the river and start to take an interest in life and her surroundings,” Mkrtchyan said. “Now, seeing her with her two little cubs is simply beautiful. It is so moving to reflect on her miserable life behind bars and then  look at her now — a natural mother caring for her cubs, protecting them fiercely from the outside  world.”