Baseball Fan Falls Unconscious, Then Tebow Shows Up. What Happens Next? A Miracle! 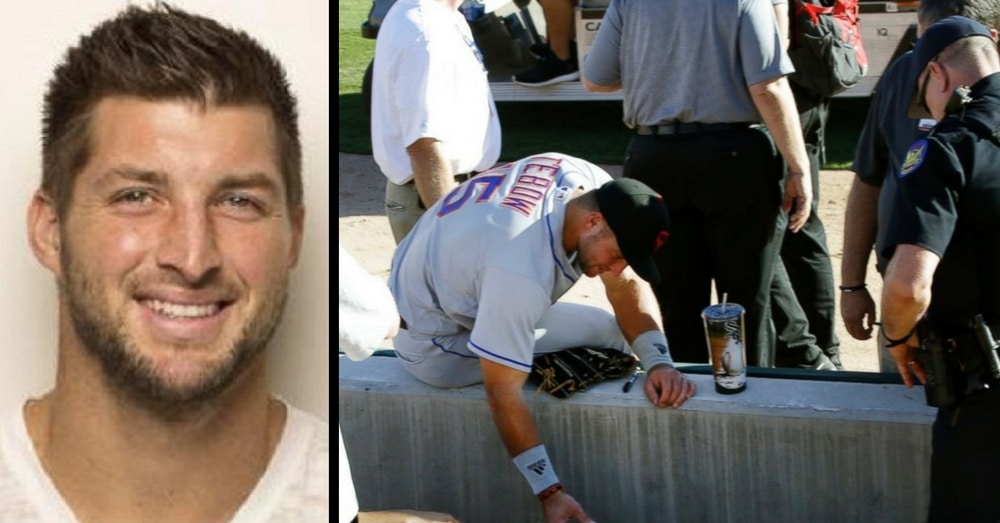 Tim Tebow’s first game for the Scottsdale Scorpions in the Arizona Fall League on Tuesday was one to remember, but not for reasons most would expect. His less than spectacular performance on the field ended in what some are calling a miraculous moment.

As Tebow stayed to do post-game interviews and sign autographs for fans, he was made aware of a man who had fallen sick in the stands. Brandon Berry, who was in the front row, dropped to the ground as his mouth began to foam and his body convulsed in what was later determined to be a seizure.

According to local ABC affiliate KNXV, the former NFL star turned baseball minor leaguer ran to the side of Berry, reached down, and placed a hand on the sick man as he bowed his head to say a prayer. Witnesses say seconds after he was touched by Tebow, Berry jolted up and gasped for air, coughing loudly.

“It was a miracle moment that happened there,” a witness, Daniel Kelly, told the Associated Press.

Tebow stayed with Berry until the EMTs were able to administer care.

“You just remember what’s important,” Tebow later told ABC News. “Baseball’s awesome it’s something I’m so excited I get a chance to pursue, but what’s important is lives matter, people matter. This young man, he mattered. So my first instinct was to just be with him, put my hands on him and pray for him.

“We get caught up in so many different things, things that we’re pursuing and we forget about what matters most is the people around us,” he added.

Head over to ABC News to see more footage of the miraculous moment and read people’s reactions.