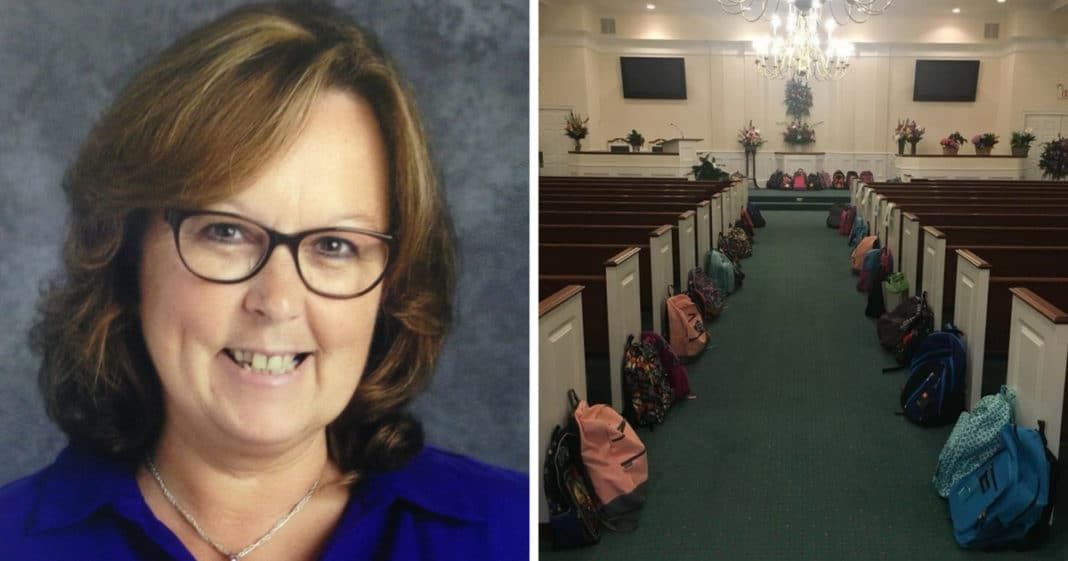 She requested that instead of flowers, loved ones, friends, and colleagues should fill backpacks with school supplies and donate them to students in need.

“A teacher to the end,” said her cousin, Dr. Brad Johnson.

“She was just focused on the love,” said her son, Kevin.

Johnson shared the touching photos as nearly a hundred teachers showed up with filled backpacks to fulfill Waddell’s final wishes.

My cousin’s final request at her funeral was Backpacks full of supplies for needy students instead of flowers. A teacher to the end. @TeachersNet @edutopia @EdWeekTeacher pic.twitter.com/eGig25tYwH

“She had about 100 teachers as honorary pallbearers who carried the backpacks out and back to their schools. It was heartwarming,” said Johnson.

Honorary pallbearers… Teachers who had taught with her through the years… pic.twitter.com/CyB2pBbBNy

In another picture, we see the backpacks filled with all kinds of supplies, ready to go to students. Project Connect, a school district initiative, will handle distributing the supplies.

“Waddell loved children. The generous backpack/supplies donations in her memory is a touching tribute.”

What some of the back packs were filled with… pic.twitter.com/rUWpheecEk

Johnson Tweeted that many people have responded, asking where they can donate their own backpacks, but he suggested that they donate to their own local schools in tribute of Tammy Waddell, a truly wonderful teacher.

See more in the video from Good Morning America and