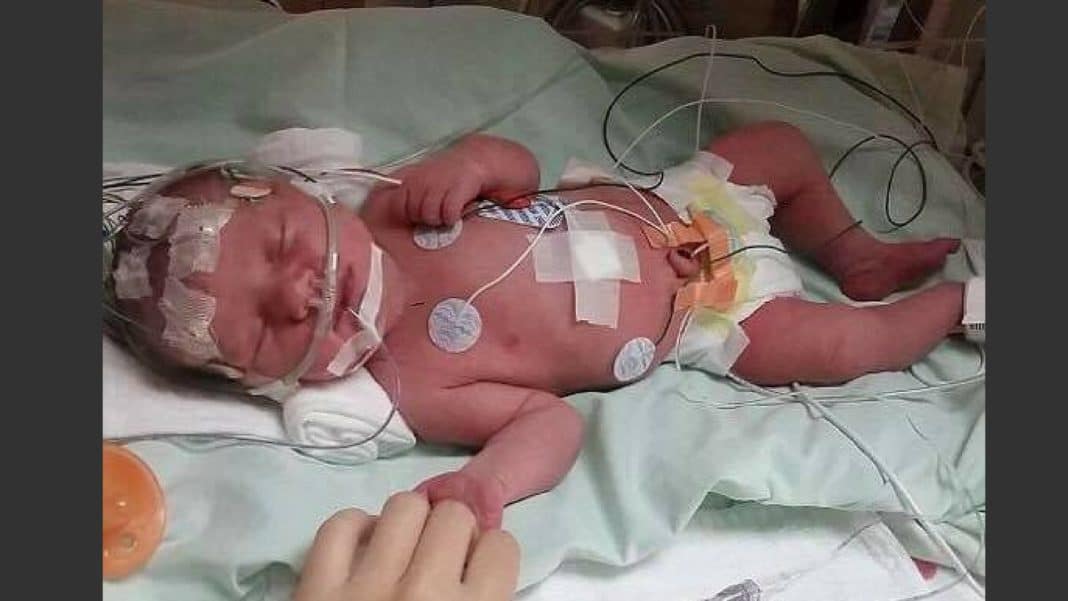 When she was 36 weeks pregnant with her third child, Melanie Kretschmer of Wisconsin thought something was wrong.

Doctors had assured her that her pregnancy was normal even though her child rarely kicked: ‘It was a mother’s instinct, and I couldn’t shake the feeling something wasn’t right,’ she said.

She hadn’t felt her baby kick in over a day. Indeed, when she arrived at Marshfield Medical center, Melanie learned the child was in distress. She wasn’t told why, but it was evident her baby needed help now: ‘They just told me she needed to be born and born urgently,’ she said.

Turns out, her unborn daughter, Naomi, had a stroke while in her womb.

Within an hour, Melanie was under general anesthesia while her daughter was delivered by c-section; little Naomi was seizing and had to be resuscitated after birth. She was in the neonatal care unit. Melanie described the fear she and Joe, her husband experienced learning that their daughter was fighting for her life: ‘It was about four or five hours later when doctors came in and told me that she had not been breathing and they had to resuscitate her,’ she recalled.

The stroke she had while inside her mother’s womb force Naomi to now live with epilepsy and cerebral palsy. She is partially paralyzed on her right side. She suffered a brain hemorrhage that permanently damaged the parts of her brain which handle language and reasoning.

Despite this grim occurrence, 19 months later, Naomi and her family live day-by-day enjoying precious miracles. Naomi sometimes talks, scoots, and claps. She is completely defying doctors expectations. She is reaching ‘inchstones’ as her mother calls them. 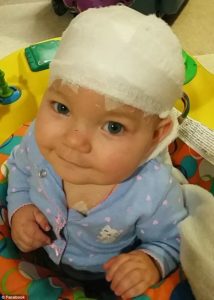 ‘She is sitting up by herself, scoots all around the house and goes down the stairs and recently started clapping,’ Melanie said.

Melanie added that her daughter brings her right hand to meet her left when clapping – a big victory that shows she is gaining movement on her right side.

‘She just has to work harder and think harder to move.”

Fetal strokes happen in more unborn children than you might think. Approximately 1 in every 2,800 births, the children suffer these debilitating issues. Those who survive the strokes have a 60% chance of having permanent brain damage. Naomi is lucky.

After their daughter was born, Melanie and Joe wondered what kind of a life she’d lead. Would she walk or talk?

‘I asked all of those questions but nobody was able to give those answers,’ Melanie, who formerly worked in pediatric medical support said.

The couple said the news of their daughter’s diagnosis was ‘mind-blowing.’ They were obviously scared. Naomi was so fragile, and they were unfamiliar with the cocktail of medications she’d require.

Naomi still has seizures. Since then, they have decreased from three to four a day to several times per month. The little girl began occupational therapy at 2-months-old followed by physical and speech therapies. Because of her cerebral palsy, she uses leg braces to help stabilize her. She can say many words like ‘mama and dada.” 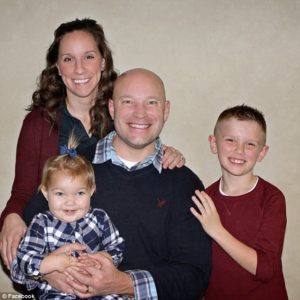 Along with caring for Naomi full-time, Melanie has started a nonprofit to help raise money for families who have children with disabilities. Naomi’s Need for Peds has hosted 5k runs, silent auctions, dinners, and raffles to provide assistive medical devices to families whose insurance won’t cover these necessary items.

As for what the future holds, Melanie says: ‘We’re learning to live life day by day.

‘The old saying about what you do when life gives you lemons is apt here. This family is making the best of their situation. They don’t know what’s ahead, but they cherish the small triumphs Naomi reaches.