Baby Stabbed 14 Times And Left In Shallow Grave. What Happens Next Is A Miracle.. 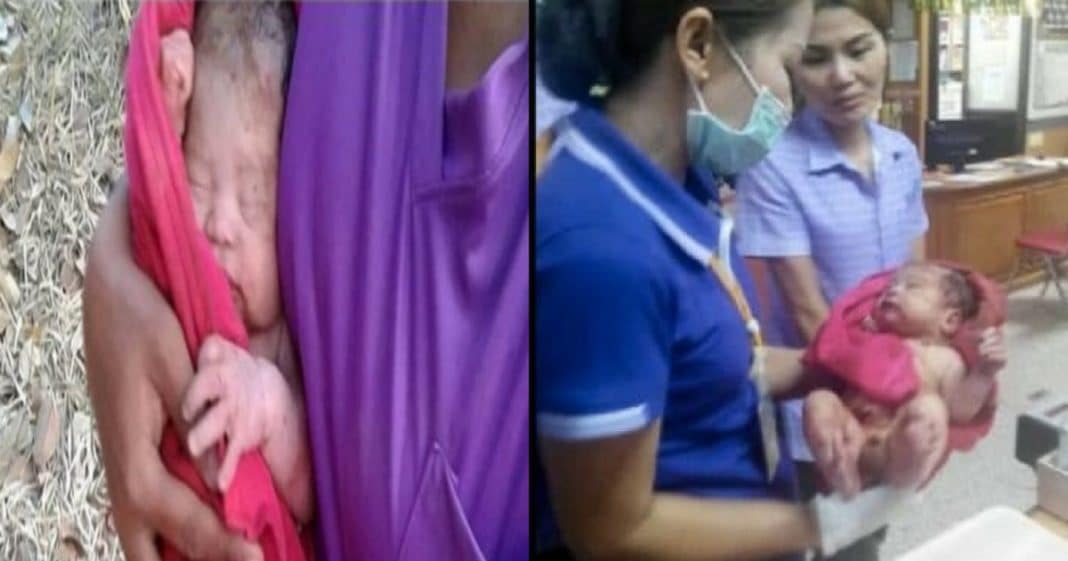 Kachit Krongyut, a farmer in Thailand, had just put her cows out to graze when she heard a strange noise coming from a patch of fresh soil. It sounded like crying and she assumed someone had buried an animal, but when she got closer she couldn’t believe her eyes.

As she approached the patch of dirt she noticed a tiny human foot sticking up from the ground. She hurriedly began to dig and found a baby with stab wounds all over buried facedown in the dirt.

Remarkably, the little boy was still alive and Kachit quickly pulled him out of the shallow grave he had been placed in and ran to find help.

Doctors worked tirelessly and, even though the baby had been stabbed 14 times and there was evidence of previous abuse, he was able to pull through.

The little boy, who they named Aidin, made a miraculous recovery and is now doing great. Despite all the trauma of his early life, caregivers at the orphanage where he lives say he is a happy baby and has lots of character.

And there is even more good news – a couple in Sweden is in the process of adopting Aidin!

“[All] of the safety checks have been carried out to make sure Aidin goes to a good home,” said Supachai Pathimchart, who works at the orphanage. “We’re very happy that he will be going to a good home and [will] have a comfortable life.”

Even though he started out life in the most horrible way imaginable, Aidin is a fighter and we know he has an amazing life ahead of him.

Were you happy to see Aidin thriving after the horrific abuse he endured? So share this!