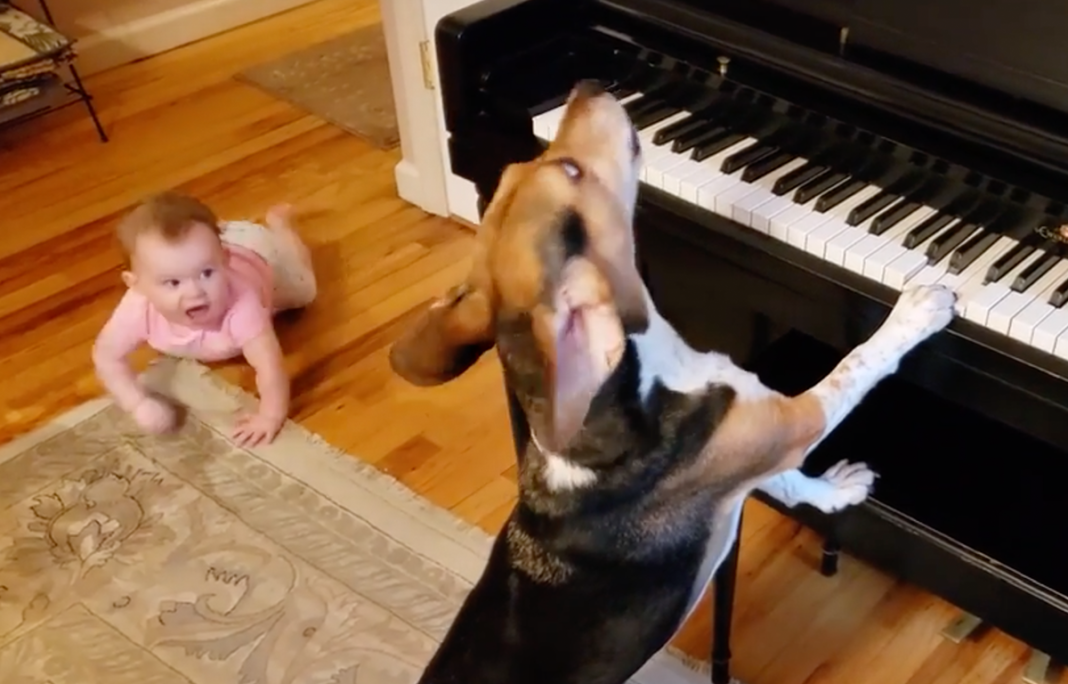 Buddy Mercury, a rescued beagle from New York, may be one of the first dog artists with his own album on iTunes, Buddy Mercury Sings the Blues. However, his “baby sister” wasn’t having it after the singing beagle woke her up from a nap.

Buddy is a prolific singer and piano player and was singing his heart out when Baby crawled into the shot. Just as Buddy was really getting into it, she let out a funny chatter and quickly crawled to the piano. 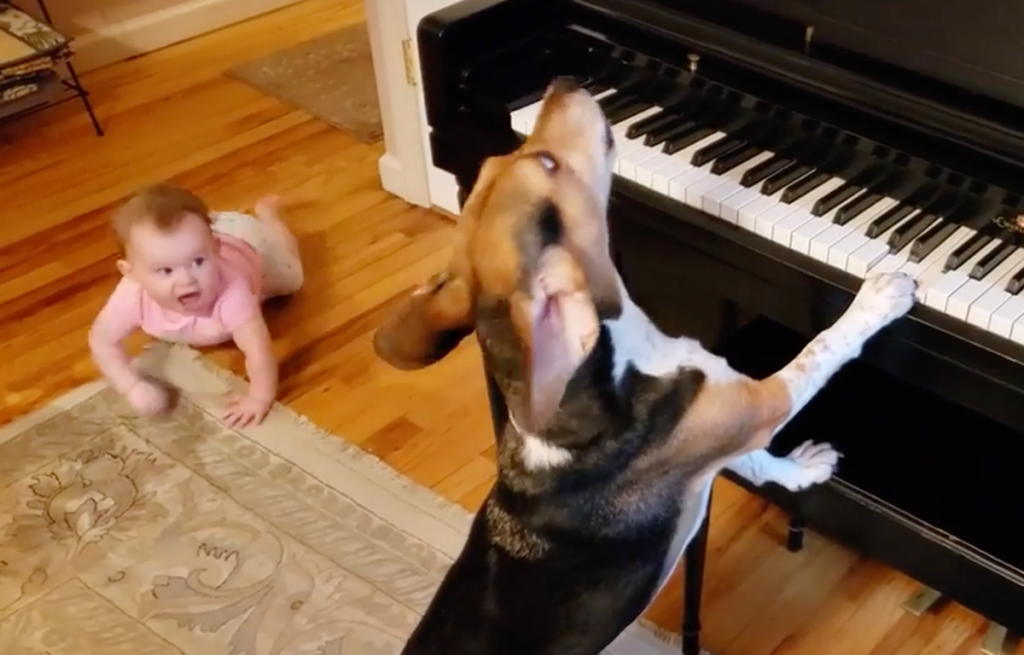 Baby chatters and heads over to the piano

While Buddy continued, unperturbed, she seemed to know exactly what she was doing. She moved up underneath the dog, raised up to her knees and grabbed Buddy by the paw, pulling him right off his balance. 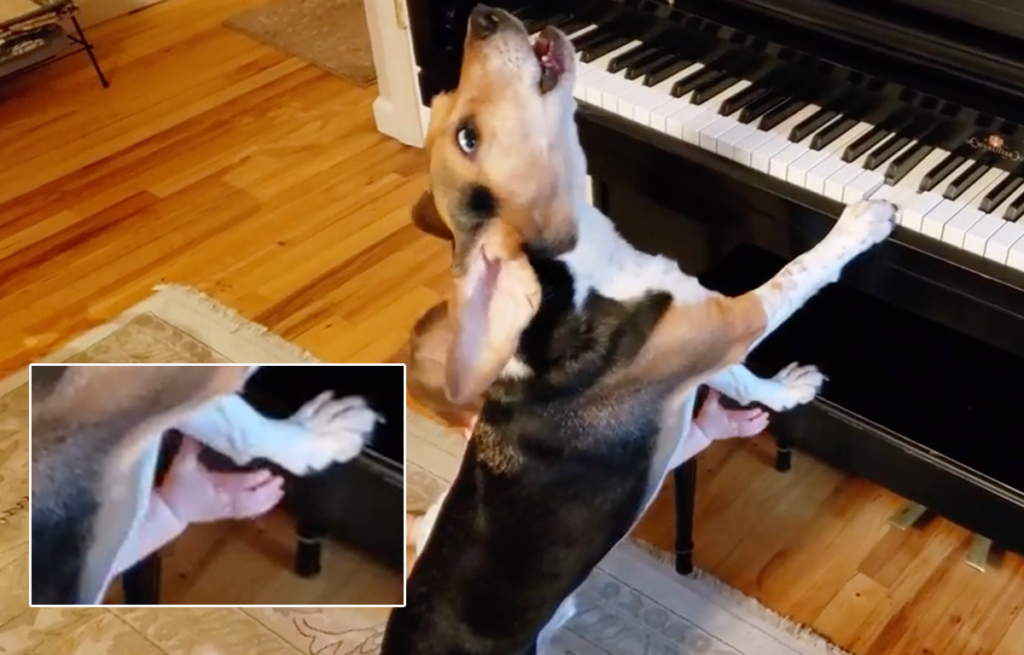 Baby sneaks up and grabs Buddy by the paw

With an unceremonious finish, Buddy plopped back to the floor as the baby seemed to show a certain look of mischievous satisfaction for her deed. 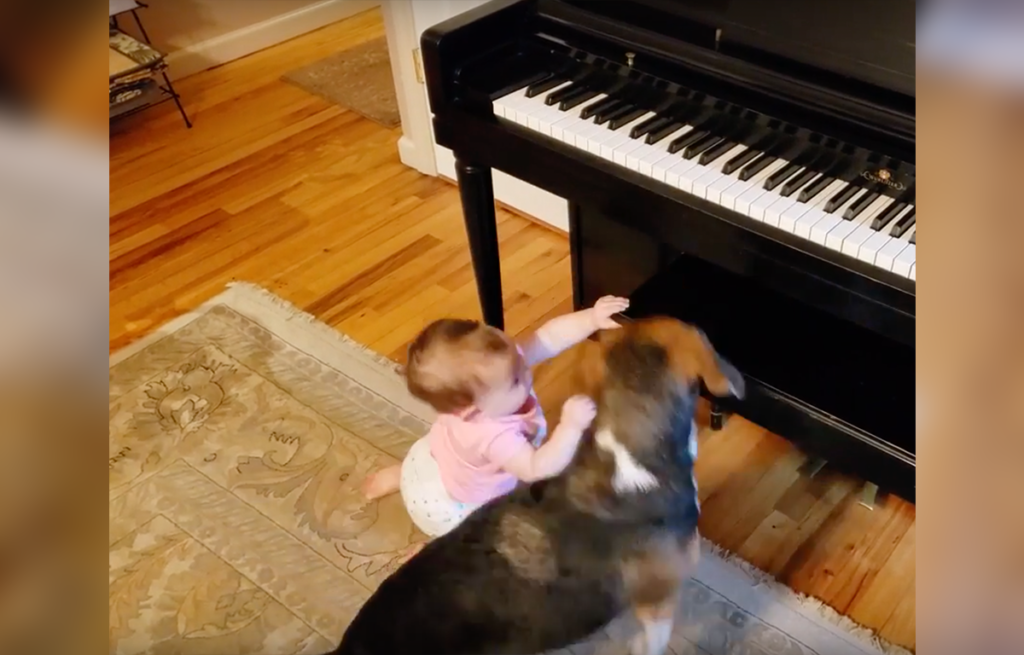 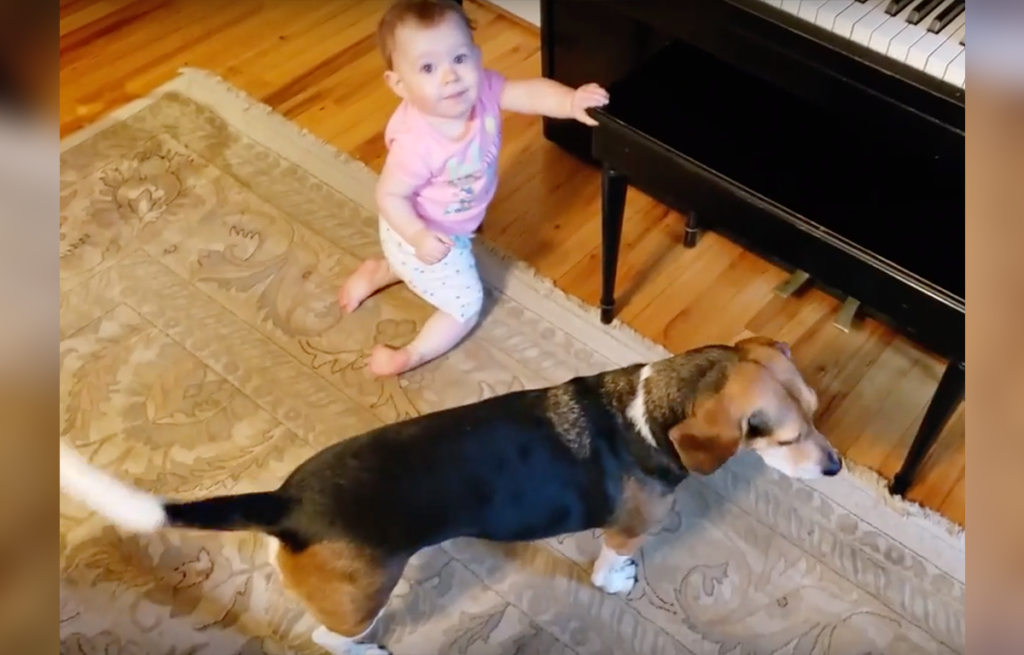 Baby looks satisfied with herself

“Hey, he was playing so good!”

“I can’t believe it. That was a great performance, Buddy.”

Buddy looks right at the camera as if to say:

“Yes I know. Can you believe that?” 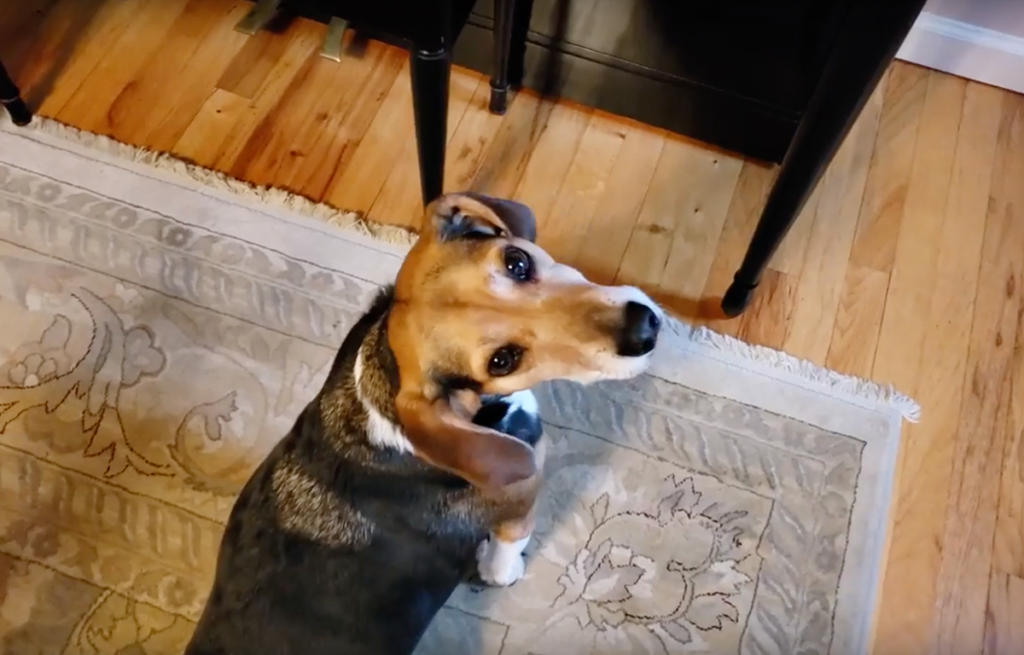 Buddy looks at the camera

Of course, Baby doesn’t always mind sharing the spotlight. She often accompanies Buddy in his performances and has done so since she first became old enough to join him in duets back in March.

Here's a lil something to brighten up your day! My baby sister is finally old enough to duet with me! We hope you…

See the video from Buddy Mercury below:

See them perform together below: