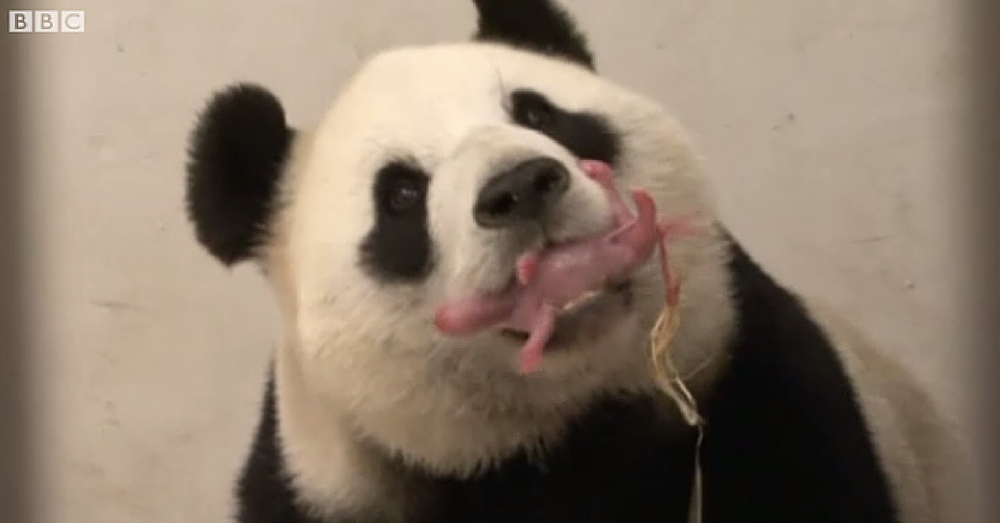 A giant panda cub has been born at a zoo in Belgium, an event so rare it is being described a “true miracle”.

The healthy male cub was born at a wildlife park outside Brussels to six-year-old Hao Hao and her mate Xing Hui, both on loan from China.

There are only 1,864 giant pandas worldwide, and about 300 live in zoos to protect the species. 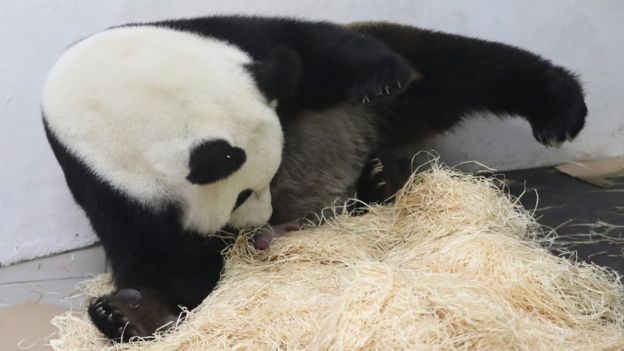 Weighing only 171g (6 oz), the cub can barely be spotted underneath Hao Hao

“It’s a boy!” the director of the Pairi Daiza wildlife park, Eric Domb, told a news conference at the zoo in southern Belgium.

“Everything went exceptionally well,” he added.

The pregnancy was confirmed only a couple of weeks ago.

But pandas struggle to reproduce in captivity, and the team was cautious, even at that point, if and when Hao Hao would give birth.

The cub, described as “a little pink sausage”, gave a loud squeal as it was born, according to the park’s zoological director Tim Bouts.

Mother and baby are doing well, but Mr Bouts said the newborn was still in a risky period for any young panda.

Hao Hao, whose name means “kindly”, scooped up her baby and held it in her jaws to protect and clean it.