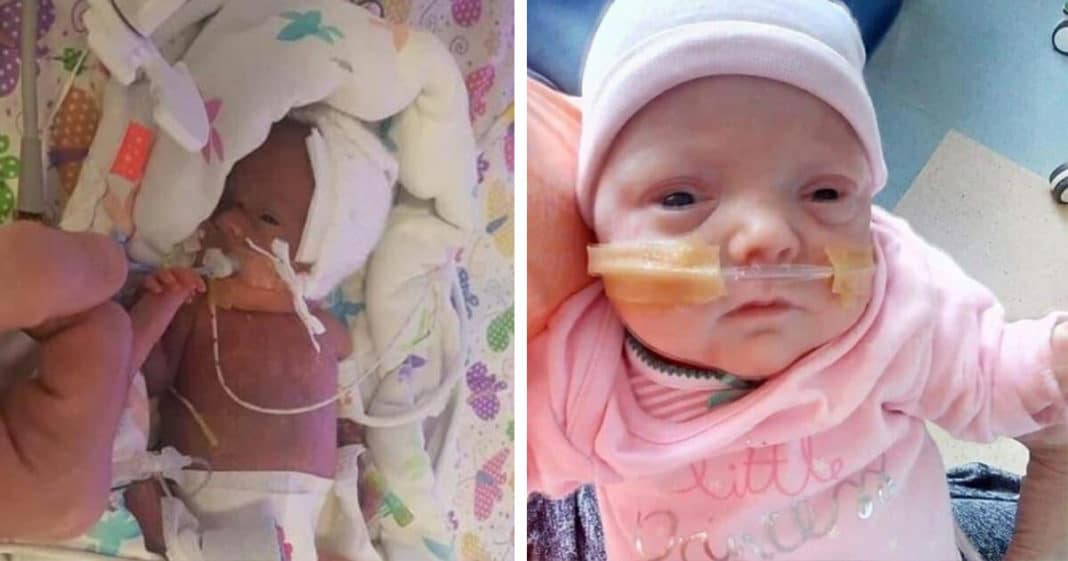 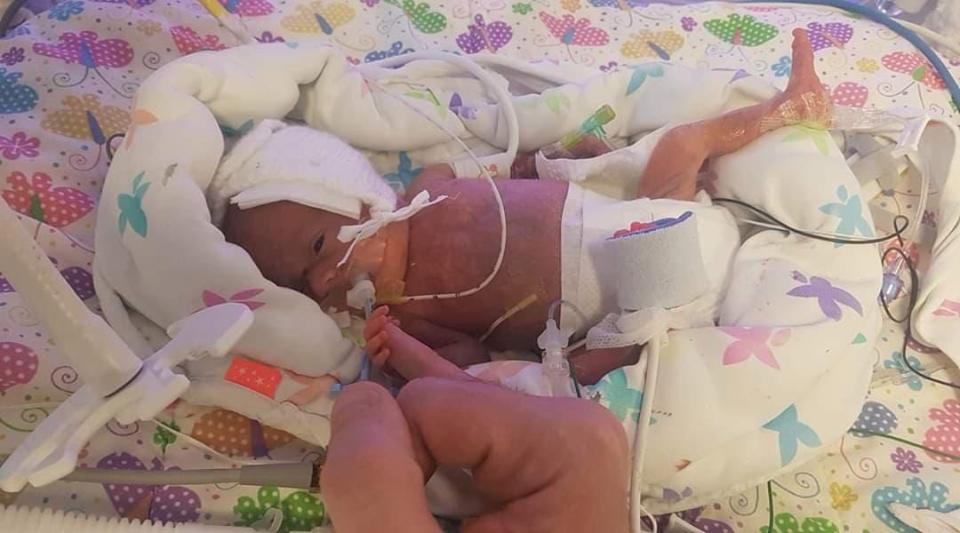 The song “I’ll be home for Christmas….you can plan on me” takes on a whole new meaning when the person coming home is your baby who was born four months prematurely.

When Jodie Marrin was expecting her baby, she had no idea that the little girl she already cherished would be born 22 weeks and four days into her pregnancy. When little Sussie Bea Patrick was born, she was the size of a chocolate bar.

When her baby was born, doctors told Marrin and her partner Lee Patrick to “expect the worse.” Marrin had sepsis and Sussie contracted it in the womb, Patrick explained.

“Everything was fine with mum all the way through,” he said.

“It was sepsis – mum contracted it or baby contracted a bug and passed it on to Jodie,” Patrick explained. 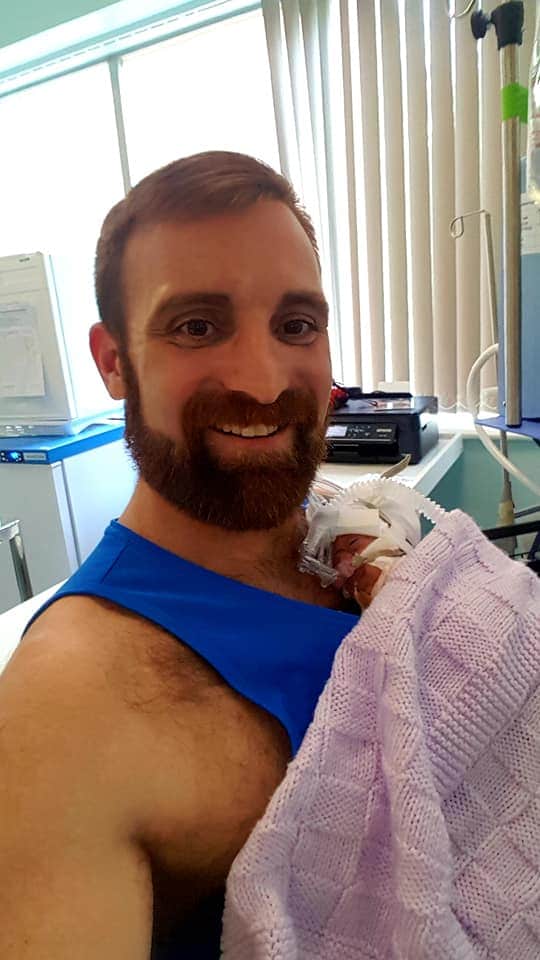 The Birkenhead man was mystified, saying that Jodie’s pregnancy was perfectly normal up until that point. When Jodie got sick, Patrick rushed her to the hospital, but Sussie Bea was struggling to wait.

“She was throwing up. Within 15 minutes she was giving birth in the back of the taxi to hospital. Within about 15 minutes Sussie literally slid out. I grabbed her and said ‘help!’ This was in Arrowe Park in one of the triage wards.

They barely made it to the hospital.

“About 10 minutes after we got to the hospital she gave birth.” 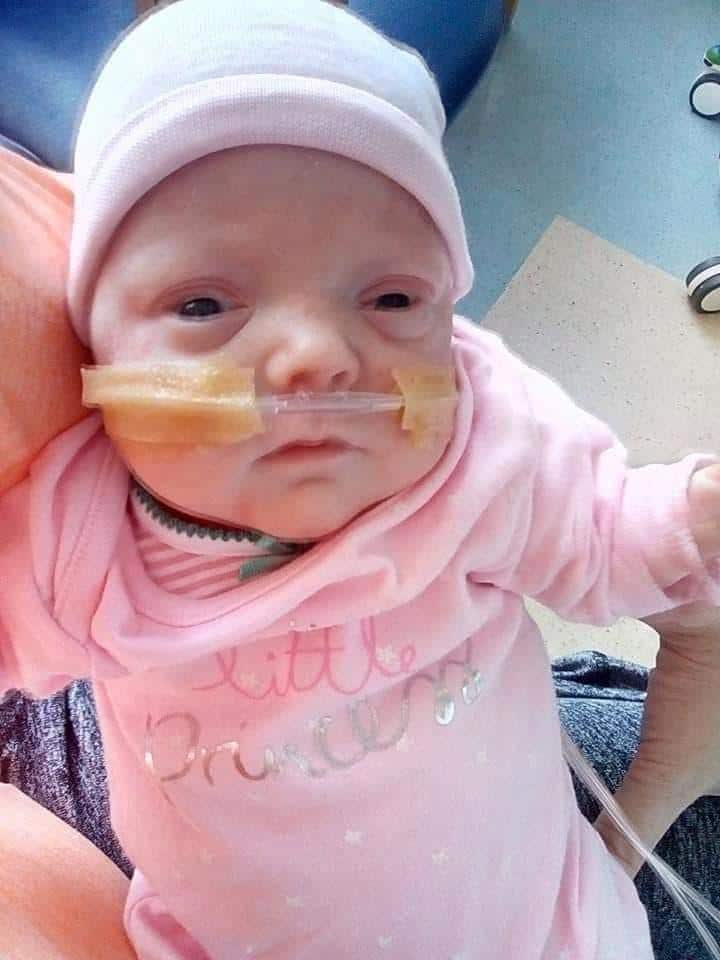 Doctors warned Jodie and Patrick to say their goodbyes, adding that if Sussie Bea did survive, she’d have no quality of life whatsoever.

“They said she wouldn’t be breathing for long and might not look like we expected,” Patrick said. “They said they would let us be together as a family. She came out and gave a little whimper so they started working on her. We were told it wasn’t worth [treating her]. They said she wouldn’t have a quality of life but we said ‘look that’s something that we will have to deal with but if she’s fighting we have to fight’. And she’s here now.” 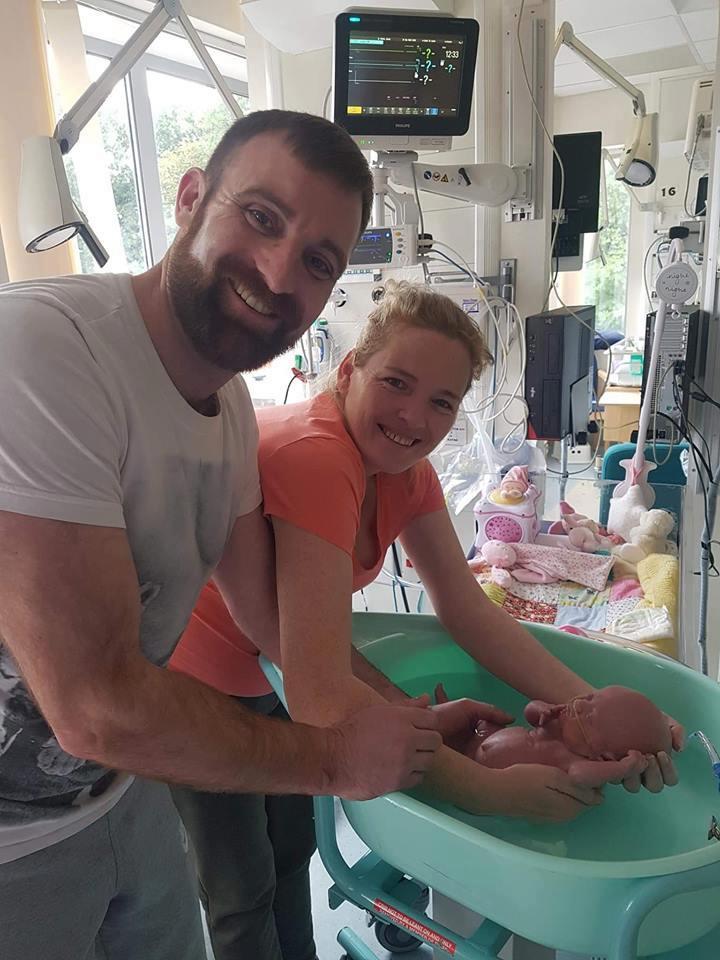 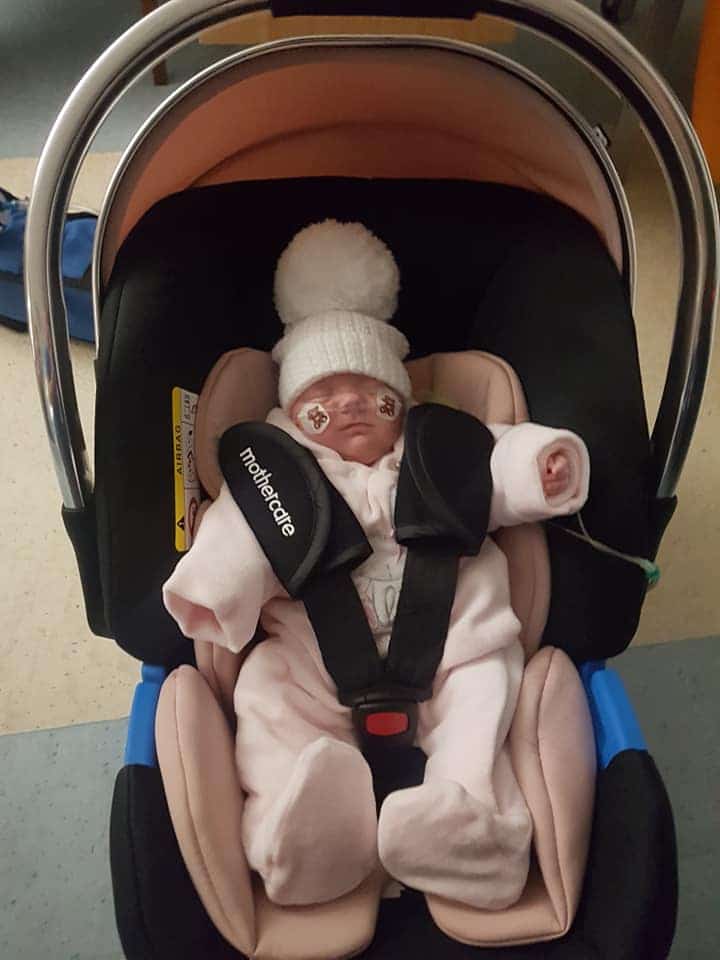 And fight she did. Sussie Bea weighed only one pound and one ounce when she was born at Arrowe Park Hospital, Wirral. The family lived in Ronald McDonald House at Arrowe Park for three and a half months while Sussie grew stronger. Understandably, Sussie Bea has become something of a celebrity at the hospital. She’s a miracle baby. In fact, her dad calls her “his little miracle.”

Five months later, she has come home, just in time for Christmas. 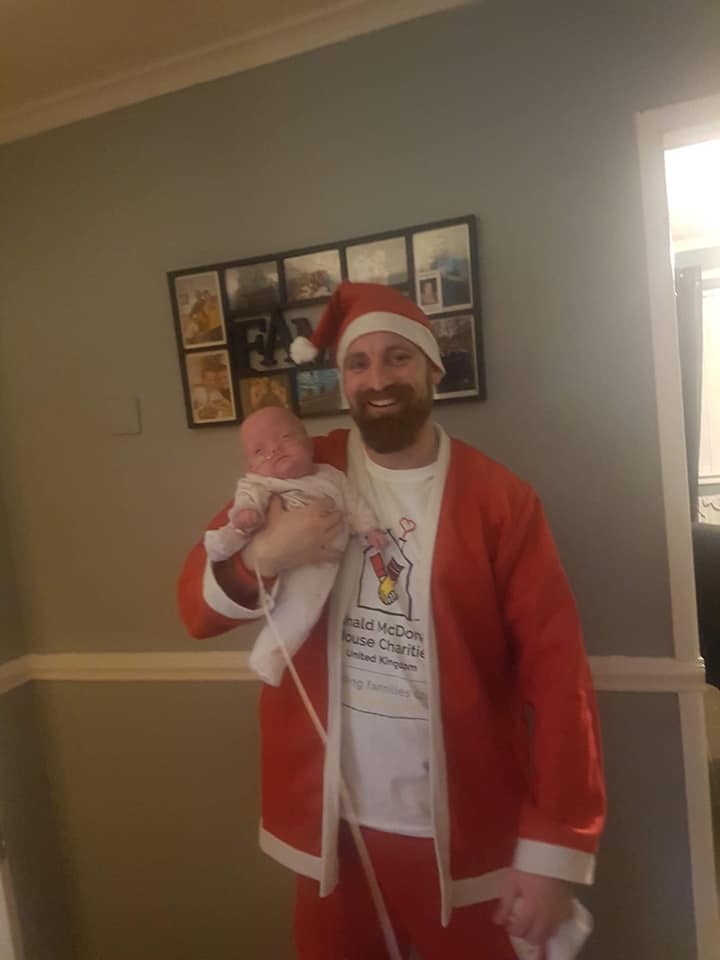 Sussie Bea is still on oxygen at home but otherwise is “perfect,” in the words of her dad.