Baby Elephant Starts Drowning In Pool. Now Watch What These Other Elephants Do Next 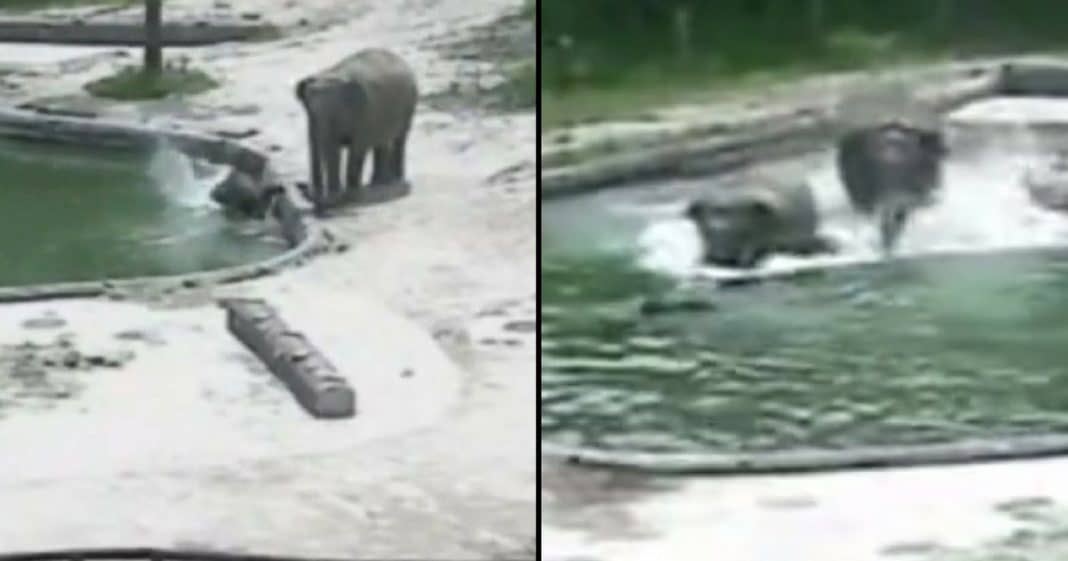 Animals are truly incredible creatures, and they remind us time and time again that they are more than just “dumb beasts.” All over the animal kingdom – from dogs and cats to dolphins and tigers – we see examples of animals with true emotions and care and concern for those around them.

Never was that more clearly displayed than in this footage captured of the elephant enclosure at the Seoul Grand Park Zoo in South Korea.

Baby elephant Hope was standing near the enclosure’s pool trying to get a drink of water when she lost her balance and fell in.

While elephants can swim, it was soon clear that Hope was struggling. The small elephant was trying to keep her trunk above water, but she was obviously frightened and not sure how to get herself out of the pool.

As soon as Hope began to struggle, though, her mother and aunt leapt to her rescue. The two large elephants charged into the water and “herded” Hope toward a ramp where she could regain her footing and walk out of the pool.

Elephants are known for their strong family bonds. The members of the herd watch out for each other and take care of each other, and never was that so clearly displayed than in this incredible rescue.

I think we could all learn something from watching the animals – they often provide the best examples of kindness and compassion, and the world definitely needs more of that!

Were you amazed to see the way these elephants rushed to Hope’s rescue when she was drowning? So share this!