Baby Dies 5 Months After Birth, Then Mom Reveals What Doctors Told Her When She Was 36 Weeks Pregnant 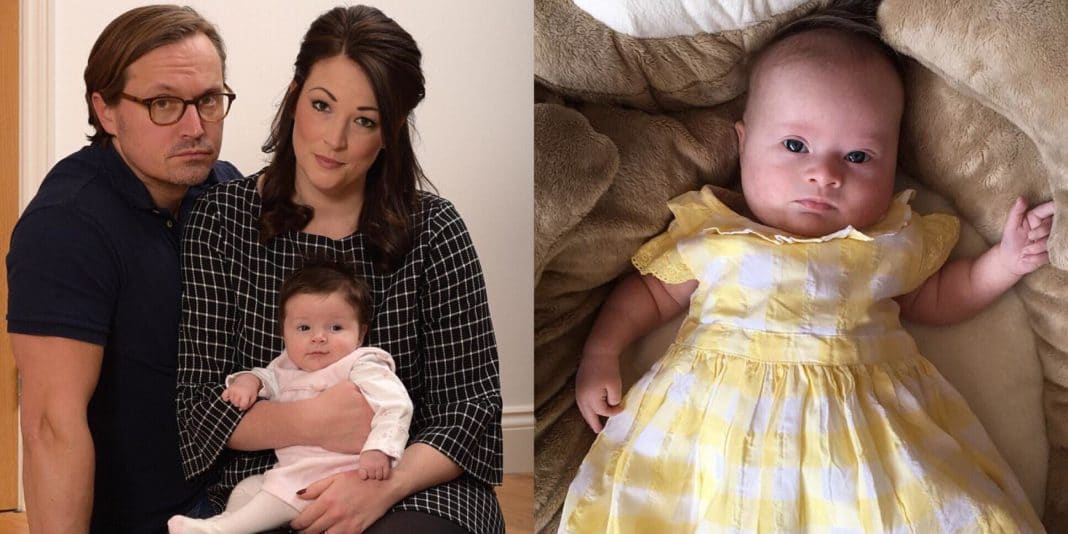 Hannah and Ben Day were expecting their first child. All was going well until Hannah was 36-weeks along when doctors revealed their daughter, Iris had Down Syndrom. A scan also showed the baby had several holes in her heart; this is a condition called atrioventricular septal defect.

This condition is common in children with Down Syndrom. The Day’s were referred to a fetal-maternal medicine consultant who asked them if they would consider abortion. They were horrified:

“We were both taken aback. We didn’t even know abortion was an option. It was awful,” Ben Day said. “We were offered a termination at 36 weeks, which is disgusting.”

A week later, doctors confirmed Iris did have Down Syndrom. The NHS provided them with a very discouraging pamphlet about the genetic disorder:

“It was a list as long as your arm saying, ‘These are the things that could be wrong with your child; these are the challenges you are going to face,’” Ben Day said. “Basically, everything we heard from the NHS was very negative.”

If Iris’s parents had succumbed to the pressure from the British Health Care System or insisted themselves, they could’ve aborted Iris. Hannah and Ben described the discrimination they experienced at the hands of NHS staff; it made them vow to give their daughter the best life possible despite her diagnosis.

“We feel that the majority of NHS staff who came into contact with Iris in her short life let her and us down in the worst possible way,” the Days told the Daily Mail. “As her parents, we were made to feel like an annoyance to the NHS on the day she died – and on every day after she was diagnosed with Down’s Syndrome.”

Iris was born in 2016; she lived for just five months outside the womb. Iris needed to have heart surgery, but doctors delayed the operation three times. Her parents still wonder today if their daughter would still be alive if she would’ve had the surgery. Iris died before she could have the operation.

“From the outset, we felt like we were steered towards an abortion,” said Iris’s father, Ben.

“I just don’t agree with this notion that, if the baby’s not perfect, it shouldn’t be brought into the world,” her mother added. “Because Iris was an IVF baby, for us she was our little miracle. She was so wanted – and every day with her was precious.”

The Days feel their daughter’s case wasn’t treated with the urgency it needed all because she was diagnosed with Down Syndrom: “This was an ill child, not a tin of beans. It was ridiculous,” her father said.

In England, abortions are legal up to 24 weeks; they can be done up to birth if there are a “fetal anomalies” even minor problems like a cleft lip.

Most abortions are done on babies with disabilities. This has been a frequent practice around the world for decades. Doctors and genetic counselors are encouraging the abortions of babies with Down Syndrom.

Parents report feeling significant pressure from these professionals to abort their child.

CBS News reported on this last year. It found that Iceland has a 100% rate of abortions of unborn children with Downs. In France, it was 77% in 2015; 90% in the U.K. and 67% in the U.S. between 1995 and 2011. Some though, put this number in the United States as high as 90%. We should note the numbers aren’t solid because the United States doesn’t keep track of the number of abortions done.

Professionals are present to offer objective advice, not to pressure or guide people to make a choice they’re not comfortable with. These doctors and counselors shouldn’t have gotten so involved in the cases of their patients. They aren’t the ones charged with making the difficult decisions.

Poor Iris could perhaps still be alive if she hadn’t been so horribly neglected by her doctors. Her parents were deprived of their child; after working so hard to bring her into the world, she was unnecessarily and unfairly stolen from them.