Baby Comes Out Breech In Bathroom, Then Mom Screams For 10-Yr-Old Son 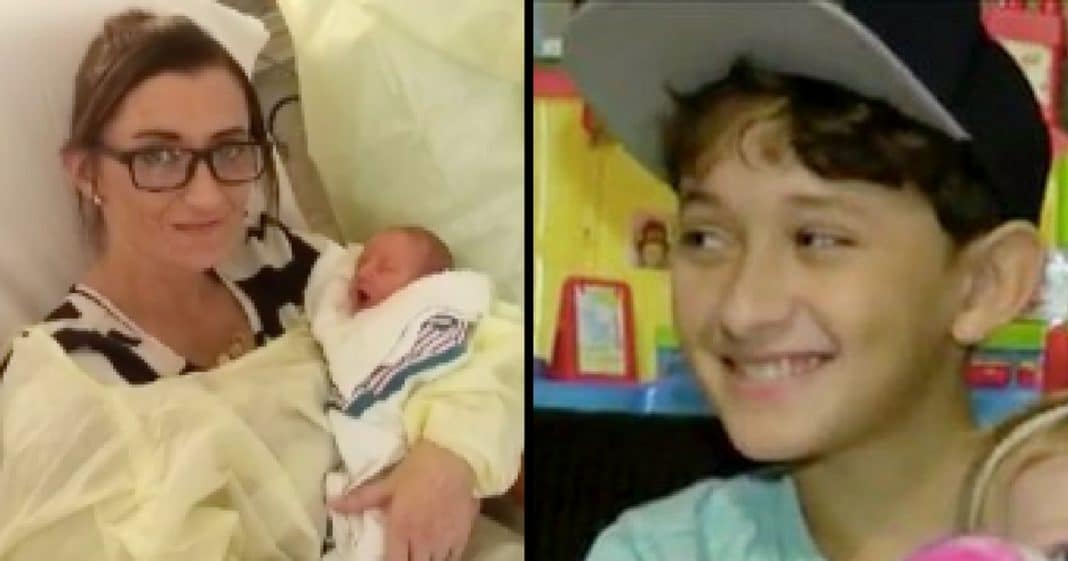 Ashly Moreau was only 34 weeks pregnant when she went to use the bathroom, a typically mundane thing. Little did she know, though, that this was anything but a normal trip to the bathroom.

Ashly had unexpectedly gone into labor. “My water broke and I looked down and my son’s feet were hanging out,” she recalled. Her baby was coming out breech.

Ashly’s husband had just left for work and she was home alone with her 11-month old daughter and 10-year-old son, Jayden Fontenot. She called for Jaden and he ran next door to tell his grandmother, who immediately called 911.

By the time he returned to his mother, though, blood was all over the bathroom floor. That’s when the hero in Jayden arose.

“When he got to the bathroom, he just took a deep breath and said, ‘Okay mom, just tell me what I need to do,’” Ashly recalled. “He didn’t look scared, he looked calm and brave and I said, ‘Okay, I’m going to tell you what to do and we need to get your brother out as fast as possible because he’s breeched and he can’t breathe.’”

Jayden did as his mother instructed and gently pulled his brother out by his legs. When the baby came out, Jayden noticed that his brother was not breathing. Without hesitation, he ran to the kitchen to retrieve a nasal aspirator to clear his nose. Meanwhile, Ashly recalls, “I wasn’t even thinking, I was just amazed. I didn’t know what was going on.”

Thankfully, the premature baby, named Dax, survived and has been recovering in the NICU. He is expected to be released to go home soon.

Jayden’s mom couldn’t be more thankful for or proud of her son. “I am so proud of him. He is brave, and he is strong, he is my hero,” Ashly said. “He saved me and his brother’s life.”

Were you amazed at young Jayden’s heroic efforts to save his mom and baby brother? So share this!