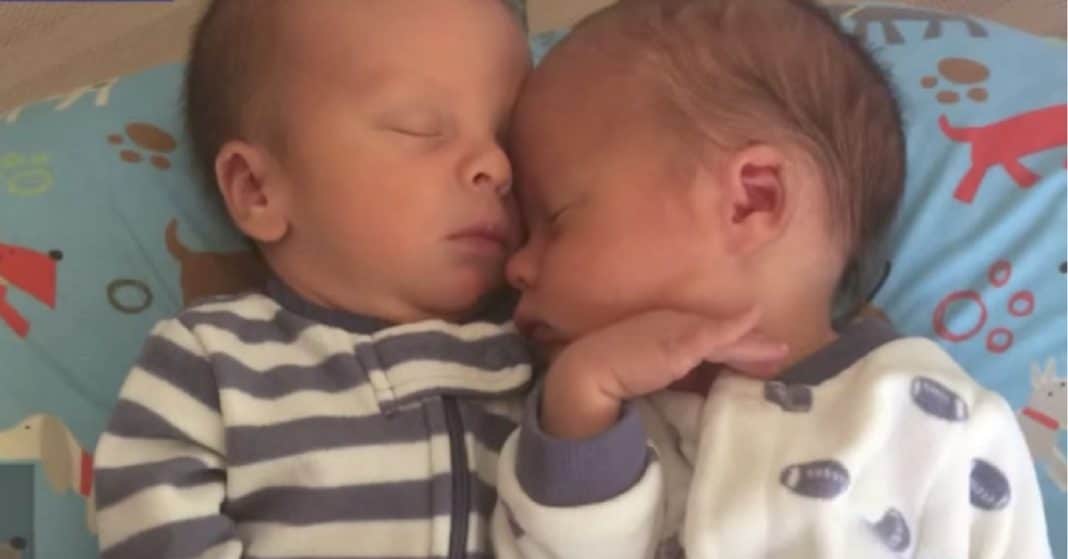 We are not oblivious to the rare and unusual twin births that unexpectedly occur around the world. Some twins end up being born on two separate days, some have even been born in two separate years (New Year’s Eve/New Year’s babies), and there are also stories of mothers going into labor with one baby and discovering that they actually have two!

Regardless of the uncommon childbirth stories you have heard, this one might take the cake!

Samuel was the first to come out of his mother’s womb, but his twin brother Ronan is technically the older twin. Wait…huh?

It may sound like an unsolvable riddle, but the answer is simple: Daylight Savings Time!

On November 6, 2016, the two brothers made their first appearance into the world. Their father, Seth, had a feeling that something surprising might happen that night.

“I said earlier that night they were either going to be born on two different days or the time change was going to come into play,” said Seth, a Massachusetts state trooper.

His post-time-change birth means that he was, in fact, born at 1:10 a.m., and he even has a birth certificate to back up his future “I’m older” claims! Wow!

Even one of the maternity nurses at the hospital was in total shock over the situation. She had never seen anything like it in her 40 years doing labor and delivery.

“Hopefully they’re not going to be fighting over it for the rest of their lives,” Seth joked.

Samuel and Ronan just celebrated their first birthday, but their awesome birth story will follow them forever.

Did you love this surprising birth story as much as we did? So share this!